New Update!
It should be completely compatible with all previous versions. 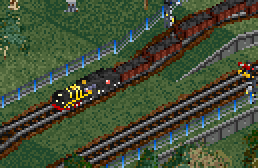 I did some more research and I found quite a bit of trains to make. It used to be a list of only a handful of trains left; an ALCO, and 4 steamers. Now we've expanded the list a bit to 2 diesel railcars, 23 steam locomotives, 2 EMUs, 4 Electric locomotives, 1 steam railcar and 2 electric railcars.
I really want to make a narrow gauge railway, but the only narrow gauge train for which I pretend to have enough data is an electric passenger car. There are also 3 narrow gauge steam locomotives; a Czechoslovak 0-6-0T, a North Korean 2-8-2 and a Japanese 2-8-0. I don't have enough information about these trains to really implement them. If you come across anything, please, shoot me a PM or leave a reply in this thread.
No pics no clicks. Seriously. Also stop using Modern Maglev Trains. Use RIMS instead.

Have you ever wondered what it'd be like to have the bigger button? Ever wondered if you could be the leader you always wanted to be? Wonder no more! I present:
North Korean Faces

Thanks to PaulC for the code!

It's on Bananas.
No pics no clicks. Seriously. Also stop using Modern Maglev Trains. Use RIMS instead.

I couldn't get the grf you posted above to work, but the one on Bananas is ok.

Interesting. It works for me.
No pics no clicks. Seriously. Also stop using Modern Maglev Trains. Use RIMS instead.

Erato wrote:Interesting. It works for me.

I am of course still working on this set. Especially because I don't want to be working on NATS right now and don't really feel like working on any of my other projects and don't know what new project I'd like to tackle.
Here's a sneak preview of the next version: I reworked the Pyongyang metro trains as I didn't like them. After reworking it I have one question to past-me: What kind of sunstroke did you have when making the DK4 (the uppermost one) 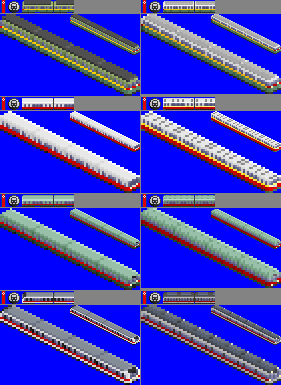 Other things coming your way are some railcars, some EMUs and some electric locomotives. And some re-balancing work. Yay.
No pics no clicks. Seriously. Also stop using Modern Maglev Trains. Use RIMS instead.

New Update!
It should be completely compatible with all previous versions. 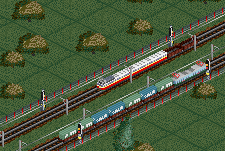 It says I disabled the DF11Z. If you have this train in your game, don't worry, it will not break your save, the train will still be there, it will just not be purchasable anymore as it is not a train used by the North Koreans, apparently.

Aside from all the steam trains, this NewGRF is almost done.

Spicing things up a little. I present:
The North Korean Tram Set

As seen in Pyongyang and Chongjin!

It's a rather small newgrf, but still, please enjoy.

I finally added everything I wanted to add to the North Korean Train Set. Enjoy the ultimate Juche experience:

Bug fixes! Just when I thought I was done.

Excellent work. Continue to develop all your sets

A companion NewGRF for the rest of the North Korean Set. With 185 real North Korean Town names, or 7150 generated ones!

I highly doubt it. He is the butt of every joke I've made here so far.

In other news, I've started work on spriting my next project for the DPRK set; The North Korean Station Set. A mock-up: 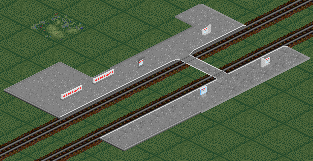 I have yet to learn how to program this, and intend to learn it this summer (tm).
No pics no clicks. Seriously. Also stop using Modern Maglev Trains. Use RIMS instead.

Still working on the North Korean stations. I have two specific stations done so far. The main buildings are 1x3, but there are also 1x1 alternatives. The topmost station has a 1x2 freight house, with a 1x1 alternative.
I have some platform buildings planned next. Platform shelters, overpasses and especially underpasses tend to be very rare.
Of course I forgot to save so I lost half of one of these stations, so I'll have to redo that.
I might do an overpass next. They seem more common than platform shelters, especially as most North Korean station buildings seem to be outfitted with waiting areas. 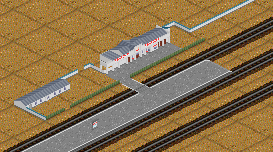 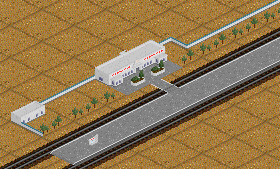 10 points if you recognise them.
No pics no clicks. Seriously. Also stop using Modern Maglev Trains. Use RIMS instead.

Those are the best-looking platforms i've ever seen in OpenTTD pixel art.