I started working "properly" on version 2 of the Repository yesterday. This will feature a proper user authentication system (sharing the forum auth system, actually), better categories (as opposed to just 'Saved Games', 'Scenarios', 'Utilities'), autodetection of statistics from TTD saved games, better support for TTDPatch configurations and so on.

The categories currently implemented are:

Any other categories people want?

I'm also busy importing TTDPatch switch data into the new Repository, as it will have support for parsing TTDPatch configurations and figuring out things like minimum versions required and all that sort of thing - or at least that's the plan.

I will also create a plug-in for TTSGM and/or a feature in TTDX Editor that lets users upload games directly from these programs. A shell extension for Windows may also be a possibility.

All games will be stored on the Repository server, as opposed to being linked to as in the current Repository. Unfortunately, many of the current games have been lost, because of sites disappearing, etc, but with the new Repository, this shouldn't happen.

Is there anything you want to see in the new Repository? If so, what? All suggestions made before tomorrow morning will be noted down by me and may be worked on before I get back (or they may not, depending on how much time I have - I'll be taking my laptop with me, but I'm not sure if I'll get much time to use it). Other suggestions may have to wait.
Owen Rudge
owenrudge.net | Owen's Transport Tycoon Station | Owen's Locomotion Depot | The Transport Tycoon Wiki
Top

Took a while to find the menu at the top, when most sites have it on the left, other than that I think it looks quite plain (mostly text)

A picture of the saved game / senero could do wonders etc.
TTDpatch Developer 2005 - 2010 ~ It all started because of shortened vehicle not loading correctly, now look where I've gone with it!
Grfs coded ~ Finnish Train Set (Teaser) | Bm73 (Release 3) | Emu 680 (Release 3)| Glass Station (Release 1) | UK Roadset (Version 1.1a) | New Water Coasts (Version 7)
Pikka: "Lakie's a good coder, but before he'll add any feature to TTDP you have to convince him that you're not going to use it to destroy the world as we know it."
Top

I think it needs new skin .. maybe the same as forum ... or better the same as your TT page

(oh and I hope links will be fixed as I spoke to you about that)
what are you looking at? it's a signature!
Top

The new site will be getting a new design, currently based upon my TT Station design, but possibly a complete new design.

Shadow, the games will be stored on the local server, so games that I can salvage will be there. Other games will just be removed from the DB if I can't track them down.
Owen Rudge
owenrudge.net | Owen's Transport Tycoon Station | Owen's Locomotion Depot | The Transport Tycoon Wiki
Top

I want them ALL to be Patch-compatible.
Normal TTD-made scenarios freeze my computer.
Imagination! Here, you learn what it is to be human. You are a creator of order, of beautiful shapes and systems, an organizer of chaos.
Top

Old ones (pre TTDPatch 1.9.1 alpha something) will appear to, but it should just take 1-2 minutes and then will start working normally from there.
US Train Set v0.87.1 now released: http://www.tt-forums.net/viewtopic.php?t=8754
Don't forget to read the manual: http://wiki.ttdpatch.net/tiki-index.php?page=Manual
Top

Regarding the Repository, the logo leaves a lot to be desired.

I just went poking in the "Repository" and tried to download about 20 games, and every single one couldn't be found. Some of them are on other servers, but some of them said they were from the Repository. You need to write a checker program to work through your database and figure out which ones don't exist, and get rid of them. Although I'm afraid if you did that you wouldn't have very many left...

It would also be nice for the database to know what climate they were in, and for each to have a map-screenshot or something to show the topography.

Shame it didn't work. I'm looking for a heavy-mountainous game to test the US set with and I can't find a good one.
Development Projects Site:
http://www.as-st.com/ttd
Japan, American Transition, Planeset, and Project Generic Stations available there
Top

It could be nice if Real-world scenarios could be selected via a map, not only from a drop-down menu or something like that
Top

I vaguely remember Owen saying he was going to be traveling for a little while. Anybody remember when he will be back? I'd like to be able to get some scenarios.
Development Projects Site:
http://www.as-st.com/ttd
Japan, American Transition, Planeset, and Project Generic Stations available there
Top


krtaylor wrote:I just went poking in the "Repository" and tried to download about 20 games, and every single one couldn't be found. Some of them are on other servers, but some of them said they were from the Repository. You need to write a checker program to work through your database and figure out which ones don't exist, and get rid of them. Although I'm afraid if you did that you wouldn't have very many left...

Well, unfortunately, the way the Repository was originally set up, all the games were hosted elsewhere, as I never had the space or time to mirror them. Obviously, this is now causing some problems. I posted a fairly recent list of what's down here, although some of those I do know where to get, and will do so at some point in the near future. UTTGR v2 will have all games on the server, so that won't be a problem any more.


krtaylor wrote:It would also be nice for the database to know what climate they were in, and for each to have a map-screenshot or something to show the topography.

With the new Repository, you will be able to get very detailed information about every game, without even downloading it. You can see the passengers delivered to a particular town last month, how many tonnes of coal Bromtown Coal Mine spits out every month, or what the manager name of "Dumb-AI-R-Us, Inc." is. I was up to 4am last night writing some of the code for this.

I'm also planning to get a map (or maps) of some sort done. The Repository will also be able to generate TTDPatch config and newgrf.cfg files (reading the newgrf data from the saved games itself). The new Repository, when it's done, really will be the ultimate saved game repository.

Oh, for people who use OpenTTD, it'll support OpenTTD saved games and scenarios too (although the detailed stuff may not be included straight away, as it uses a completely different saved game format).
Owen Rudge
owenrudge.net | Owen's Transport Tycoon Station | Owen's Locomotion Depot | The Transport Tycoon Wiki
Top

You may want to implement Locomotion save games as well?

And OpenTTD while you're at it

Sounds like a good plan so far.
Good Luck

(I just wasted my Apache and PHP installation by reinstalling apache and it now gives #500 errors (Internal Server Error, misconfiguration). So temporarily no work on gonewacko.com nor zetorpedia nor anything >_>)
GoneWacko. Making [url=irc://irc.oftc.net/tycoon]#tycoon[/url] sexy and exciting since 1784.
Top

GoneWacko wrote:You may want to implement Locomotion save games as well?

Could do, nearer the time of Locomotion's release. Obviously there will be no detailed data for this for a while, unless Josef or someone goes and writes a detailed spec document for the saved game format.

Well, a status update... I've been working on my behind-the-scenes program today, and it now spits out beaucoup de data about the game, as well as a load of nice maps, in PNG format - see attached for examples. I basically ported parts of jfs's TTDSGE program to C for this, and it works really well - thanks very much jfs for your code, which saved me a lot of work! 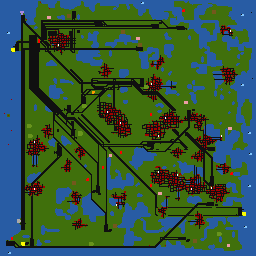 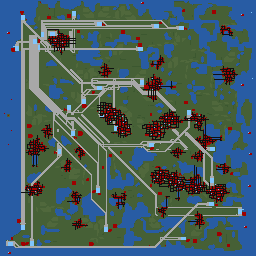 Now that is SO useful! The only improvement would be if it could show topo info too.
Development Projects Site:
http://www.as-st.com/ttd
Japan, American Transition, Planeset, and Project Generic Stations available there
Top

well, considering that jfs's application could, I'm sure owen's can, too
Any intelligent fool can make things bigger, more complex, and more violent. It takes a touch of genius -- and a lot of courage -- to move in the opposite direction. - Albert Einstein
Top

I'm actually not familiar with the TTDSGE. Is it like a better Savegame Manager? Because that would be really useful.
Development Projects Site:
http://www.as-st.com/ttd
Japan, American Transition, Planeset, and Project Generic Stations available there
Top

try TTDSGE ... it is very nice tool, allows you to view map in many ways (even got isometric view like in TT)
what are you looking at? it's a signature!
Top
Post Reply
91 posts