There I showed examples of work of the models.

I shall bring responses of some people, which saw it in work:

Nappe1 wrote: The main thing in screenshots is, their sprites tilt to make them look moving more naturally in slopes.
Engine seems to have brand new elements, that include using some sort of Vector Graphics with bitmapping
(simple texturing) for sprites. (SVG perhaps? translation engines screw up these very well.)

While I was developing editing tools for Need for Speed series games
(Mostly for NFS3 and NFS4) there were these extremely talented Russian guys
Living somewhere mid-Siberia. They did marvelous work with very limited tools,
But duew bad connections to east, their site was most of the time inaccessible.
The quality was there, but the language and connections was lacking.
This is like living same thing all over again.

LordOfThePigs wrote: It also seems that these guys have implemented a way for vehicles to tilt in slopes,
Using some simple pixel displacement algorithm
(Just take the original sprite and move every column of pixels up one pixel once every two columns).
Which would be why their trains seem to follow the slopes but still have both their vertical ending look vertically aligned.

giddorah wrote: I must say... You're not lazy Keep up the good work and keep posting this stuff...

MagicBuzz wrote: I just can say you do a great work, as you produce a lot of new nice Grfs.

Raven wrote: The fact that these graphics are 32bit...

mexicoshanty wrote: The menu is looking nice. If work on the rest of the interface is going start we should base it of this mockup that Joed did.

brupje wrote: I do really like the scenery screens in the main menu

Tomsomethingcon wrote: love these new buttons, make it easier i think to know what things are..
i'd love to play with it !!!

RSpeed tycoonfreak wrote: i see lots of things coming up for openttd 32bpp
I see a lot of 32bpp graphics (your avatar) in this topic

jonty-comp wrote: Admittedly some of these graphics are ugly, but Sergej is the only person even trying...

Killer 11 wrote: the FIRST decent thing you made!

Ben_Robbins_ wrote: Compliments where compliments due I suppose. Aracirions hobit house and pinky coloured victorian building both look good, and you have kept them in the the state they were in on the forum, and they do look rather nice.

DarkFenX wrote: i admired use of that graphics on russian forums for 6-12 months , where he was feeding us with beatiful pictures

I want to tell once again large thank to all people, which have told me many good words!

With the large respect for all participants of a forum!

Together we shall make the future already today!

All images shown as in this theme, and in others, are real copies of the screen.
Any jobs on a photomontage were not made.

Samples supported Web Browsers is shown below.
Loading of a site on time of day.

Yours faithfully to all participants of a forum!

Sergey.
For the information:
On today - 15 March 2007, structure of unit
http://lidars.narod.ru/Index.files/Page1168.htm - Game Resources and Add-ons for OpenTTD 32bpp...
Includes only 61 pages of a format htm,
156 real copies of the screen in the standard PNG,
Including 77 files for a platform OpenTTD 32bpp,
The general(common) size of a site makes 80 Mb. 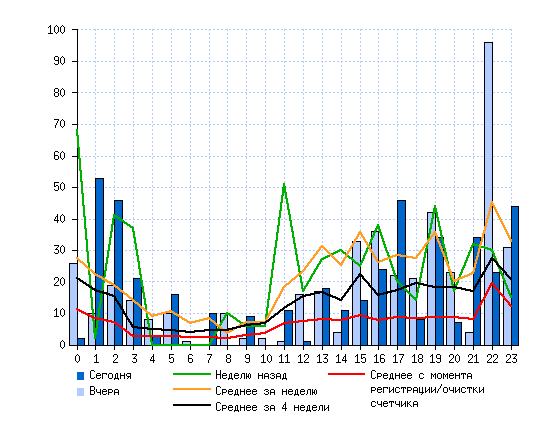 I show a map of city of Prague.

Specially for my friends and admirers from Czechia!
(On today you 14 men)

I put for comparison two real copies of the screen district, made on one map.

Pay attention to change of quality of a picture...

The note:
Roads use usual 8-bit of the image from the connected file "TTRS3w.grf", Zimmlock's
The screen is shown only for preliminary viewing, scale of buildings at the artists is various. 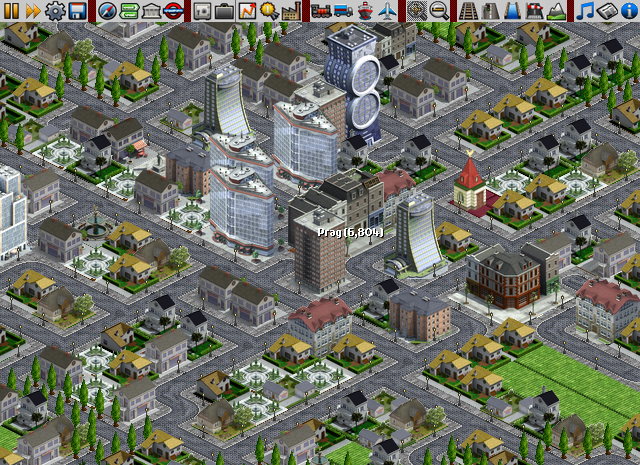 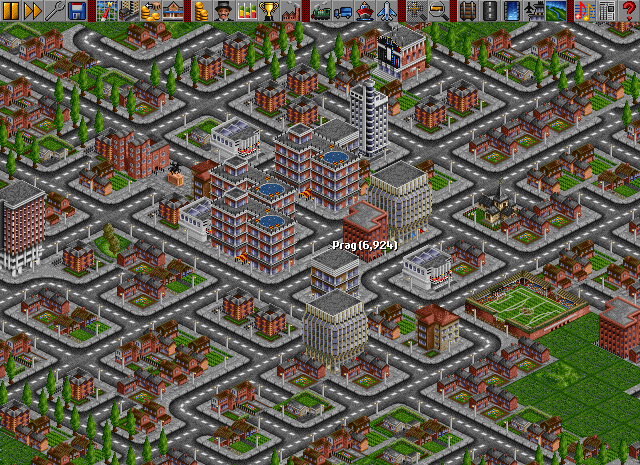 I show variants of the main menus for the version OpenTTD 32bpp
The graphic images are taken from a free collection of photos found in the Internet.

If who knows good collections of photos of a nature for an easy approach - please, write to me in the personal messages 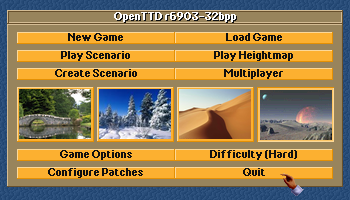 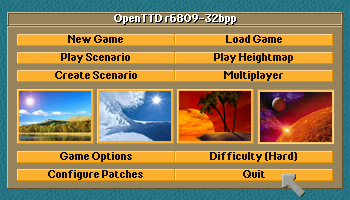 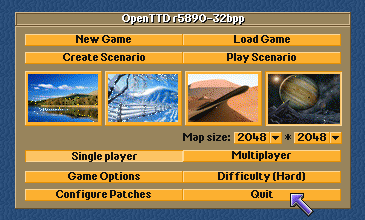 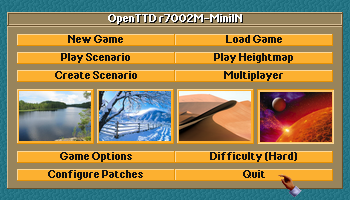 You guys have come a long, long way!

Are you ready to create a complete ottd installed with the new 32bit graphics or are you still waiting on some things?

still says openttd requires the original game media, and by the looks of this it doesn't any more.
-- DoctorMO --
Top

doctormo wrote:You guys have come a long, long way!
Are you ready to create a complete ottd installed with the new 32bit graphics or are you still waiting on some things?

This question of very future time.

For complete replacement of the images which have been switched on in 8-bit
the version only of one file Trg1r.grf,
It is necessary to make of 4 792 images, new 32-bit.

On today, I think, is ready no more than 50 images, that makes approximately One percent !!!

So the complete version 32bpp c by the size of a tile 128*128 points is necessary really to speak that
Will be very much and very not soon!!!

But we already have got tired to wait!!!

12 years from release first 8-bit of the version have passed.

For this reason I also make attempts to show new sets, differently there is a chance to not see anything!

OK so do we have a progress bar I can look at?

It would also be helpful to have more admins clearing up the wiki, thre seem to be errors, ommions and lots of out of date entries for this side project.
-- DoctorMO --
Top

Jupix wrote:Sergej, can you do one screenshot with an industrial building and no urban environment in it? For example, one with the 32bit sawmill

It is one of the first models, is shown only for preliminary viewing,
Brightness and scale are not established, only for acquaintance with a kind of industry. 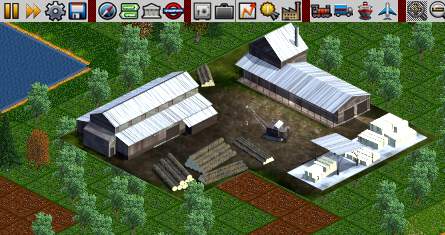 Oh, yes. Looks astonishing, as I was expecting. I hope all the talented 32bit artists here finish their stuff soon! Would be really nice to see all this eyecandy in action.
#################
Top

Sergiej: Do you have or could you make 32bpp sprites of railways ?
KS Cracovia online encyklopedia
Top

Sergej_S wrote: ...Brightness and scale are not established...

You can say that again!

I don't know what kind of postprocessing you've been doing, but I think you're better of leaving the image as it was originaly...

EDIT: I notice you are using an old WIP version of the sawmill, you should use the one on the wiki.

Please, correct me if anything is wrong.
Top