I finally got around to doing all of these. freepokie had this idea after I made the new slopes but never did them all so now here they are. Instead of deciding what slope to put on what bridge, I added each slope to all 4 of the default bridges that didn't have slopes. Everyone has different tastes so I did it this way so everyone can choose which bridge with which slope they want to use. It might seem a little confusing for some but I think I covered everyones liking this way.

I named the bridges as follows;

I named the filenames like this so the original doesn't need to be overwritten. Just copy which bridge you want to use to the objdata folder. The internal names were not changed and Locomotion will use these bridges instead of the default bridge. If you would rather overwrite the default bridge, just delete the name of the slope after the default bridge filename.

I also did not change any speeds or heights. When using the slopes to go 2 or more high, because some bridges have a roof, the second height and up will show the roof so ya won't wanna be trying to go more than one high with these just as the original earth slopes were like. You'll see what I mean if ya try it.

Anyway, they're done and I hope ya'll get some use out of these and thank you freepokie for the idea. 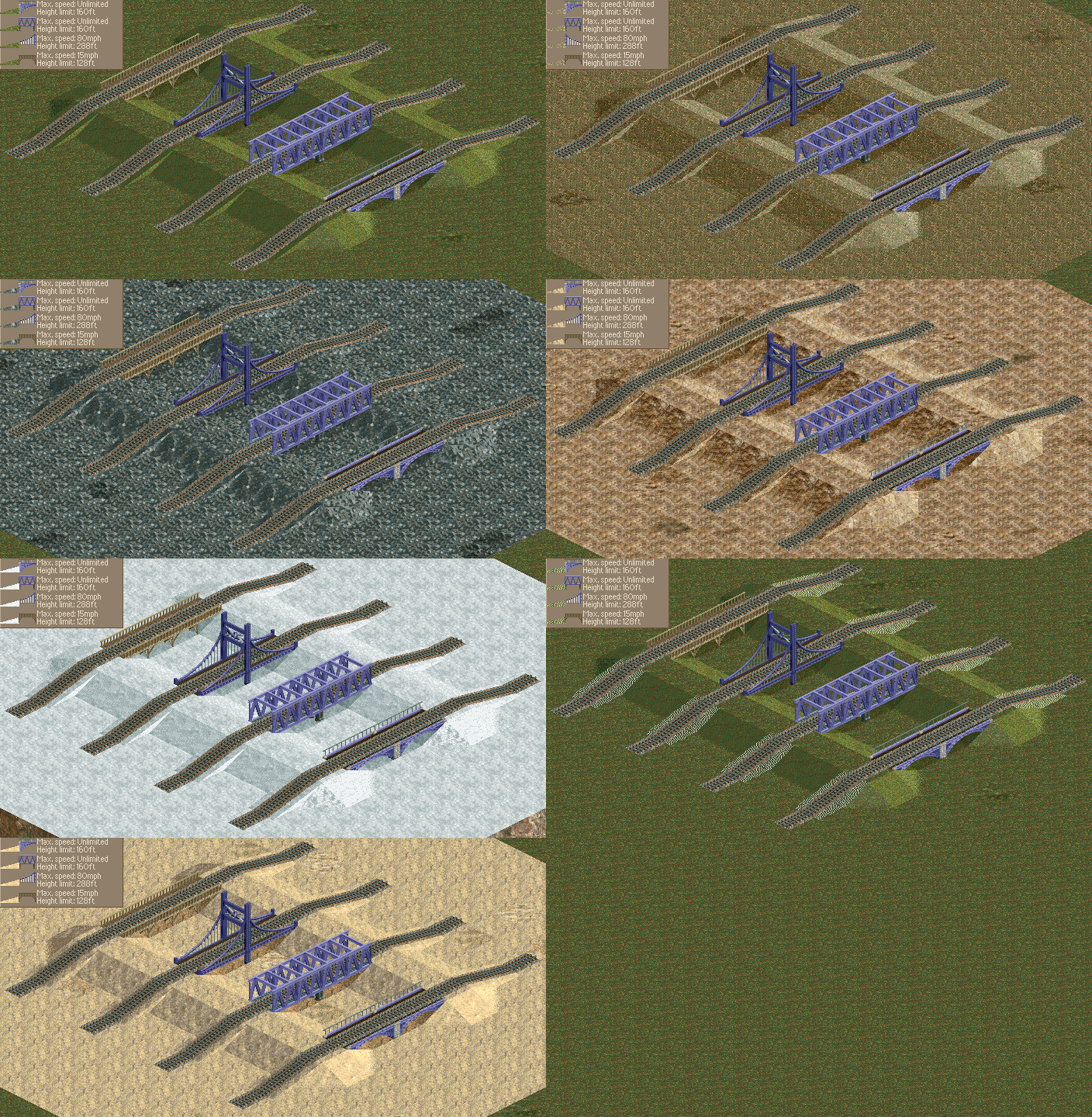