Timitry wrote:For example tracks - Only thing missing are signals (probably rather easy) and bridges, waypoints are not from tto and so the ones existing might be included? Then you could say "Tracks - Done", and it would look even cooler ingame

Well ideally yes, but there is more than just signals bridges and waypoints... depots need drawing, toyland stations need drawing, tunnels need improvement and I would also really want to release all roads, canals, locks, docks with that. So may as well release airport graphics too... With the infrastructure there are just so many little sprites and odds and ends!

Nice looking trains uzurpator. One thing I noticed, the cars are a full 32px long, Should they not be 31px to allow for the coupling gap?

Aside from that, excellent work.

Here are the CargoIcons including toyland, so it should be 100% now

Thanks to DanMacK for the GFX and me for the code

Edit: If anyone's updating wiki, please include these

The whole problem with the world is that fools and fanatics are always so certain of themselves,
and wiser people so full of doubts.
Bertrand Russell

I wanted to contribute something to the project, but I'm not especially artistically talented. So I went for the smallest thing I could think of, and knocked up some new signal graphics for you.

Points to consider:
- I don't know GRF coding, so I haven't tested them in-game. I generally hand-picked from the palette though, so the colours should be right.
- There is less 'light' visible on the diagonals than the original, due to the hood I've added over the lights. Hopefully though there's still enough that you won't get eye-strain watching for the signals!
- The rear-view sprites have a slight coloured glow above the active light. I'm not sure if this is going to be visible enough to be really useful. That said, the originals didn't have any indication AFAICT.
Thoughts?

As we apparently don't need new semaphore graphics, does that also mean we don't need any new presignals either?


Also:
Does anyone else think the new normal-rail station graphic looks a bit 'busy', with all the benches on the platform?

Raumkraut wrote: As we apparently don't need new semaphore graphics, does that also mean we don't need any new presignals either?

We just need to base the new pre-signals on your sprites, as the old ones were based on the old signals and therefore we can't use them
PS: And I stopped the propaganda to support Dave Worley since he got a nice new red hat now.[/color]
I know I have a BBCode error in my signature but I really cba to fix it.
Top

As I said. Signals are here now. Could anyone tweak code so they don't appear in toyland? I can't get it working.

Soeb wrote:As I said. Signals are here now. Could anyone tweak code so they don't appear in toyland? I can't get it working.

It seemed to work okay for me, but I've moved the Action 7 to only skip the Action A (is that how it's "supposed" to be done?).

I also recoloured them slightly for use in Toyland (originals are untouched), and changed the initials in the GRFID to your initials

Thanks for tweaking. I didn't know those were initials. I though it was hexnumber. Now here's another tweaked version. Adds "Graphics by..." . If anyone can change those a little and make pre-signal graphics from it I can code them.

Would my TGV graphics be of any use for this set? 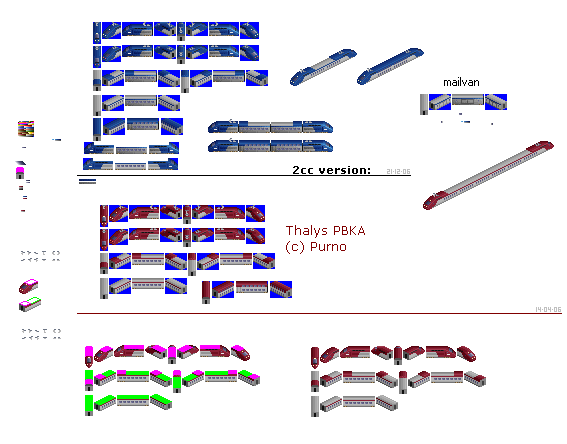 (and perhaps there's more interesting stuff at https://users.tt-forums.net/2cc/sprites/ )
Contributor to the The 2cc Set and Dutch Trainset. Inventor of the Metro concept. Retired Graphics Artist.

I did one for you to use.
I have to say it is a little...."quaint"- and I could understand why people may prefer a bigger more modern one.

If you all like it though you are free to use it if you like.
I coded it for you all to try-i didn't use your naming style as I thought you would want to add it in to a larger grf if people think its alright.

(oh- by the way- you can find it in the newgrf settings list as MPH lighthouse v0.0.1) 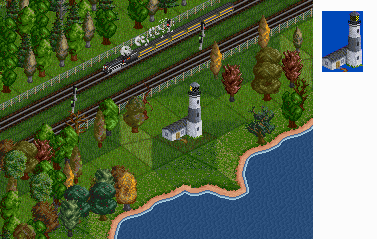 Would it be possible to code the lighthouse to be one of say, 4 designs, based on the GRF random data? Since it is a static item, the choice of graphic need only be at game start.

Also, the same can happen with transmitters. My NewGRF_ports can use a completely independent transmitter in the newgrf, so the only problem would come with airport replacement sets that expect the transmitter to be in the particular place in the sprite cache.
OTTD NewGRF_ports. Add an airport design via newgrf.Superceded by Yexo's NewGrf Airports 2
Want to organise your trains? Try Routemarkers.
--- ==== --- === --- === ---
Firework Photography
Top

Right, I hope this works... 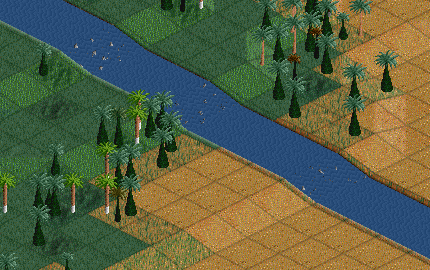 If someone who knows what they're doing wants to take a look at the code to see if there are any glaring errors, feel free to do so.

Zephyris, the randomising can only handle sets in powers of 2, so it will only show 16 of the 18 sets of sloped water tiles you provided.

Edit: To clarify, this includes river tiles for all climates as well as the random sloped water tiles.
Top

I absolutely loved the lighthouse. I didn't think it was quaint, either....

So much nice graphics popping in now

That lighthouse look like a lighthouse to me, and I've seen a couple in real life

The whole problem with the world is that fools and fanatics are always so certain of themselves,
and wiser people so full of doubts.
Bertrand Russell

buttercup wrote:To clarify, this includes river tiles for all climates as well as the random sloped water tiles.

May I do a request? Could sea shore be redone to the river shore style? It looks ugly near rivers.

mph: Can we have a red color livery of the lighthouse?
DanMacK: Nice you changed the cola can.

Can you do something different for the batery? It looks very similar to original and I was thinking of changing it.
http://members.fortunecity.com/gamesart
"If no one is a fool I am also a fool." -The TTD maniac.

DanMacK wrote:One thing I noticed, the cars are a full 32px long, Should they not be 31px to allow for the coupling gap?

Would you bet on this?

They are 31 px with tight coupling in / and \ views.
All art and vehicle stats I authored for TT and derivatives are as of now PUBLIC DOMAIN! Use as you see fit
Just say NO to the TT fan-art sprite licensing madness. Public domain your art as well.
Top

Ahhh, I see now, my bad. Was having one of those days.

I was also playing with the new trains, and noticed a gap in all views when coupled. This doesn't happen in depots The cars should be coupled a little tighter, currently they're set up with 8/8 offsets, not 7/8 offsets