alluke wrote: ↑09 Aug 2020 12:02 Would it be possible to add an option to disallow houses and sidewalks along dirt roads? I use them mainly for forestry/mining and houses don't really fit there.

Sure, that seems reasonable. I'll add it to my to-do list

Thanks, please do the same for 90km/h roads, Theyre mostly connecting smaller towns together.

[this is a slightly offtopic rant-idea-thing; and don't worry this isn't directed at you alluke, just thinking out loud here!]

So I've been thinking on all these parameters people want: individual speed limits, introduction dates, houses, etc. for every single roadtype. I totally understand wanting lots of customization, but the sheer amount of parameters it would take to accommodate everything is just massive. I've said before: implementing it isn't a problem, but what holds me back from actually doing it is the thought of opening up the parameter window and just seeing a huge wall of text and numbers, that to most people is just nonsense. I would like for more experienced players to have options to tailor things to their playstyle, but I also don't want the setup to be overwhelming and tedious for everybody else (including me

What I would love to see, is some form of expandable tree system for the NewGRF parameter window, similar to the game settings window. This way only the "basic" settings could be displayed at first (these are just mockups btw) :

But by clicking on an option it could be expanded out to allow customizing things individually: 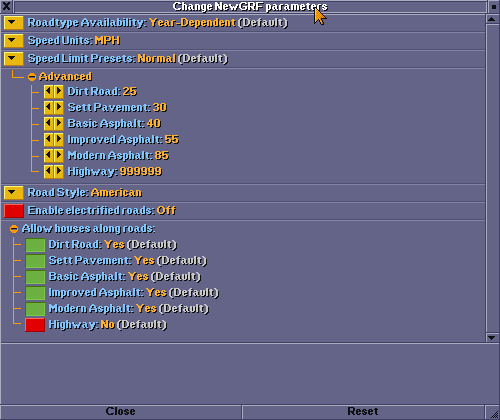 (Bonus points if the so-called "preset" in my example could change the individual values in its child parameters below it on-the-fly, but that might be asking too much

Just being able to better organize settings and/or hide advanced tweakables behind a collapsible menu would go a long way to make NewGRF setup so much better, especially for new players.

I think something like this would be very useful for many authors who want similar levels of customization without the linear, unorganized settings menu that currently comes with it, but that's just my thoughts. Dunno if any devs read through the graphics forums anymore, but I wanted to put this out there anyway in case someone might feel the desire to make it happen or have some thoughts on it. I at least think it would be very useful and awesome, and would love to see something like it in OpenTTD

Like that idea with main menu and a sub-menu so it easy to find the sections you want. 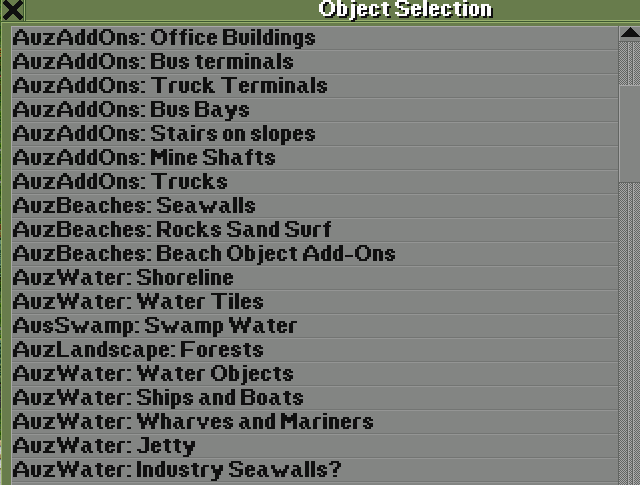 Instead of seeing everythiong that is "AuzAddOns" you would click on it and it would then open up a sub-menu to list them.

Just click on the one you want to open the sub-menus.

But this wrong place to talk about this too.

YES!!! Please do this. I've been waiting for somome to add customisable speed limits since NRT was first muted. The parameter tree is a great idea. Feels intuitive as it matches the setting menu.
Top

I was customizing your nice roadset a bit Andrew and made a snow-overlay for asphalt roads that matches the one of the dirt-road. 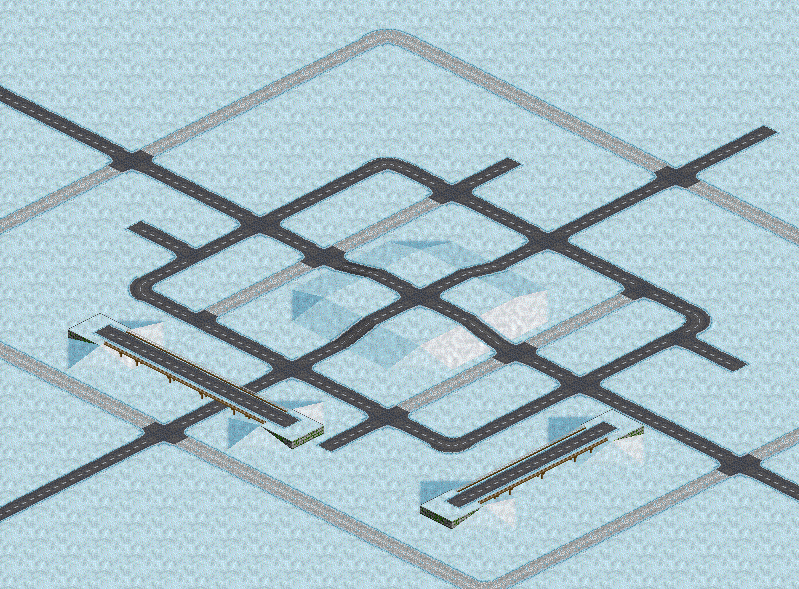 Maybe its also usefull for you

DIRT-ROADS_SNOW_OVERLAY_Quast65.png
(14.31 KiB) Not downloaded yet

Users browsing this forum: No registered users and 13 guests