OK, I'm new as graphic creator. For first try I've created this edition of original house from TTD. Next, I will create next editions.

That is very good, especially for a first try.
*** Ce French Train Set ***
*** Visit my transport related pictures on Flickr ***

Anyhow, there´s no use in modifying copyrighted material.

And here we go again!

Look for the original and my under original flats. What's better?

Look for the original and my under original flats. What's better?

the origanals.. the coulers of your version are to bright...

Try to make something from scratch

Editing someone's work isn't a bad way to learn something, but you won't learn much of just copying a house next to another one. Make it a bit more complicated for yourself

OK, it's a small update of flats...
When I will got a GRFMaker, then I create more, more new graphics!

I'll be waiting for your own graphics.

By the way, that avatar looks like an AST wallpaper. I had the exact same one on my old computer.

the avatar reminds me of Windoows 95/98 Installation screen.

Numbers 2 and 3 are optional, but they make adjusting the sprite offsets substantially easier. Strictly, number 4 is optional too, but only if you're a glutton for punishment. Then again, some people would say that only glutons for punishment use NFO in the first place.

These programs are quite good at letting you do absolutely everything that's in the NewGrf spec, unlike GRFMaker, which, for better or for worse, often thinks that it is smarter than you.
Sometimes that's a good thing, but I generally prefer programs that say "I think you're being an idiot here, but I'll let you be an idiot if that's what you so desire", especially with languages that change so frequently.
To get a good answer, ask a Smart Question. Similarly, if you want a bug fixed, write a Useful Bug Report. No TTDPatch crashlog? Then follow directions.
Projects: NFORenum (download) | PlaneSet (Website) | grfcodec (download) | grfdebug.log parser
Top

That it most certainly is!

Nice graphics there, I think you should be good enough to draw a few of your own houses, using those as a reference.

Hmmm... How about this new shops and offices?
PS. Zimmlock, I'll add you to credits, because this umbrella is from your pack (public access if anybody don't know). 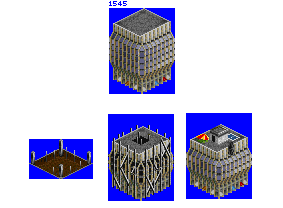 Not bad at all! You've got some talent

As mentioned by others, studying and editing existing graphics can be a very good way to learn the basics of TTD graphic and there's nothing bad in it.
However, since now you have already got some practice, why not starting something yourself? Get a simple model of a real house or something, and try to render it in TTD style, using the experience you've gained so far.
Top

OK, I'll create my own graphics after create GRFs from this (thanks to Szappy for send me GRFMaker). I tested Shops and offices and here's error. Can anyone help me? I changed the pallete options (check all and uncheck all) and... problem is again. A picture: 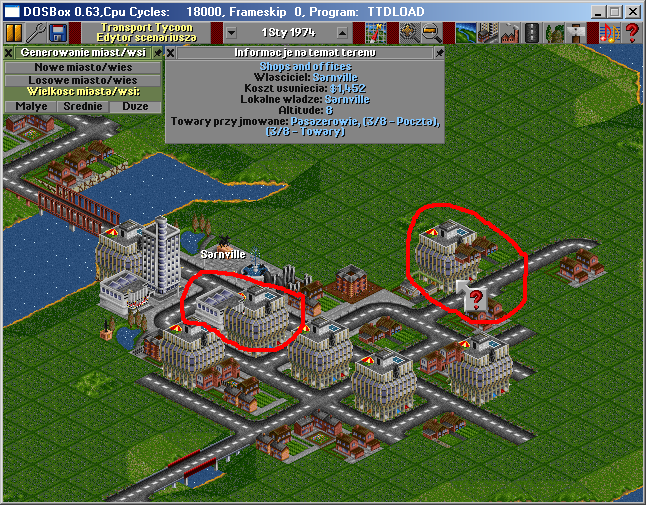 But you can't change the bounding box that way. Bounding box and sprite size have nothing to do with each other.

The bounding box is it the house's action 2
To get a good answer, ask a Smart Question. Similarly, if you want a bug fixed, write a Useful Bug Report. No TTDPatch crashlog? Then follow directions.
Projects: NFORenum (download) | PlaneSet (Website) | grfcodec (download) | grfdebug.log parser
Top

Sorry about the incorrect information.
BUT does increasing the sprite size fix the PeCeT_full's problem?

In order to protect the visitors of this site,
TTO Full Conversion!
This post has been lol 1337 times.
Top
Post Reply
81 posts