I've created a scenario for Colorado.

Download
With NewGRFs (has trams and electric trains, but won't work if you haven't downloaded the necessary NewGRFs, see below):

Without NewGRFs (will always work, but has no trams or electric trains):

Update March 22nd 2021
I've updated the scenario to add the following improvements Characteristics NewGRFs
I've made two versions, one with no NewGRFs and one with NewGRFs to be able to use trams and electric trains. These are the NewGRFs used in the version with NewGRFs: The first one is for using trams, the last one is for more realistic trees, and the three others are for using electric trains.

If you don't want NewGRFs there is also a version without NewGRFs. To download NewGRFs, go to Settings > NewGRF Settings > Check Online Content. For more information, see https://wiki.openttd.org/NewGRF.

The layouts of the towns have nothing to do with their real layout, but is adjusted so that the population of the town in the game is proportional to their real population.

Industries
I've tried to place the industries as realistically as possible while still having at least one of each type of industry available. As far as I know, there are no rubber plantations in Colorado in real life, but there is still one in the scenario to make the game more fun. All other industries are more or less where they would be in real life. None of the industries have exact real life equivalents.

All desert towns have water towers, so you don't need to worry about towns not being able to grow because they don't accept water.

Landscape
Most of Eastern Colorado is a flat desert, and the Rocky Mountains are represented in the West. 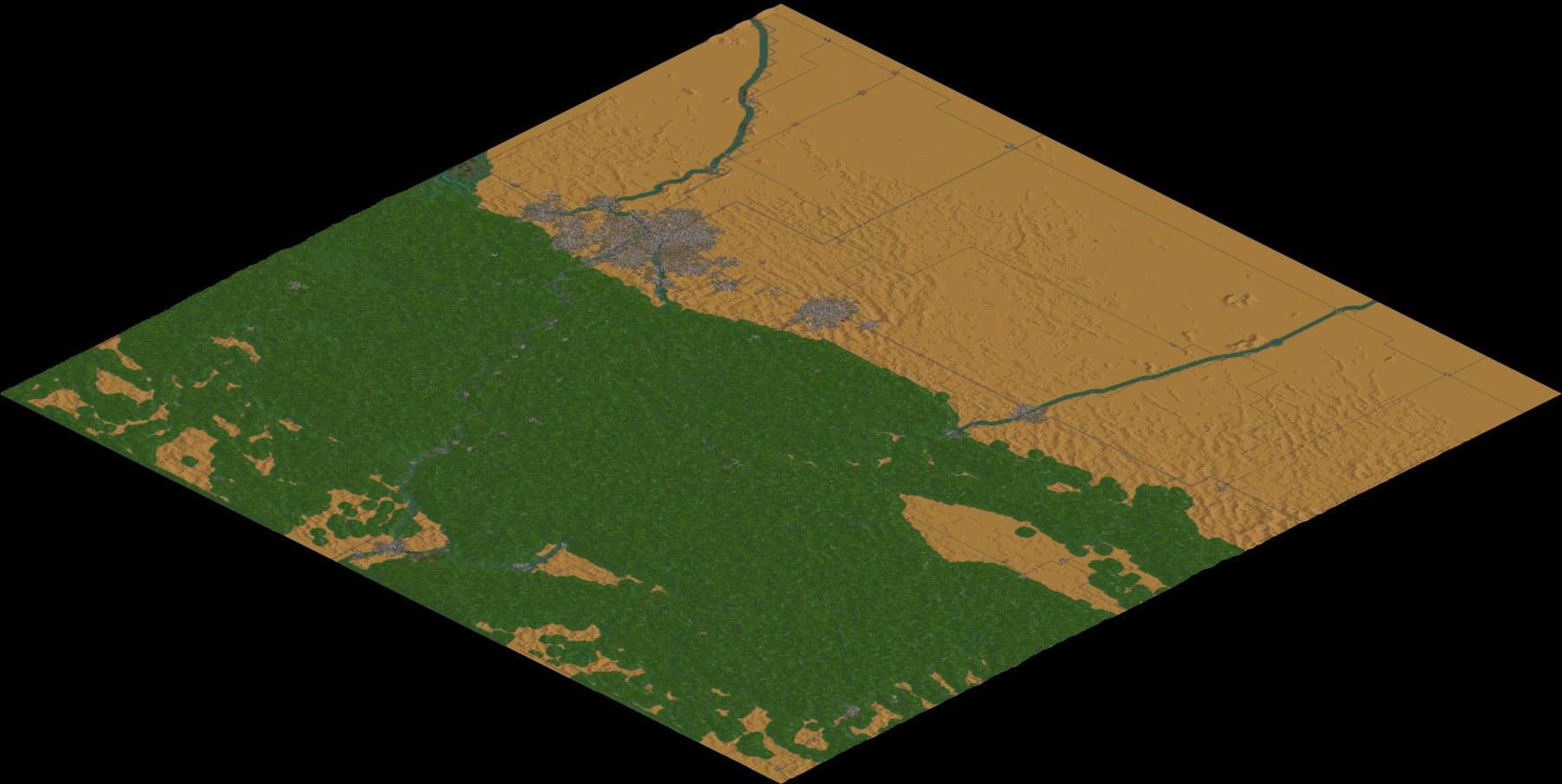 Zoomed in on Denver: 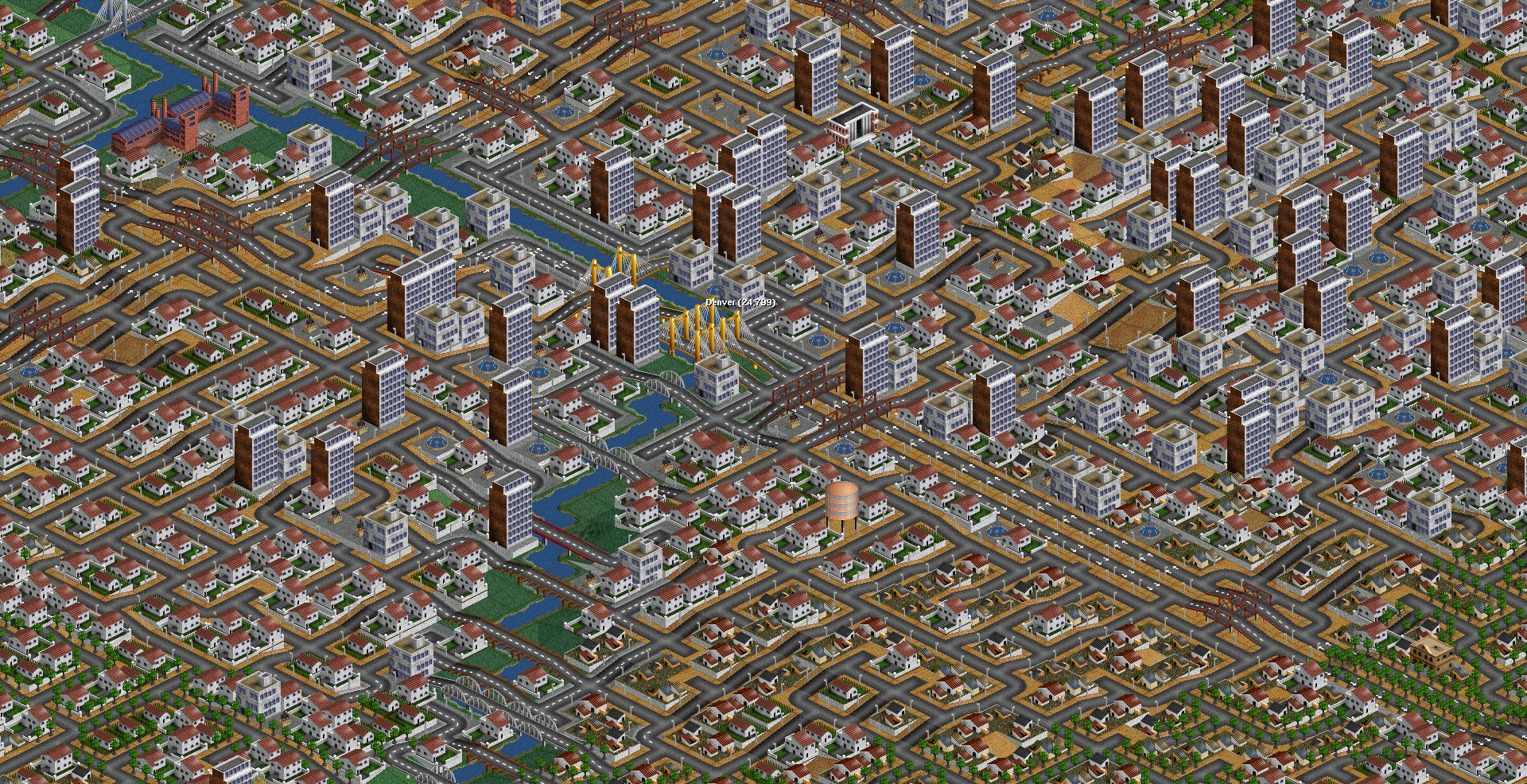