Lepkka made a beautiful NewGRF to replace the water and shores link.

(temperate, sub-arctic, sub-tropical and toyland; without and with Lepkka's grf)

So I decided to make a patch to solve this problem (full action 05 0D support). Without a water-NewGRF will be still normal grass-tiles shown, but with a grf the corner have shores (see pic.).

(temperate, sub-arctic, sub-tropical and toyland; without and with Lepkka's grf)

- bridgeheads on shore can flood their neighbours too
- corner shores only floods if a NewWater grf loaded (but if you deactivate this grf, the corner shores will not removed)

I think you have to post more information about how your patch works. Right now people can only guess what's going wrong.
Top

BigBB i just had to say, that what you are trying to fix, is something that annoys me a lot..

Leviath.NL wrote:I think you have to post more information about how your patch works. Right now people can only guess what's going wrong.

The patch isn't in a stadium to release it. However, I have found and fixed the problem and now lepkka's NewWater works errorless. 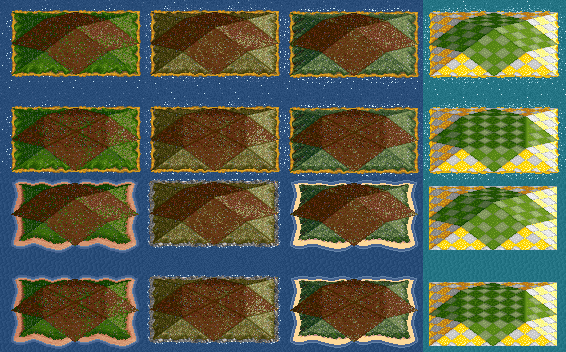 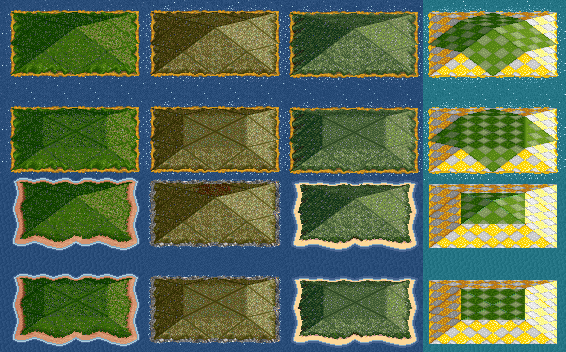 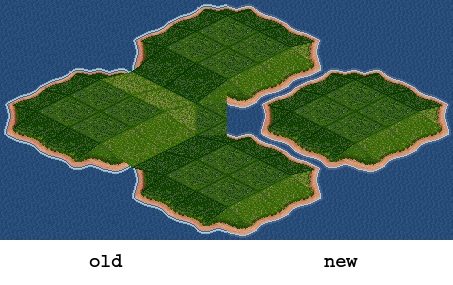 Leviath.NL wrote:I think you have to post more information about how your patch works. Right now people can only guess what's going wrong.

I have found and fixed the problem and now lepkka's NewWater works errorless.

I have one problem: if you build a railway on an upper part of a corner slope the coast will be removed.

This is a problem for TTD-Patch too (tested with r1759). So I don't know if it is a NewGRF problem or not. Maybe anybody with NewGRF-experience can help?

That is more a limitation in the sprite that is being used. There is a special sprite for these kinds of slopes with a rail on it IIRC, and the water set only adds (or replaces, but adds seems more likely) an extra sprite for the coast tile without the rail.
Don't panic - My YouTube channel - Follow me on twitter (@XeryusTC) - Play Tribes: Ascend - Tired of Dropbox? Try SpiderOak (use this link and we both get 1GB extra space)

I really hope this get's in trunk

Thanks to skidd13 for his suggestions.

1) I personally don't like the fact that flooding also changes for games without newwater.
2) It's not turning completely into shore, see png 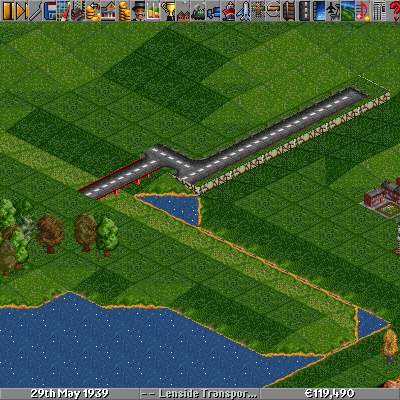 Very well, I hope you can get that done too!

About the 'canyon flooding': as long as it's not an option in the grf file - I'd definitely make it a patch option to change the flooding behavior like this - not everyone will like it (me! pick me!).....
Top

No canyon flooding please. It will steal our money when landscaping.

Who said landscaping should be cheap?

But I also think ot should be an option, as it is diffirent from original TTD behaviour.
Top 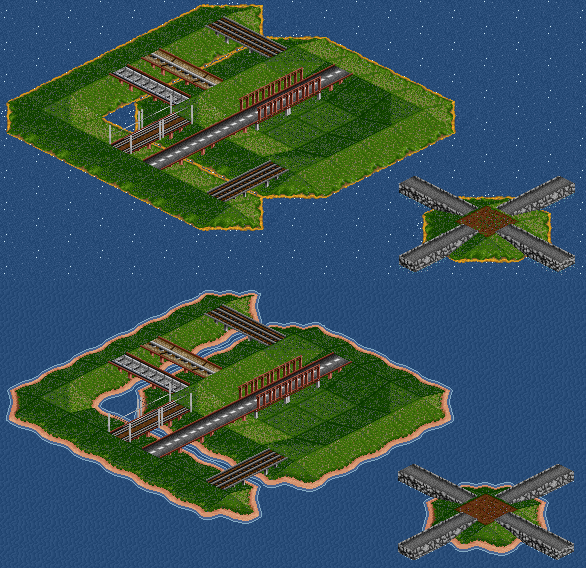 The fix for the railway on corner-shore-tiles will be fix by frosch, to minimize the overlapping between my patch and his halftile foundations patch.