About the tropic roads...

About the tropic roads...

Currently, in the desert, the town roads and the "country" roads seem to use the same sprites (199-217 in trghr.grf), whereas road tiles located on green tiles do actually use different sprites for town roads (with pavements...) and country roads.

Is there currently any way have different road sprites for the desert roads, or would it require patchwork? 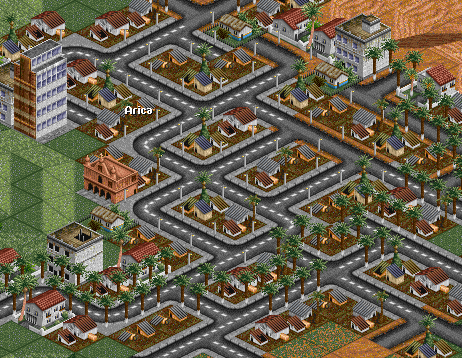 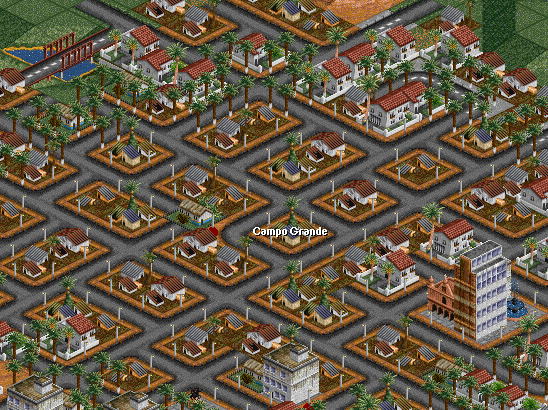 Re: About the tropic roads...

This has already been patched, thanks to stevenh. I never did quite get around to finishing the grf that I requested this patch for.

Thanks for your reply PikkaBird, much appreciated!

i would think so
The occasional look back at your past can teach you a great many things...
Top

I turned on bit 1 in global variable 9E, but nothing happens. There are no city roads appearing in desert towns. Has it really been implemented, or do I need to do anything else ?

If bit 0 is turned on, I do get farmland; so something is happening.


lifeblood wrote: ... does this mean that it could be possible to get urban roads to appear above the snowline? ...

I don't think so. We have 3 sets of road sprites; city roads, below snow and above snow. But showing city roads in desert towns, is the same as showing them above the snowline too, but there would be no snow on them.
Top

It did get implemented, and it works here, but there seems to be some problem somewhere. I've got The Master on the case.

Pikka found it, turns out you need to have ttdpbasew.grf in your newgrfw.cfg (at the top, preferably).
Without it there, the pavement (and trees) in deserts wont work.

Thank you, now it works.

The newly released US Roads Set v0.86 (will shortly be uploaded - check GrfCrawler for details) has been updated to allow for this feature (TTDPatch only).

You'll need to specifiy parameter 2 (set to 1); i.e. 'newgrf/UsRoadsw.grf 0 1' and consider the above advice.
Top

( Now we only need Openttd support too 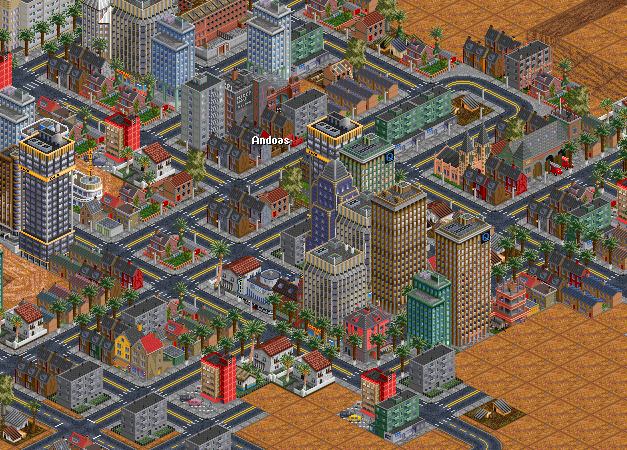 jacke wrote:( Now we only need Openttd support too

This encouraged me to learn NFO. I just created my first grf file (very simple though), and it actually works 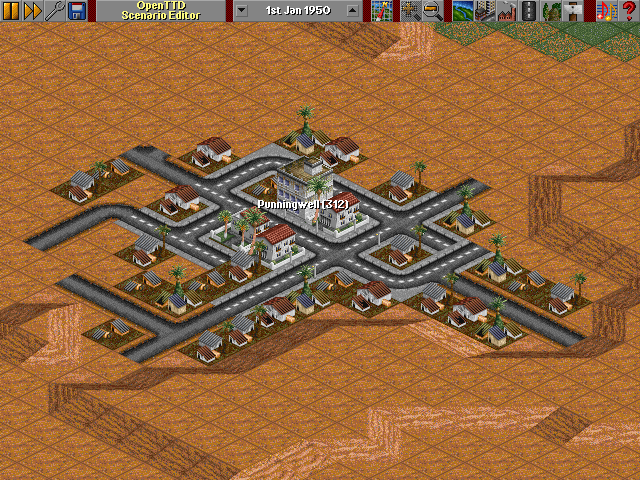