Status: With this patch you can build your trainstations going uphill/downhill or partially in plain.
The main problem is the missing graphic, and I have some little problems with tiles with only one corner raised.
It should not break the savegame compatibility, since I didn't added new stuff but only removed a check which disallowed
the player to build impossible combinations of stations and tweaked a bit the GetSlopeZ_Station code.
It must be extended to road stations too, at least to roadstops so you can make sloped tram stations (I know you want them

)
You can find the patch here with a pre compiled win32 executable and a savegame which shows what's possible.
http://transporttycoon.game-host.org/OT ... ations.zip

-=<( WIP Drag&Drop roadstations/roadstops )>=- wrote: Status: It works, it asserts, it doesn't allow to "overwrite" existing stations.
The final version will allow to extend adjoined stations, overwrite stations (bus->truck->bus) if they are of the same type and in the same direction, and hopefully should have no bugs

-=<( User Configurable Hotkeys )>=- wrote: Status: Got something to work, but really far from completion, 15 minutes of work aren't enough
For the happyness of some users who complaint about useless/conflicting/hard to find hotkeys, I decided to make another patch
At the first see it seemed not an hard work, but now there are things which are blocking progresses
The first thing I need from you is a suggestion on how the hotkeys could be customised
The second thing: any help on coding is appreciated

ABANDONED: somebody beat me on time

-=<( Cut or fill level land )>=- wrote: Status: Test
I decided to make a tool which allow to cut mountain tops but keep intact the landscape under the level of the starting tile, mainly because I needed to destroy some mountains but keep the coast line, so I started to code this patch
Since this behaviour might be useful also in the opposite way, to fill valleys and lakes, I coded that way too
There is only one problem (ok two, the other is a lot of duplicate code), it asserts on costs when trying to terraform more than 3 corners (a 2x2 area has 1 corner in the middle, but if is a slope it might have more than 3 corners) FIXED many thanks to Roujin
http://wolf01.game-host.org/OTTD_relate ... _land.diff
Screenshot: 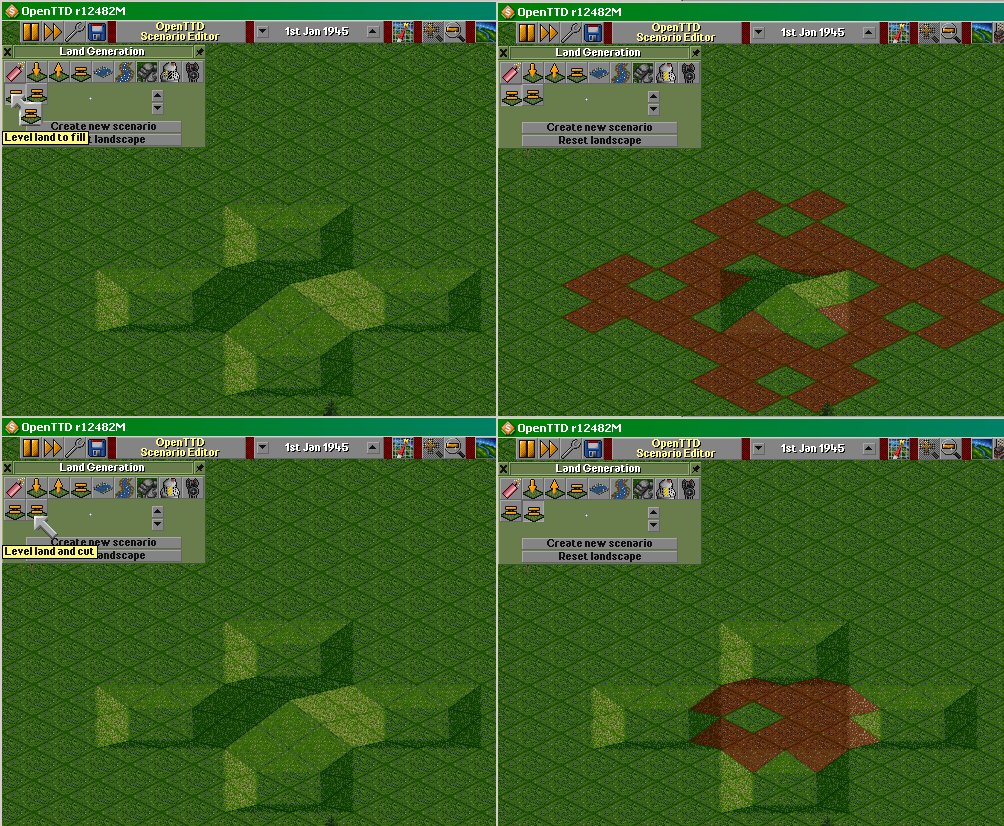 -=<( Main title screen scrolling )>=- wrote: Status: Test
I like Rollercoaster Tycoon and Locomotion title screen which scrolls and shows different areas, so i made it!
There is a little problem with the "OpenTTD" writing which disappear when moving the view (I put a panel under it)
I wanted to continue the development of this patch, but due of the lack of will and time, I release it
I hope that somebody will add a system which allows to scroll to signs, so it will be possible to make some hotspot areas and cycle trough them.
http://wolf01.game-host.org/OTTD_relate ... 11397.diff

-=<( Drag&drop remove station )>=- wrote: Status: In trunk
Allow the player to remove a station, a part of a station, more (parts of) stations with a simple drag&drop instead of clicking more times

-=<( Intro GUI edit scenario button )>=- wrote: Status: Done
I made an "EDIT SCENARIO" button for the intro gui, i also rearranged the gui and removed the useless four climate buttons
Tell me if you want the gui with buttons only or with the four climate images at the edges (but not as buttons because they are useless)
F1 = GUI without climate buttons
F2 = GUI with climate buttons, at the angles and not active
http://wolf01.game-host.org/OTTD_related/main_menu.PNG screenshot of the F2 GUI, the F1 is the same, narrow and without the climates images

-=<( Quick New Game Option )>=- wrote: Status: Done
You can build semaphores as default signal type before a set DATE and electric lights signals since that DATE
You can set the date on Construction section of configure patches

-=<( Default Signal Type, now Semaphores Year Switch )>=- wrote: Status: Done, in Trunk
You can build semaphores as default signal type before a set DATE and electric lights signals since that DATE
You can set the date on Construction section of configure patches

-=<( Bigger and better signs )>=- wrote: Status: Planned
Signs allow only to store a little string
If you want to leave a message for other players you have to place many signs
i want to code new multiline textboxes-signs, resizable with a button (like the resize button of the balance gui): single row like now and full box

-=<( Eyecandy features )>=- wrote: Status: Quite Done
The ability to place eyecandy things like houses, trees, other buildings of newstation.grf not being part of a station: you should be able to place them like the buy land tool
see: http://www.tt-forums.net/viewtopic.php?t=29286

-=<( Show Catchement Areas Of Existent Stations )>=- wrote: Status: Planned
i want to add a button on station window to show the catchement areas
i want also that when i build a new station, existent stations (maybe only those in the view to not use more cpu) show their catchement areas so it can help to improve the coverage as you can see which points overlap and which remain uncovered

-=<( Join Stations When Them Are 1 To X Tiles Far Away )>=- wrote: Status: Done, in MiniIN
Diff: http://wolf01.game-host.org/OTTD_relate ... 2_276.diff
Exe+diff: http://wolf01.game-host.org/OTTD_relate ... N_5682.zip
as happen in lomo, you can join two stations by placing the new tile 2-3 tiles away
if there are more than one station in the area, a popup appear to ask you at which station you want to merge the new tile
i thought about ctrl+drag = this behaviour and drag = normal behaviour
EDIT: would allow build templates to copy non uniform stations with splitted tiles

-=<( Bugfix Daylength Patch )>=- wrote: Status: Done, In MiniIN
the daylength patch works, but need an intensive bugfix in the economy code because you can earn more money if you stretch the daylength because you also stretch all the taxex as them are based on the year length and not in ticks (like the industry production and the vehicles speed)

-=<( Separate (don't join) Adjacent Stations )>=- wrote: Status: Done, in MiniIN, in Trunk
some days ago i got an idea, but i forget about it before i could write it here, but this evening i read something like this on a post and the idea came back into my mind
the idea is simply, very simply, is the opposite of "join stations"
this mean that you will be able to place separate stations adjacent at an existing station, maybe you can use them as large waypoints or to build complex stations, but the first idea was to build a station adjacent at an opponent station

The ability to see the catchment would be useful, as there is no simple way to view it which would help when placing new stations or adding platforms onto existing ones e.c.t
No opinions on the others yet.
Ukončete, prosím, výstup a nástup, dveře se zavírají
Top

This is my favorite, it is really stupid to destroy couple of buildings only to make a lorry station connected to bus or railway.
Top

This is my favorite, it is really stupid to destroy couple of buildings only to make a lorry station connected to bus or railway.

I also think this is a good idea, but as long as the station is railway, you can make use of the newstation graphics for now..
Openttd.se!

Great! That would be so cool. But why not up to 5 or more tiles? (make it optional)
I never build different stations that close to each other. Only to enlarge an existing one.
Please do that fist and post a patch. Hurry!!!

i'm glad that you liked the projects, now i only need some little slaves to make them
jokes apart, if somebody wants to collaborate i'll be very happy and the patches creation can proceed more quickly as other people may know what to modify better than me

i had a new idea: separate adjacent stations, the description on the first post

tell me what do you think about it

klogg wrote: Great! That would be so cool. But why not up to 5 or more tiles? (make it optional)

this is actually possible, in an albeit slightly cheating manner (in MiniIN at least)

there is an option called, 'station spread', which allows you to configure the maximum distance an outlying portion of a station may be from the signpost of the station.
MiniIN also allows you to build many stations of the same type(ie bus) next to each other, which will autojoin the the nearby station's home station.

ive used this technique to create 'catchment points' which are essentially just a single station (of the type of your choice) placed next to a resource you want to be loadable or accepted at your central station.

it does, of course, require some careful construction to create the temporary link routes between stations, and often i will have to wait some time before the town forgives me for replacing half its roads with bus stations, but its something i do so often that theres always another town which doesnt yet hate me where i can build more, more expansive stations.

one thing to note: the payment for goods is measured from the location of the station names, NOT the specific place it was loaded at. ive had a long route pay little because the original stations arent very far apart, but at the same time had a bus make several thousand for crossign the street.
Top

Wolf01 wrote:i had a new idea: separate adjacent stations, the description on the first post

tell me what do you think about it

This could solve some of the way points problems.

And i hope to soon start working on a show catchement areas patch i just have two other things i hope to finnish first.
Top

a liiiiittle improvement on ajdacent stations patch -> see screenshot, is not an artwork 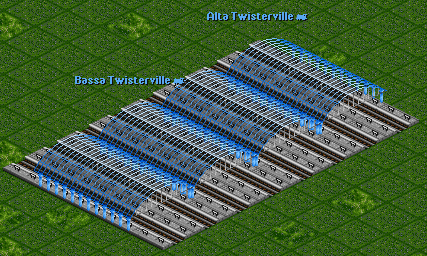 so what happens if we want to extend a current station? is that still possible.. or is there some sort of settings...???
Top

maybe a dialogue to ask, when its feasible, if you want to merge with the existing station.
"And if i close my mind in fear, Please pry it open
And if my face becomes sincere, beware!
And if i start to come undone, Stitch me together
And if you see me strut, Remind me of what left this outlaw torn..." -Metallica Lyrics
Electric Rails for all Tilesets
~A Talented Fool~
Top

tonight i worked with Frostregen (many thanks also at the OpenTTD mIRC channel) at the patch, the first version works very well, now is needed a list to select the station you want to join if more than one station is found in the area which is customizable in the patches.station gui

It's nice to hear (see) that this idea is being developed.
Would be a really useful feature.
Good luck furthermore.

when will the patch b released??? (for testing)
Top

i can only release the preview i made, the official version is under development by Frostregen

the patch is for MiniIN (latest)
in configure patches -> stations -> "Max adjoin distance" you can specify how far the new station will be linked
pressing CTRL when placing a station will split stations, so you can place a new station adjacent at another station (like the screenshot i posted some time ago)

(the official patch behaviour may differ)

The nearby stations will be listed in an extra window,
which pops up if needed.

After clicking on a stationname, the new station will build and joined with the selected one.

EDIT: Seems to work, now i need to port it to other station-types 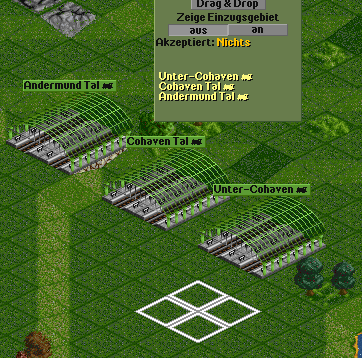 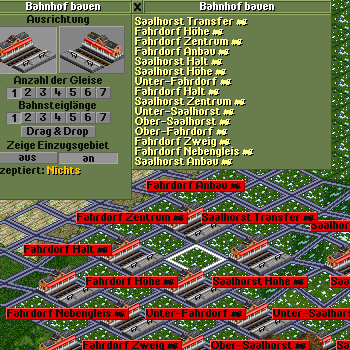 Ok, here is the finished one

Please do some testing


Have fun,
thx to Wolf01 for pushing the idea.

good, i think that this patch is a great improvement for the playability 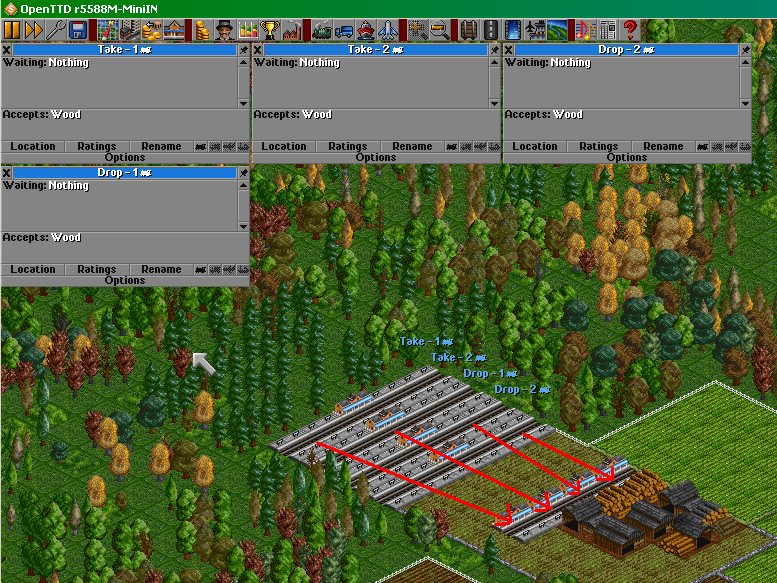 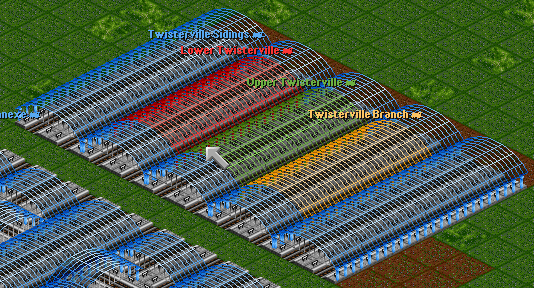 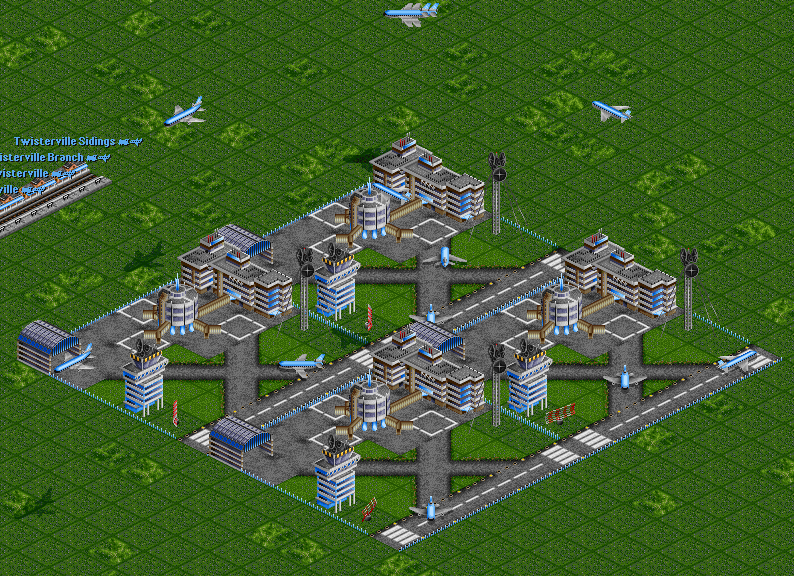