The 5 easy steps to install & play!
Before asking something, read the FAQ in the bottom of this post!
*) The Installer itself will NOT replace any files, it will simply extract them into a different folder and open a configurator program which will create back-ups of every file you are replaceing. It will also ask you which of the different reliability settings you wish to use, as well as being the uninstaller & back-up restorer.

The best way to have good colours when compared with the default aircraft is to have the Primary Company Colour as the same colour as your Aircraft Secondary Colour. The Aircraft Primary Colour should be white (Example)

New Airports
These are mostl made by Steve, All Hail Steve! If you are unfimiliar with his great Airport Pack, I'll give some info. It includes a new Heliport, a new Airport & redone holding patterns for every airport. I have included these & changed the graphics to get Large & International Airports available from 1917. Yes, there were large Airports (called Aerodromes at the time) which handled quite a lot of aircraft, although the avarage amount of passengers per flight was closer to 5 than 200 what it is now. I'll still have to fix the old airports' graphics to fit, but they work now. Oh yeah: All Hail Steve

New Scenarios
I have included 4 pre-made scenarios so that you can start playing from 4 different eras from the history air transport, all having a few new aircraft which have just appeared. I plan on making more & better made scenarios, but they will have one feature: You can only build aircraft, while the AI can do everything else. You can make your own scenarios (or include the Aircraft Pack) by seeing the FAQ

Edited stuff
I have made a calculator to calculate better Purchase & Running costs for the aircraft. This means that I have replaced all of the default ones (and copy-pasted many new ones using old graphics: C-47, 737 & 747 families, etc) with the new stats. I have also renamed them & added a (S), (L), or (H) in the end. These mean that they are either (S)mall, (L)arge or (H)elicopters. The Airports also have these signs, making the choice of airport to plane, or vice versa, easier.

Q: How do I open the .rar?
A: Download WinRAR. Works like winzip but knows manymanymany more file extensions. And .rar makes files up to 50% smaller than .zip's

Q: The .exe is corrupt/I get errors while trying to run it!
A: Check the answer to the question above.

Q: How do I play this?
A: Run the Installer & follow the orders. Notice: It won't replace anything!

Q: I can't build any new aircraft!
A: Start one of the custom made scenarios from the 'Beginner' tab. Or edit the existing ones, it's not hard at all.

Q: How can I play other scenarios with the new aircraft?
A: https://koti.mbnet.fi/peksoft/lomo/help/ ... index.html

Q: How can I add these into my savegame?
A: https://koti.mbnet.fi/peksoft/lomo/help/ ... index.html

Q: Locomotion crashes while Loading/Checking New Files!
A: That shouldn't happen. Open the configurator & uninstall, then try again. If Loco still won't run, re-install it. If it does run, inform me about it. Unfortunately Loco doesn't give any error messages so it might take awhile...

Q: There is something wrong/I don't like this thing, it's not correct!
A: Please post about it at this thread, I'll answer you asap. If you've not registered at TT-Forums, you can view my IM names/email address below.
Last edited by Paasky on 17 Dec 2005 16:58, edited 39 times in total.
Top

I cant help at all with your request, but wish that i could.

A request however, if anyone can find the stats for this plane, i'd love to see it in the game You don't happen to be Finnish? The game doesn't even have the noisemonkey? whew... (That's what I call it, the "Möly-Apina", because of the noise it makes.) Perhaps some Soviet Planes too? They would be cheaper to purchase but cost more to upkeep. The An-225 Mriya is one I'll be doing for sure. 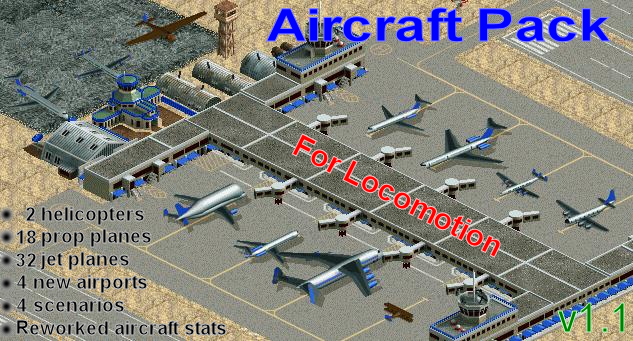 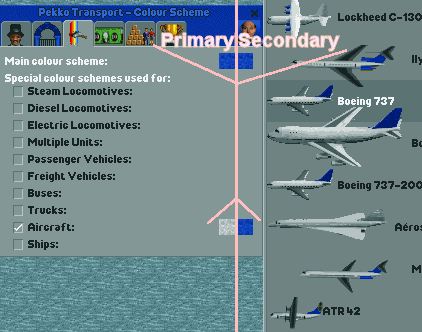 I am not Finnish, but many of my friends are and the last time i flew there was oooohhh, April, for the greatest holiday of my life in Lapland!

I have flown to Vantaa 4 times since November 2003 and i love your country a lot.
Top

OK, I did the MD-87. The front section is eespecially good looking I think. 1st post for it.
Top

That MD87 in the picture looks fantastic!
Top

An-225 only needs engines, the front window, a few doors and the red stripes and it's complete too. This is fun! Now, how can I put them in lomo? I KNOW that people know. Please share...
Top

you'd be my hero if u could do these

i have no experience wit .max files

but as for converting to lomo palette, Do you have Adove photoshop cs.cs2? i can help you there.

N.B.note the files also have to be converted to .png format

And may i please request some other freight planes. (such as the the antonov) the hercules loses to much money and can only carry 20 bags of mail.

I'm more used to Paintshop but I've used Photoshop (that's what we used at school).

if your using cs there is a manual created by IA about converting to lomo palette (page two i think its on). with cs2 it is a bit different but i have created an action for it altough it is not completely automatic.

i have psp but not knowing enough about it.
Alex C.
Top

Osprey preview in the 3rd post! It's going to be a helicopter with the engines turning.
Top

all of these aircraft are turning out really good.

because i'm really daft 'n' all, could you explain to me more clearly about the help you need. just so i can understand what you want/need.

Mostly with how to make 3ds render all the directions & how to make paintshop pro (or photoshop) put the correct palettes.
Also, how to put the ###.png stuff into the .xml, ie what numbers to put into it.

I've done a few buildings into lomo already so I'm not a total noob in the modding stuff. + I learn stuff fast.

If someone wants to render & re-palette these, be my guest

will you be doing the ones that i linked to, i can give you the specs for them if ou don't know
Top

If you get three-sided pictures of them. It makes modeling so much more easier. And the propability of your plane being done is risen exponentially. Especially because I'm not really into hypermodern stuff. Although that X-33 does look good

Because you can build it from just 3 sides
Sadly for the massive cargo plane, only 2 sides could be done.

YOu think you could draw up futuristic planes as well??
From the top of your head?
I know I can, and would like to post them here, but scanner has gone for a walk... dunno where, but ill find it

I did, however, see someone say something about someone making a helicopter. I'm sending him a PM now.
Top

Yer, but the A380 has the wrong stats, way wrong.. these where relised the day it was finnished and tested(the stats).

The stats are easy to change, even you could do that.

The A300-ST Beluga is on the third post! More cargoplanes for you Amtrak