Here's my latest scenario. Its loosely based on the Peak District in England, but is basically just a simple landscape with lots of rivers and valleys. 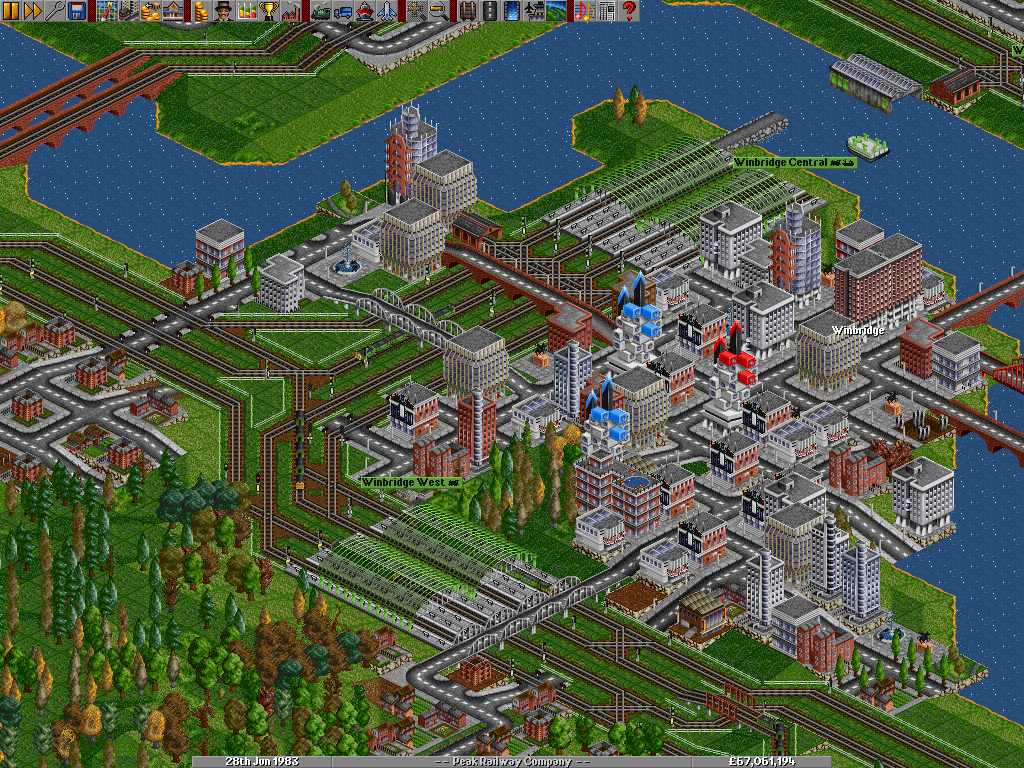 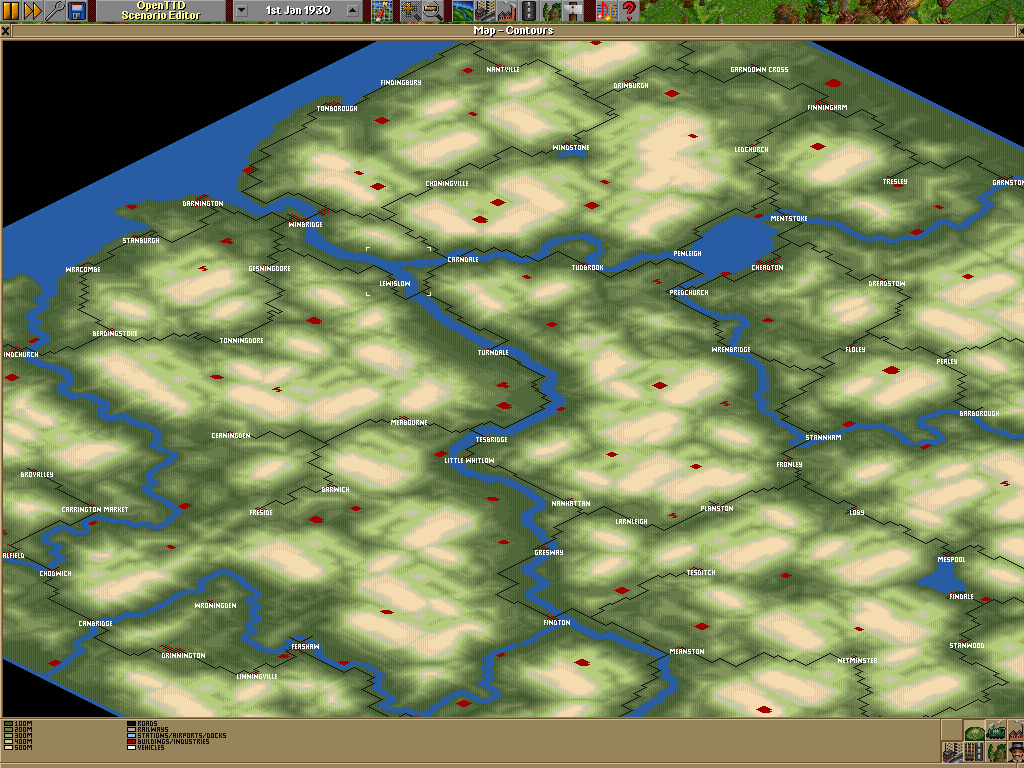 Arctic Scenario with a lot of Islands. I have include some Oil-rigs.

Here's my first serious attempt at a scenario. (and a long winded description

Set on a fictional coast of Japan, an island connects to the mainland on a narrow, crowded spit of land. From there, looking South the mountains rise up abruptly, with scatterings of forest, hiding the resources within. To the east the city of Tahatashi resides between ocean and mountains on a bed of fields, and the boggy rice paddys. Unlike most places in this remote region, the city is linked to the rest of the mainland by a winding highway (A scar soon to become insignificant not long after your arrival, no doubt). To the West the land is barren, where a glacier shoulders its way inevitably towards the sea. But the island to the North is full of forgotten possibilites. 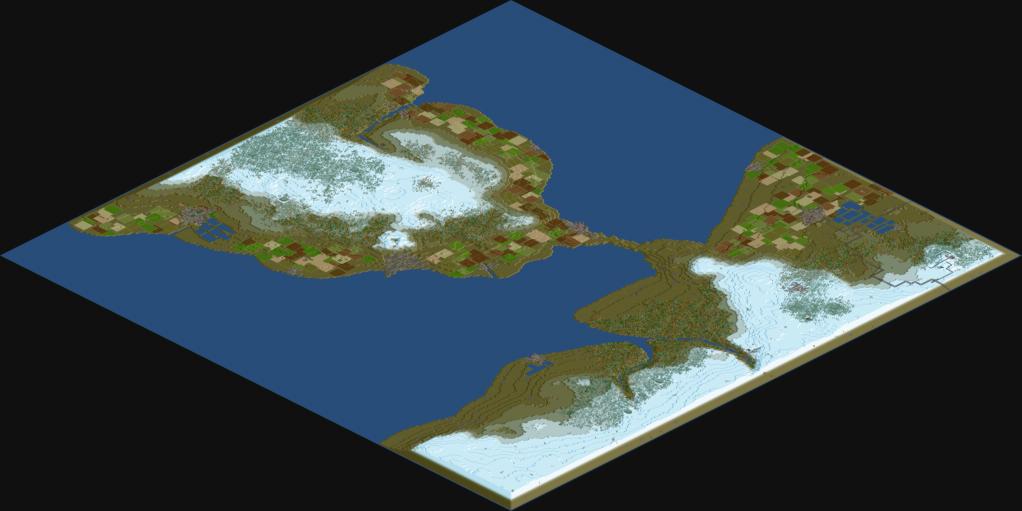 Or try my scenario instead!

-(A lazy) OpenTTD Japanese Translator-
-(A lazy) PNGcodec user-
"You get what you pay for, so pay attention!"

You can build a eurostar network from London to brussels or build in the scenic welsh and scotish valleys. Or hop over to Ireland to drink a pint of guiness. Any comments and suggestions welcome. Guess I better start working on a US map of sorts...

I love that uk map.

That map's orientation follows neither mine nor OTTD's compass directions, but it's still awesome. 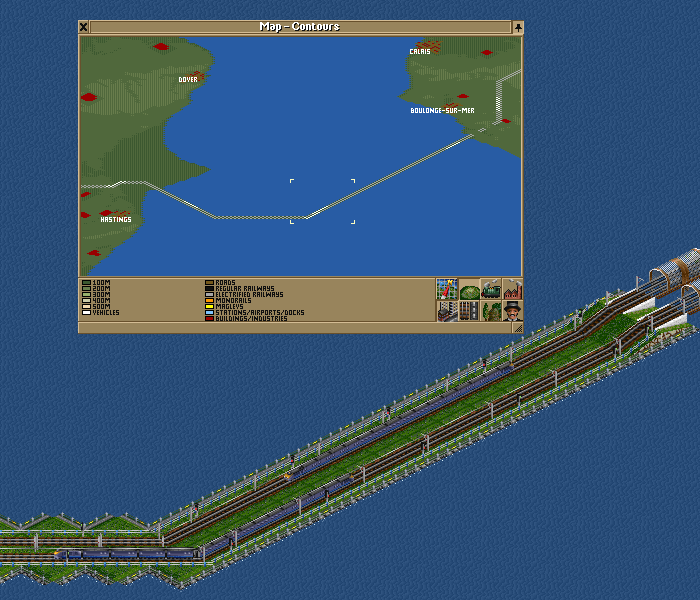 The Channel Tunnel. ;) Some bridges are built at two locations to allow ships to pass.
eurostars.png (22.31 KiB) Viewed 16264 times

Im having loads of fun with maso's uk map

Got a nice small coal network going around worcester.

US Coast to Coast. Build network stretching from east to west. Haul freight across the rockies. Even venture into the reaches of Canada. Any comments and suggestions welcome.

I want du play that UK map. I put it in the "scenario" folder and then I started OpenTTD. I wanted to start a new game an selected the UK map and read following error:

It's only the map of Uk and the USA. Every other map in this theard I can play

Can anyone help me? I haven't found any How-to for installing a new Map. Must I do something, except putting the file in the "scenario" folder?

you only need to put them in the scenario folder, to play just load scenario not load game
Top

Do I have to download some extra programmes or patches? I have OpenTTd 0.4.8
Top

You'll need a nightly build from that version or greater to play the scenarios, I think.
No-one's more important than the earthworm.
Top

The second screenshot of the USA one is *definitely* with the MiniIN, as it has my snow-in-temperate patch and the subsids patch. If it has been made in the MiniIN, then it will definitely not load in the nightly. (The other way around works fine however...)
OTTD NewGRF_ports. Add an airport design via newgrf.Superceded by Yexo's NewGrf Airports 2
Want to organise your trains? Try Routemarkers.
--- ==== --- === --- === ---
Firework Photography
Top

Hi, I was wondering if anyone could suggest some good maps for OpenTTD. I find the random generator a bit boring - scenarios are much better. My favorite map is the Africa map that ships with vanilla OpenTTD - Shipping Food and goods down to Capetown from Morocco is intensily satisfying. The UK map in this thread is also pretty cool. The US one is OK, but it feels a bit bare, and the mountains didn't really feel epic enough.

Anyway, the kind of map I am looking for is a maximum size map that is nice and challenging - I really love those super long train routes. Real world maps are prefered (shipping goods from Kuwait to Naples is fun) , but any challenging map will do. If one exists, I would like to have a go at making a european train network, particularly.

check though this thead you will find there are a lot in here, but you do have to look on every page, some are zip, while others are with the .scn ext, most have got a preview with them, if you are using a miniN then try building your own using the high map function, you will find instructions on how to do that , in the fourm as well.
Top

Hm, that US map could really use some real rivers. One of the screenshots shows the Hudson running dry to the south of Albany.

If anybody could do me a favor and creat a heightmap of Sweden / Scandinavia... at a great size.. like the Africa and middle east scenario..

If somebody would do this and save it as a blank map, i will do the following :

Add the cities at their real locations.
Adding trees allover the landscape.
Adding Factories where they mostlikely would be.

Anybody willin to help me out with this?

Offcourse, Credits will be given to the one making the heightmap.
Top

This is my first scenario, and I am pretty sure there's loads of bad things in it. First of all, I have created it with the nightly r6767, and it can't be played on the stable releases.

Info:
Starting Year: 1970
Competitors: No
Climate: Temperate
Max Loan: £300 000
Size: 512 x 512
Description: The map is formed by an egg-shaped place with a mountain in the middle, there's the name explanation. Two big cities in each end, roads connects every town.

Well, I don't know what more to say, really. 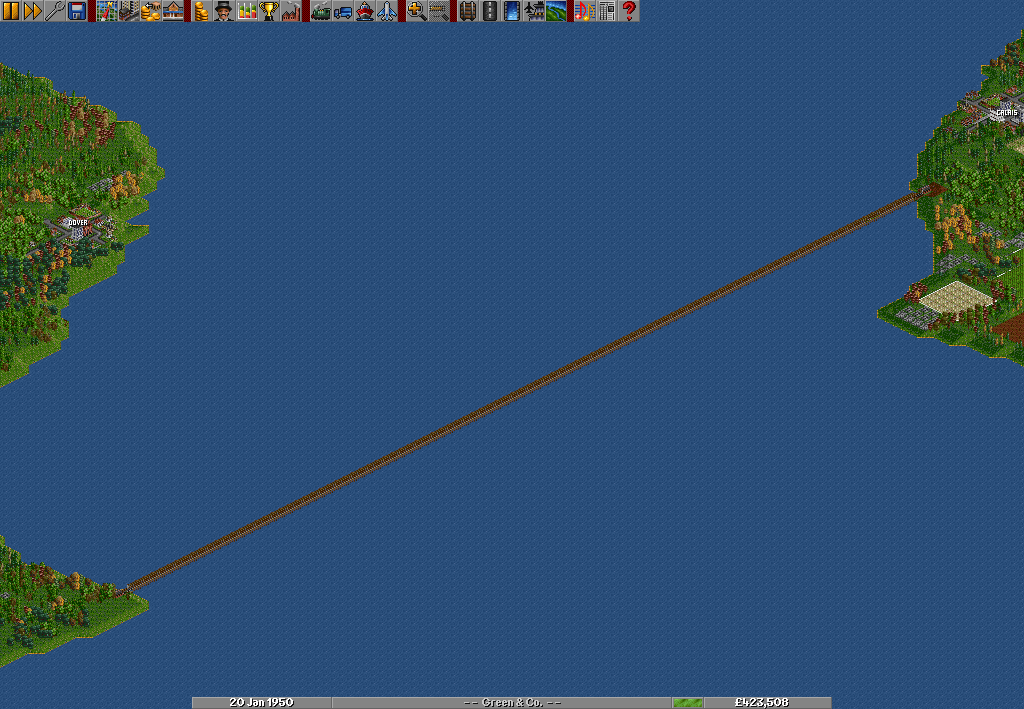