It was sealed and only cost me $14 USD. Now why am I making this topic you ask? Well, it doesn't seem to be TTD at all. It just seems to be Transport Tycoon + Scenario Editor. I am confused, the CD says TTD and the cover says it's TTD. Now the question, what is this? Was I scammed? I am highly confused.
Top

http://www.chrissawyergames.com/info.htm has a list of transport tycoon game release pictures, maybe you can figure out what you have.
Being a retired OpenTTD developer does not mean I know what I am doing.
Top

Well first off, the boxes listed on there are different than the ones I have seen. UK boxes and not NA boxes? Anyway, it is most definitely Transport Tycoon World Editor / Scenario (DOS) even though the CD does say Transport Tycoon Deluxe on it. I also noticed this CD was last modified in 1997, and the copyright on the disc is from 1997 as well. Is this a well made dupe, or was the wrong version copied to the CD? I can provide an MDS/MDF image for the CD. I attached some images of the game. 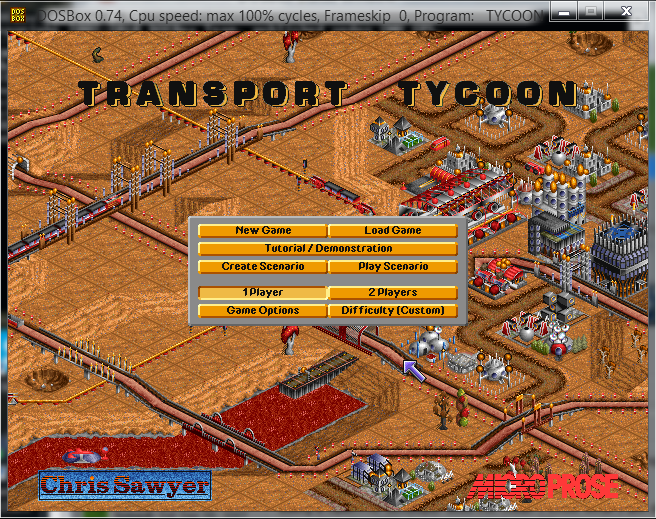 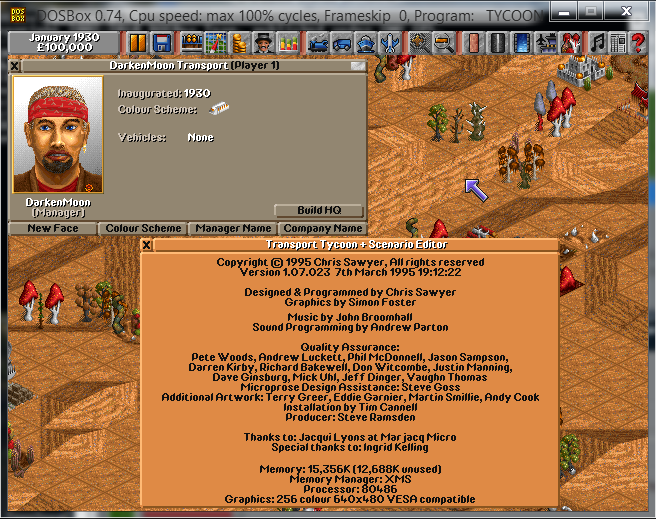 Unfortunately I can't quickly check what is on the disk/game itself, as I run 64bit and it won't even begin to try launching the .exe on it.

edit: from those screenshots, I do agree it seems to be TT+WORLD EDITOR expansion with the Mars graphics. Out of interest, do you have a screen of the actual cover? It seems odd they'd be such a glaring print error. Not unheard of, of course.

I uploaded images of the game to Google Drive, since they were scans and they were fairly big. https://drive.google.com/folderview?id= ... sp=sharing
Top

That's different to what mine is, mine has this cover

Googling is of no help here, 'Transport Tycoon Deluxe' brings up the cover you have, and the cover I have. I wonder if two versions of 'deluxe' were released, the original being just TT + Editor, and then later another improvement, the one now generally known as 'Deluxe'. It's the only thing I can think of?

It just seems I got fairly unlucky. Oh well, maybe next time. I can't fault the Ebay seller though, since he (more than likely) didn't know. Also, I think the boxes are different in the UK and US. The ones on his website are from the UK, as far as I know.
Top

DarkenMoon wrote:It just seems I got fairly unlucky. Oh well, maybe next time. I can't fault the Ebay seller though, since he (more than likely) didn't know. Also, I think the boxes are different in the UK and US. The ones on his website are from the UK, as far as I know.

At least now you know for next time eh? Sorry about all the disappointment. I didn't know there was a mislabelled copy out there myself.

It was a pure coincidence. Hopefully next time I try to get the game, I actually get the game.
Top
Post Reply
10 posts • Page 1 of 1