Looks very nice to me, even though I never played Locomotion.

I was wondering about the shots at http://www.tt-forums.net/viewtopic.php? ... 8#p1141558 why are there the huge curves in the tracks (3rd picture in particular). Is that by design or did it just happen?
Being a retired OpenTTD developer does not mean I know what I am doing.
Top

That's my own odd little design. I just wanted the massive station to be more compact.

Really glad that you think so!

I'm looking forward to seeing some more of these screenshots. Don't be surprised if you see my own Oil Oasis screenshots popping up in the screenshots thread in the not too distant future.

I swear I'll do it soon! However, expect to see some shots of a multiplayer game with my friend, who will be home next week for Spring break.
Nations Game Season 4 | Locomotion Screenshots | Twitch | YouTube | Noteflight

Remember when I said that? Well, I ran into a snag. Locomotion stopped working altogether and it seems like my computer just rejected it. However, I just bought it on Steam and it's up and running again.

Should I still make a diesel-age Oil Oasis, or is it time for another project?
Nations Game Season 4 | Locomotion Screenshots | Twitch | YouTube | Noteflight

If you are having fun doing that, you should

. If not, or if you think it's dated then you shouldn't. You play the game of course mostly for your own fun, and if we have the pleasure of viewing your work that's totaly up to you mate

Let's see what you've got

Well first thing's first, I've got a few leftovers from a while ago. 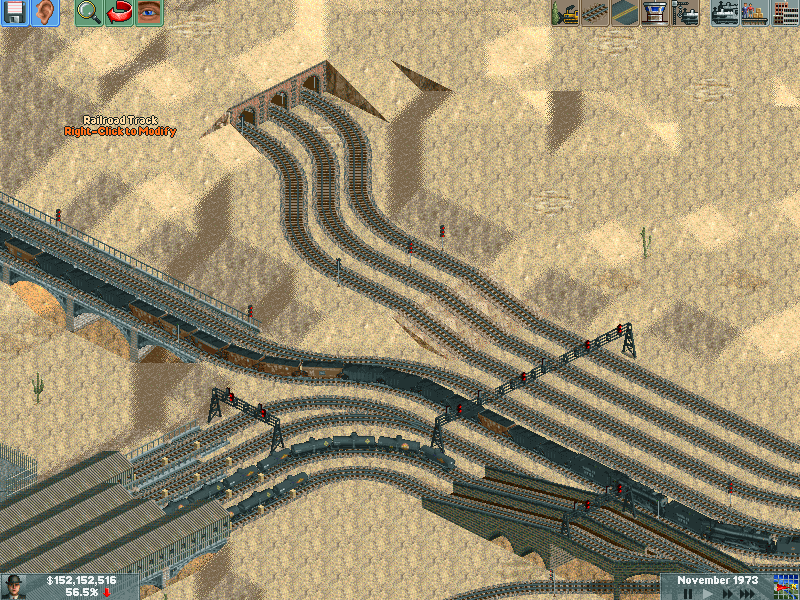 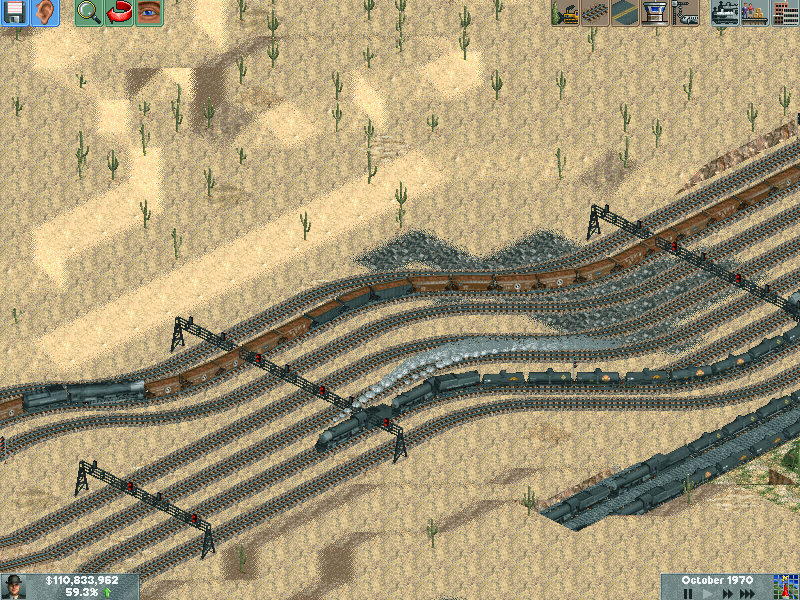 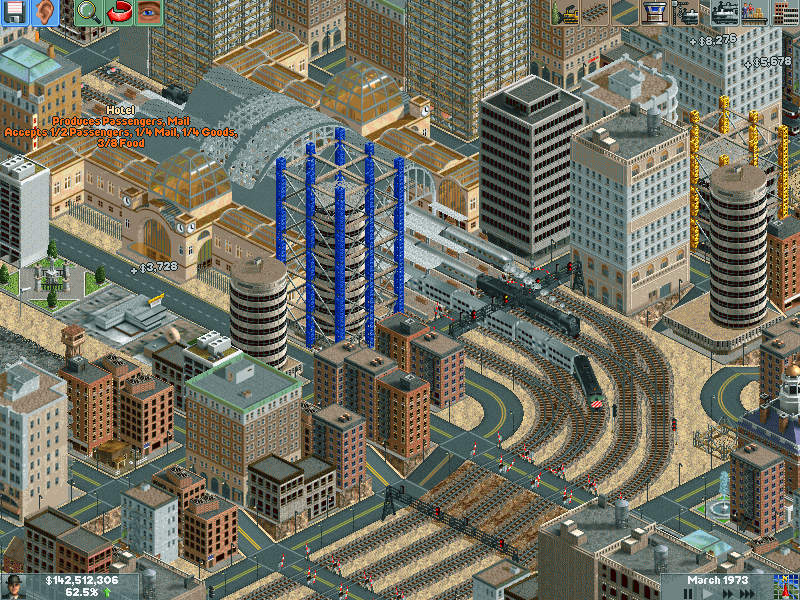 I think (?) this is from Aerophobia. 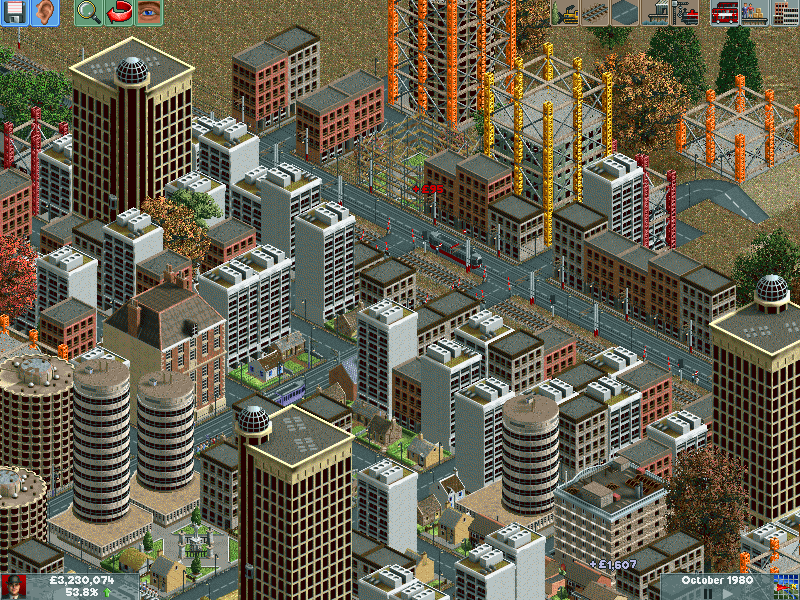 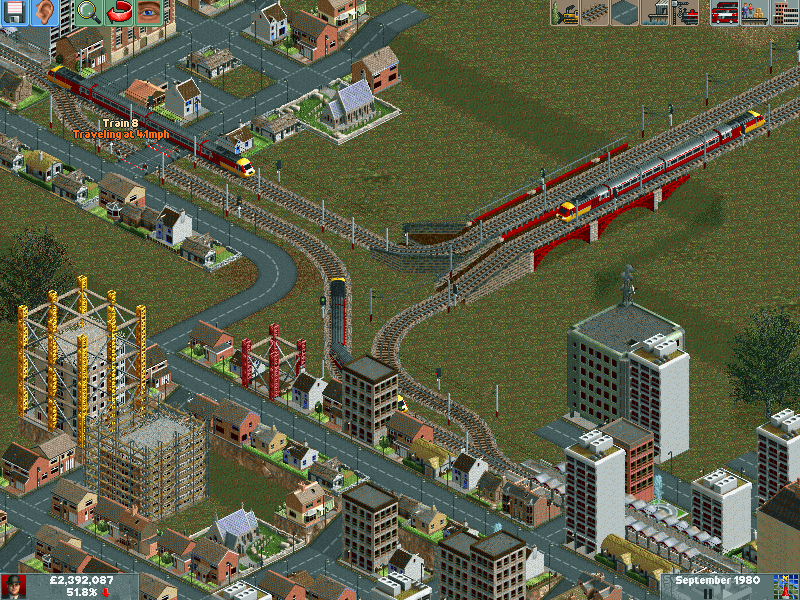 Also if you'd like to help me troubleshoot my game so I can post more, please do

I've decided to revisit the Lake District in the diesel age, and due to the wooded landscape I plan to focus on engines and rolling stock found in the north such as Canadian National and even some BNSF or Norfolk Southern here and there.

Nice screenshots Zakos ! I didn't really played a lot with the Lake District (always sticked to the Serpent somehow), but maybe I give it a shot as well. I still would like to try out my banned NAM project on that scenario as it has a lot of potential (like all of Zimmlock's scenarios

). When I'm working on it I will post a few screenshots as well in my own screenshot-topic

Alright, so I ran into some troubles. First of all, the first time I started my game, I ended up going bankrupt because the rating system for Locomotion is fairly short-term so it doesn't recognize a profitable line unless it turns a profit often enough. In short, I had to build the same simple oil line twice.

After that, things were running smoothly. I built a very long oil line that stretched almost the length of the entire map and also had another oil line feed into the same station. It was all well and good last night until I loaded my game this morning and it looked like I had never saved after building the first line.

So I built it a second time and everything was perfect. Then I went to quit the game as I was talking to my sister and I hit "don't save," so you can imagine where that landed me.

Griping aside and without further ado, I give you the Lake District in the diesel age! 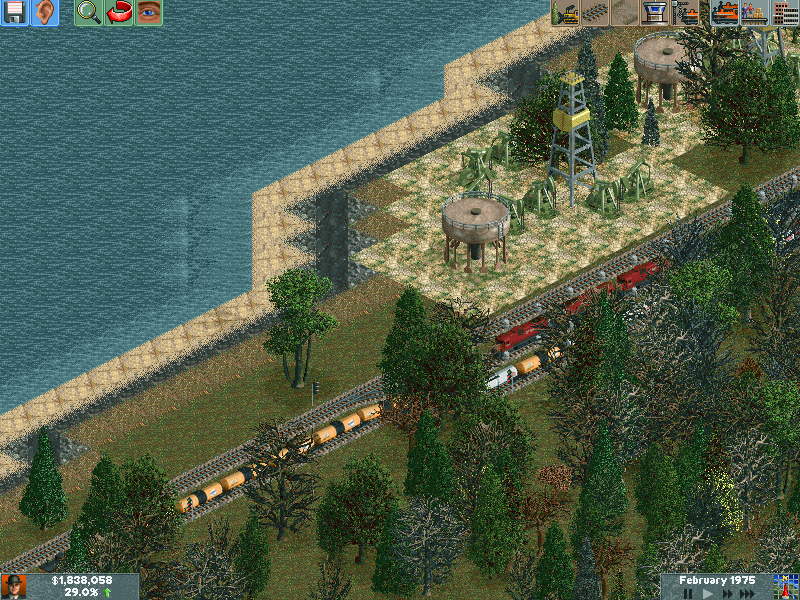 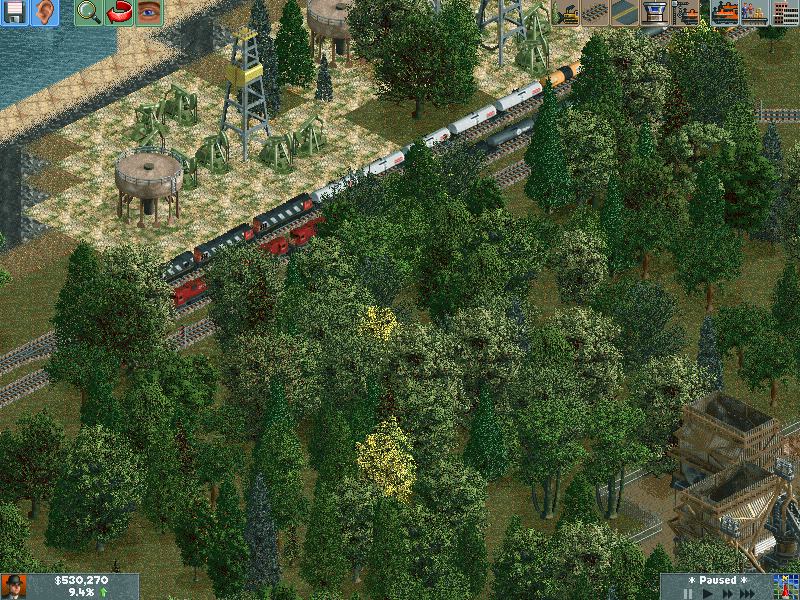 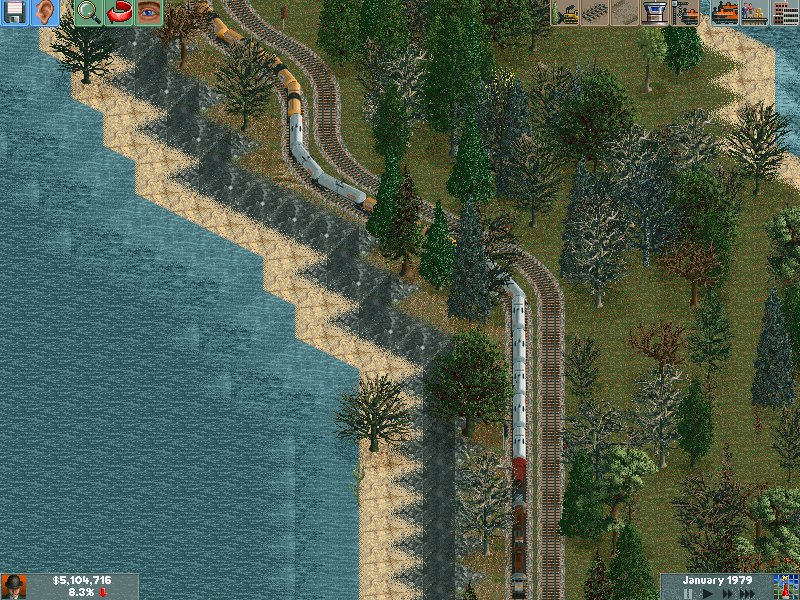 Here's more of that long line, where we can see the "feeder" station serviced by CSX engines.

Also I built a tram track in Blackwater because why not. 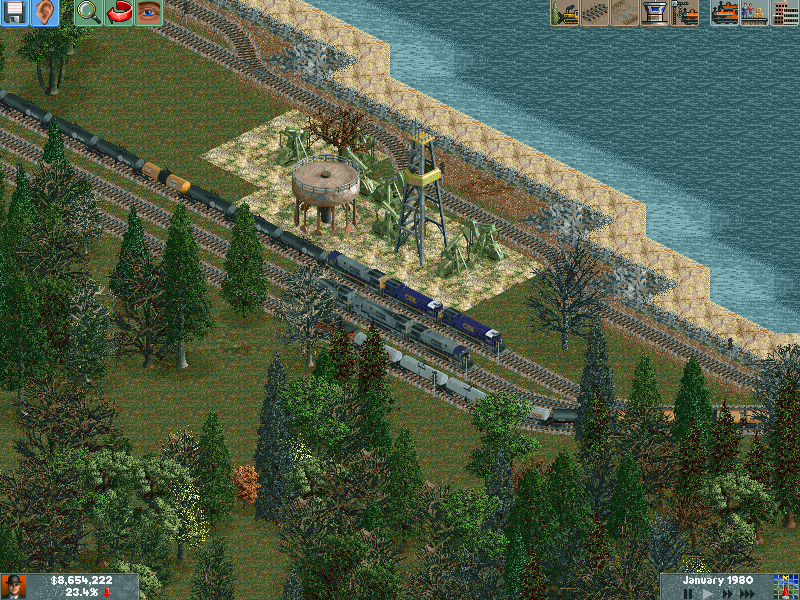 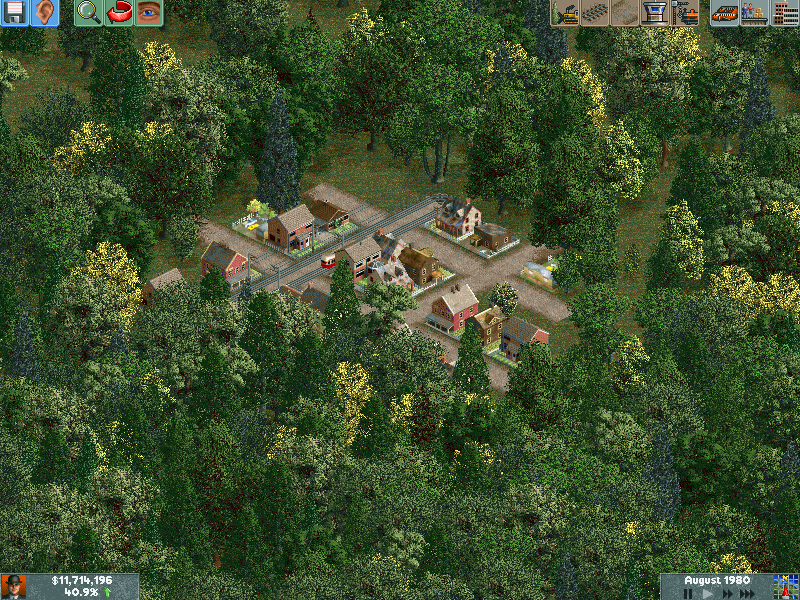 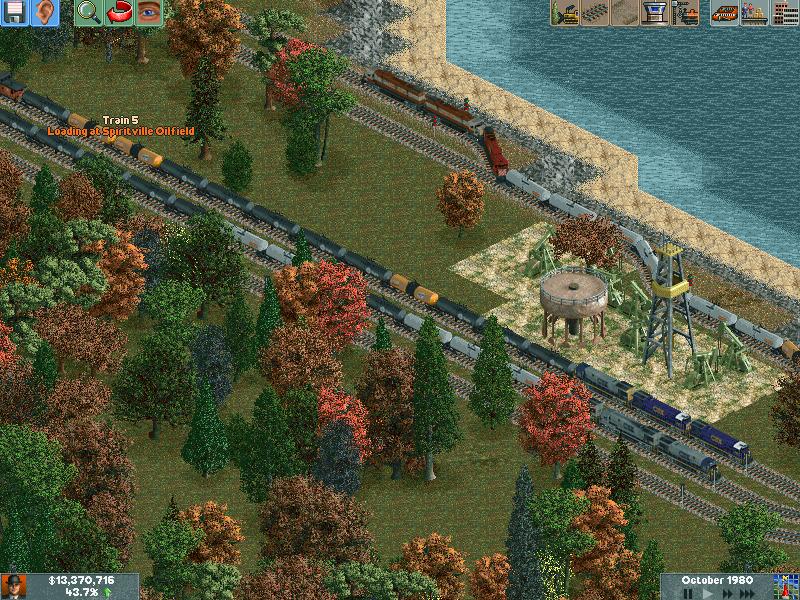 Here you can see basically the same thing, just done a second time. Notice that the engines are Burlington Northern instead of CSX, which I'll use on the next delivery system. 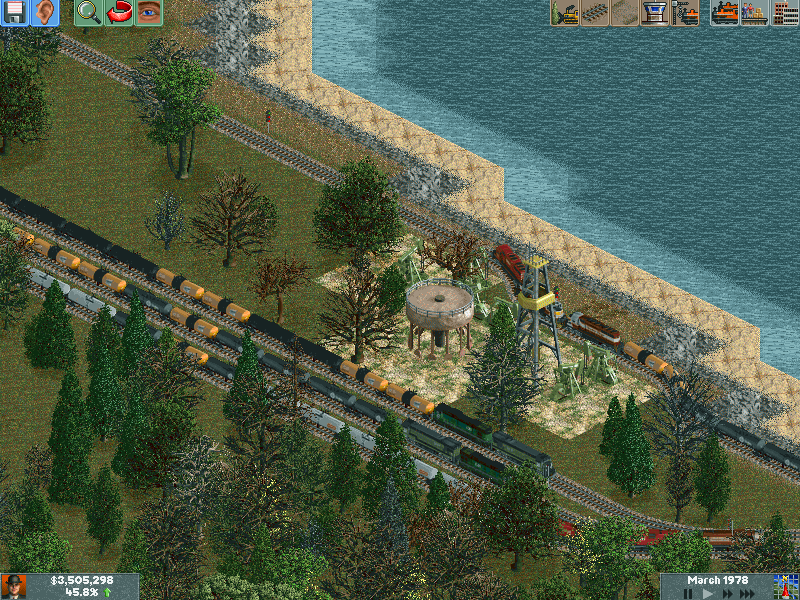 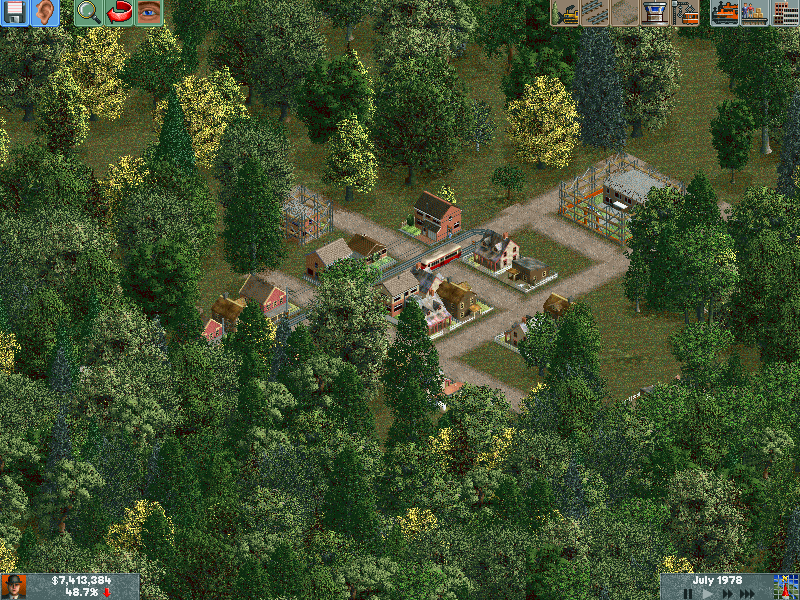 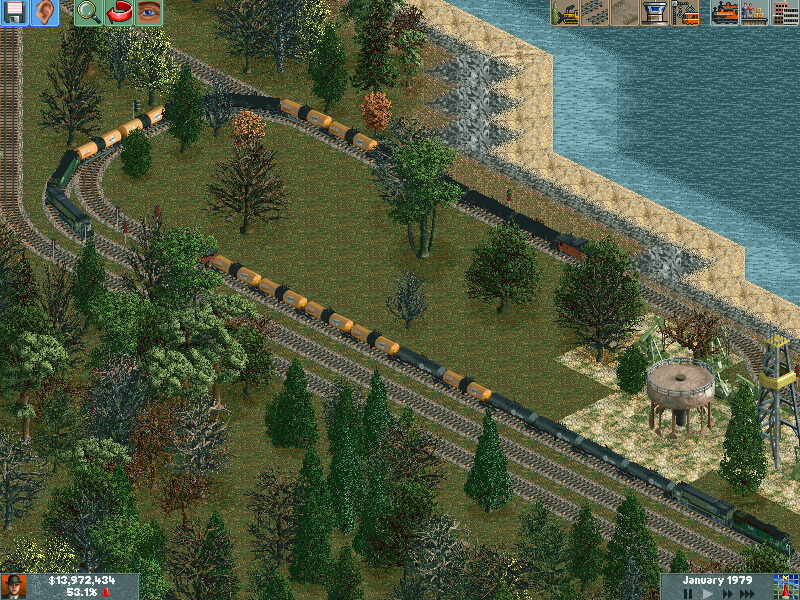 Never forget to save your game