Well, time flies when you're having fun, eh?

Five years ago today, I released the first version of what is, I'd like to think, the definitive aircraft set for (Open)TTD(Patch).

Today, the GRF has more than doubled in size from the original release, up to a massive 62 vehicles (plus 12 generational upgrades) for OpenTTD. Features such as variable speeds and running costs make this set as interesting as aircraft can be within the current spec, and I will continue to update it into the future as new features like newgrfairports continue to make the air game more challenging and enjoyable. Bug reports, suggestions and feedback to the development thread, please. More information about the GRF and the aircraft in it is available from the wiki page.

Hey, Pikka, nice to see the Norseman airplane. That's the plane that Glenn Miller went down in over the English Channel. Will have to download this GRF and fly one, with the name of "Miller Memorial Special" or something like that!

Love to see the great work on this set. Hard to think of the days of vanilla TTO and TTD where the planes were only useful in the jet age, and even then fairly slow, due to the plane speed thing.
Without Trains America Stops

Happy anniversary, and congratulations!
Do you like drones, quadcopters & flying toys? Check out Drone Strike Force!

Nice, I can't wait to use this, it's the only plane set I use in modern openttd versions. Would be nice if the Boeing 787 Dream Liner could be added eventually. Though you've already done quite a bit updating av8 to 2.0

I tested the GRF, I love, but I have an error message that I can not understand, I try to change the settings but it refuses to go, how to fix this? View image,sorry for the quality

Hi,
I just put all the settings, save and restart the game, there is this error message does not come off, you could tell me what setting I have to enable or disable please!
Thank you in advance

Thank you for your help, it works!

And as added birthday bonus, you can land your seaplanes on water now. 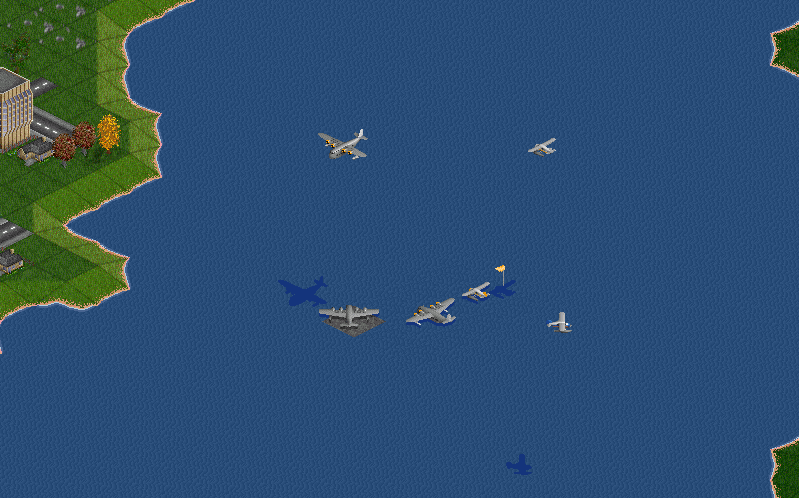 Quast65 wrote:And as added birthday bonus, you can land your seaplanes on water now.

If a save game requires 2.0, shouldn't it be downloaded automatically from Bananas? (whilst being hidden from being downloaded manually due to a more recent revision being out there) Or am I misunderstanding that functionality?

SquireJames wrote:If a save game requires 2.0, shouldn't it be downloaded automatically from Bananas? (whilst being hidden from being downloaded manually due to a more recent revision being out there) Or am I misunderstanding that functionality?

Not automatically, OpenTTD doesn't establish any connections, unless express consent is given by the user. But from the load savegame dialogue you can go to "seach for missing newgrfs" and there you'll be presented with the option to download those missing NewGRFs which are available from the online content service.

I don't have save
Top

Knew it was something like that planetmaker, thanks for clearing it up for me

Question then ShOot13, not that I wouldn't provide the file if I had it or anything, but if it's not for a saved game, why do you need a very specific older version of the file? I believe that both 2.0 and 2.11 are written in NML and as such require newer versions of OTTD to run (and hence why they won't run on patches based on older revisions). Just seems like the difference between 2.0 and 2.11 is so slight as to make no difference.

SquireJames wrote:if it's not for a saved game, why do you need a very specific older version of the file?

PikkaBird wrote:2.0 was the last version without range limits.

But a question - please keep in mind, I'm new to Newgrfs. It seems I can't use them with scenarios? I'd love to use them with a US or Europe scenario but it seems like the graphics settings for downloaded scenarios are preordained? Are there any scenarios that use Av8?

I've figured out how to get it working with a randomly generated game - but it's not the same playing with made up geography. Please let me know if I'm missing something obvious!