One of the newest features in JGR that allows gamescripts to make use of the time of day. As such, I present:
Peaks and Troughs GS
In normal OpenTTD, the time does not actually matter, and a certain frequency at a certain time is either always enough, or never enough. Scheduled dispatch allows for 24h timetabling, but there is no reason to.
In real life, we have peak hours, which create a much more complicated logistic problem. Of course, how this travel demand varies throughout the day depends a lot on the culture. Here in the Netherlands, people do not take a train earlier or later than the one that lets them be exactly on time, creating a hyper peak, but when you leave work isn't that important. Elsewhere, like the Swiss S-Bahn, the evening and the morning peak are both a bit wider, and the same height, they have two roughly equal peaks. In Japan, being early is frowned upon, as is leaving earlier from work than your manager, and working hours are less flexible than elsewhere. This creates both a massive morning peak, and an extremely wide and low evening peak.
In this gamescript I tried to roughly recreate this relationship between time and travel demand using 3 presets. None of these 3 presets should generate more passengers than other presets.
See here the demand graphs: 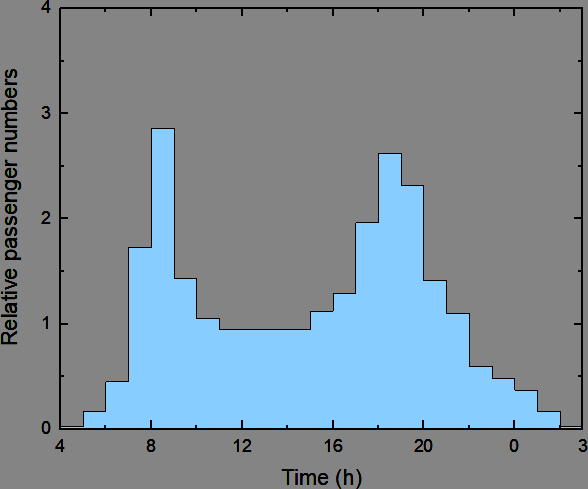 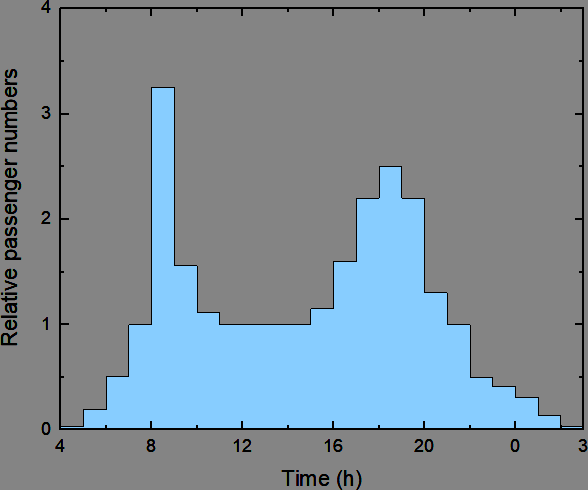 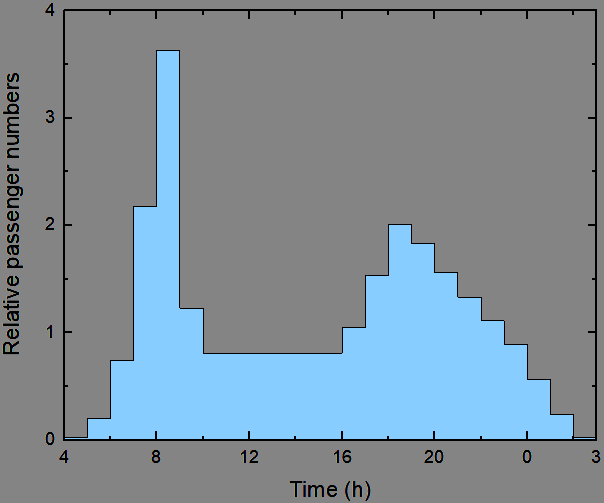 Hi, I am just curious I've tried it but I am not sure about the settings. Do I need to change anything or what is ideal settings, you would recommend. Thanks. I was looking for something like this thanks for that.
With best regards,
Špajdy.

I mean it is helpful because default settings are behavioral weirdly right now for me. Gonna try yours for this.Thanks.
With best regards,
Špajdy.

A problem I faced with 24 hour timetabling was that I hate adding departure slots for scheduled dispatch manually. There's more clever ways to do this than adding 80 departure slots for 4tph services, but I don't understand them. So instead of learning how they work, I learned how to make a script with autohotkey. So I automated adding departure slots, and I reckoned other people might want to be able to do this too. It's a bit of a hack though, as autohotkey scripts always are, so I can't guarantee it works, or if my code is the best way to do this, but it works on my machine™.

Attached is a .zip file because I couldn't put the file itself in the attachments. I extensively commented the autohotkey file, so if you read the comments you should know how to add your own times and how to get the script to work. You need autohotkey to get it to work, which I think limits it to working on Windows.

I hope you'll find it useful.