Some of you may remember my previous attempt at an AI, CPU. Creating if was a fun experience, but the result was super buggy and didn't generate much profit, and generally did a lot of stupid stuff. Since then, I have learned a lot about programming in general, and decided to give it another try. Thus, I present to you snakeAI. 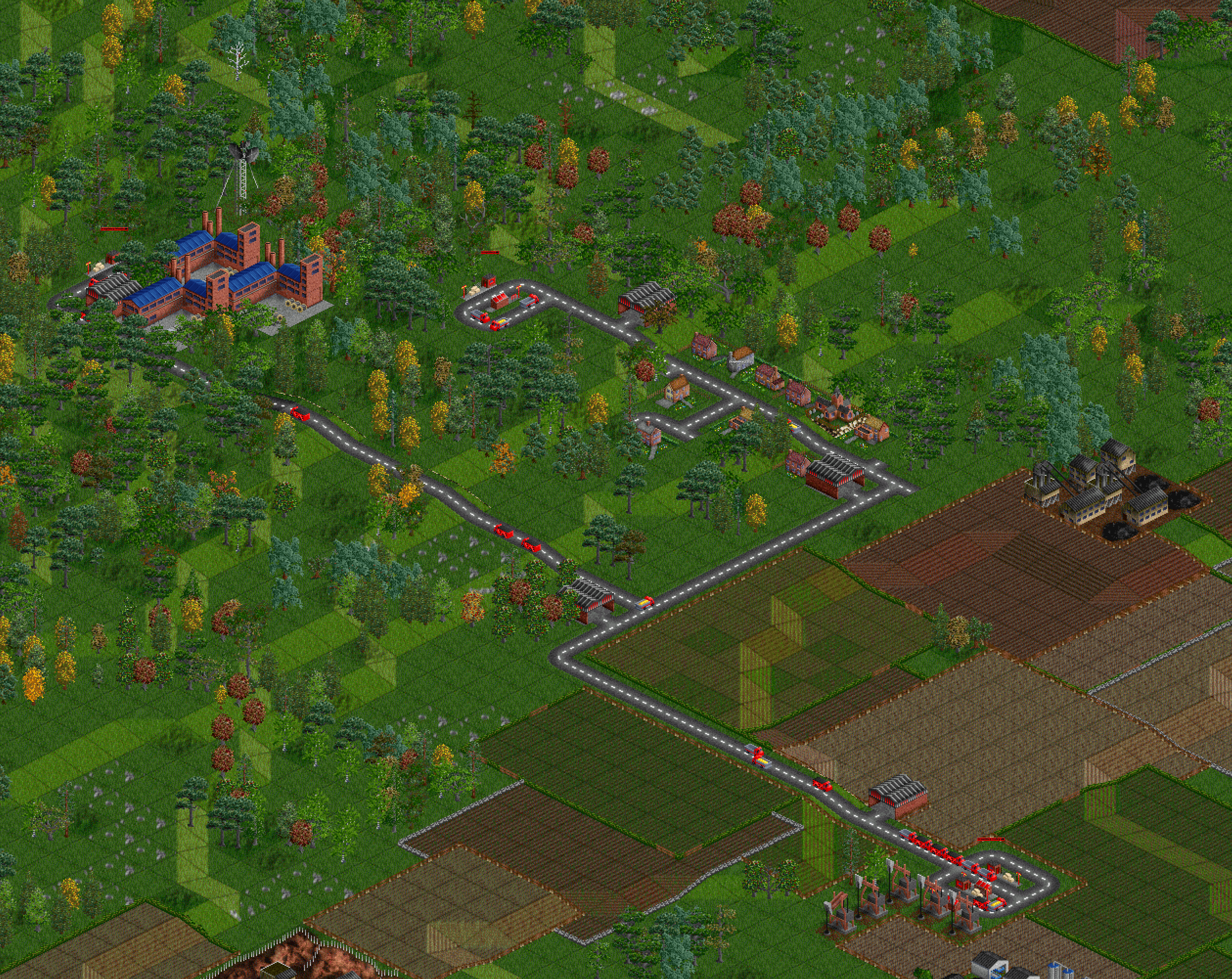 Some features: There are probably still plenty of bugs, and I have a few features I still think I may be able to finish before my holiday ends. Please send me all your crashes, bugs, and general strange behavior. There might be some I can fix.

screenshot.png
(2.39 MiB) Not downloaded yet

It's always good to see a new AI appearing.
However you might think about putting your AI online on bananas. Most people are too lazy to manually install an AI (including me). I think it will increase the chance of getting feedback. Good luck!
Top 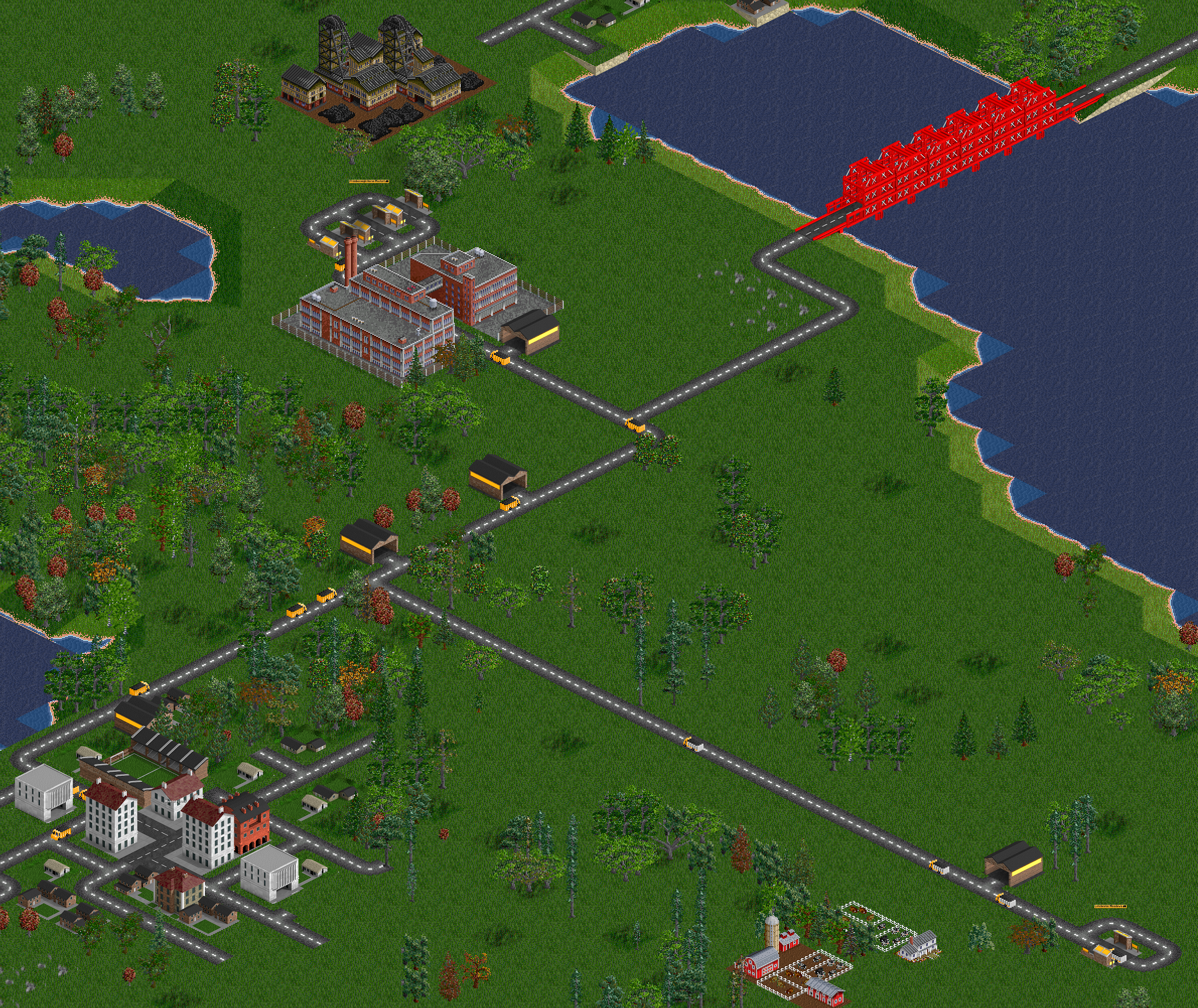 screenshot2.png
(4.19 MiB) Not downloaded yet

Thanks Xarick, should be fixed now. Other changes include slightly better loan management and some bug fixing in the station expanding routine. 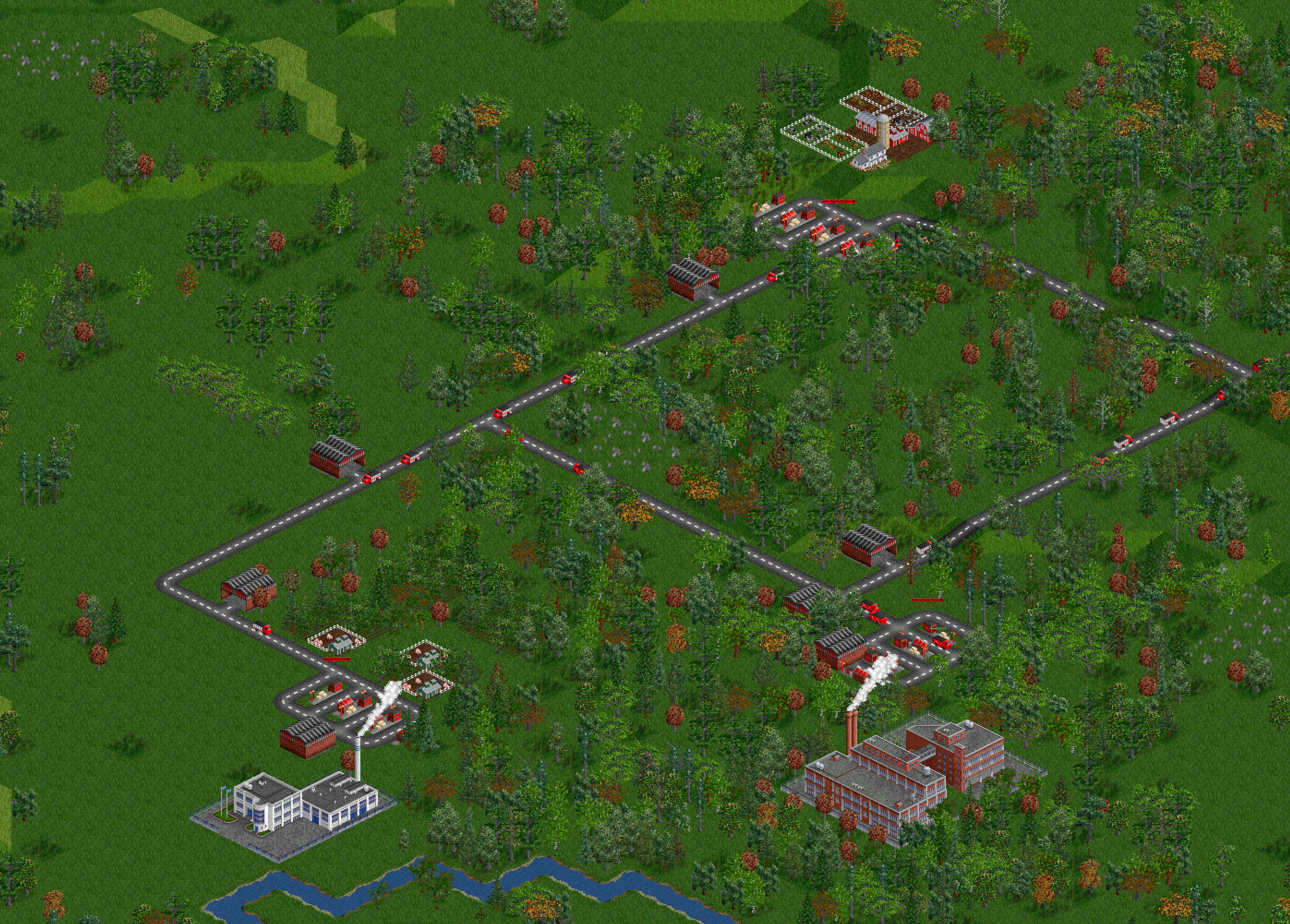 Even though this AI is quite simple, there are still some code paths that are super annoying to debug since they are taken so rarely. Sometimes while testing it runs fine for 20 years before some feature I implemented a long time ago starts behaving weird.

screenshot3.png
(2.35 MiB) Not downloaded yet 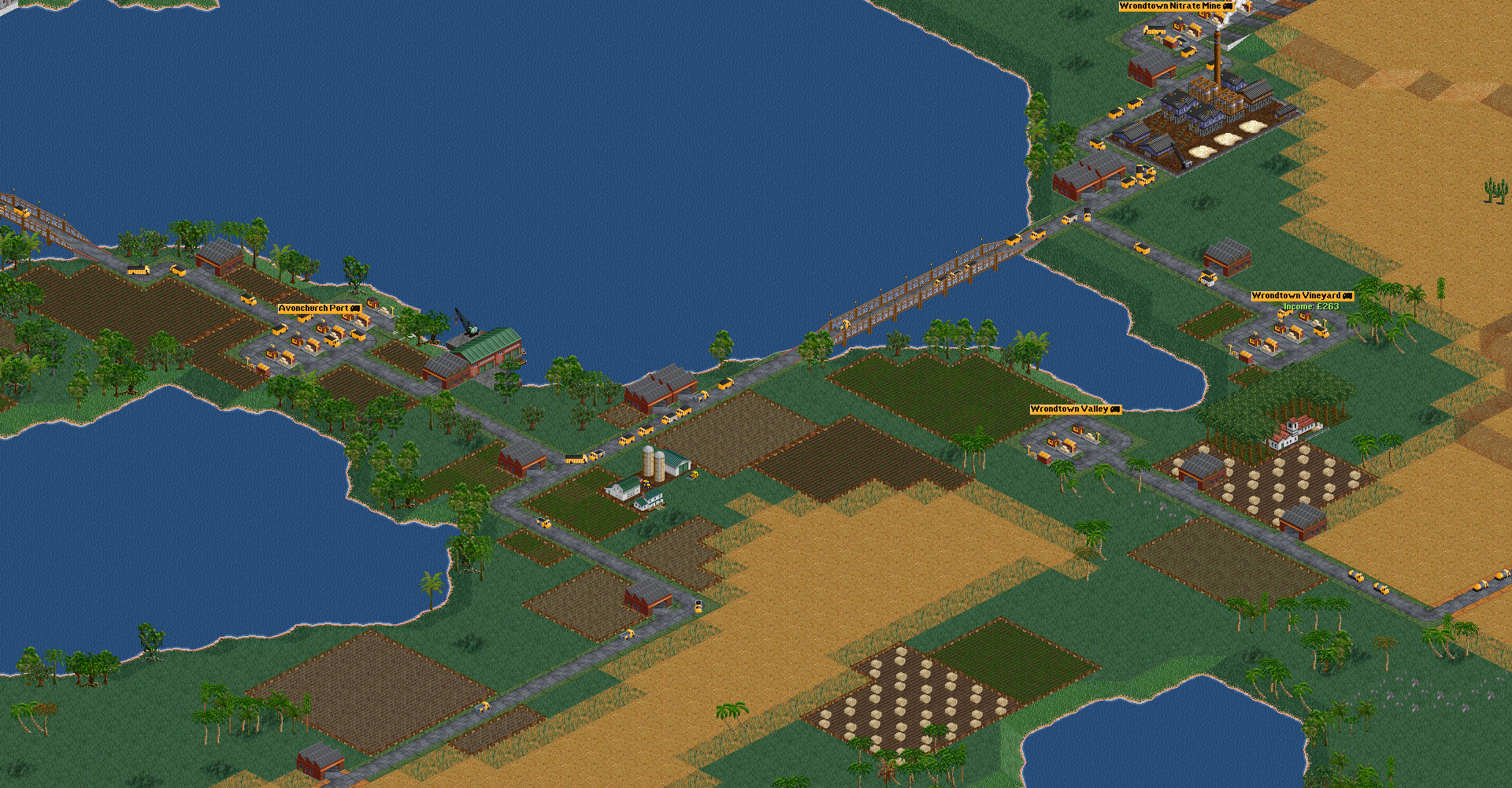 New version, the most significant new feature is planes. Planes are built to form a network, where every airport should have connections to as many as possible different airports as it can handle. Snake can also upgrade airports and airplanes, though it rather often doesn't work for some unknown reason (ERR_UNKNOWN is so fun to debug). 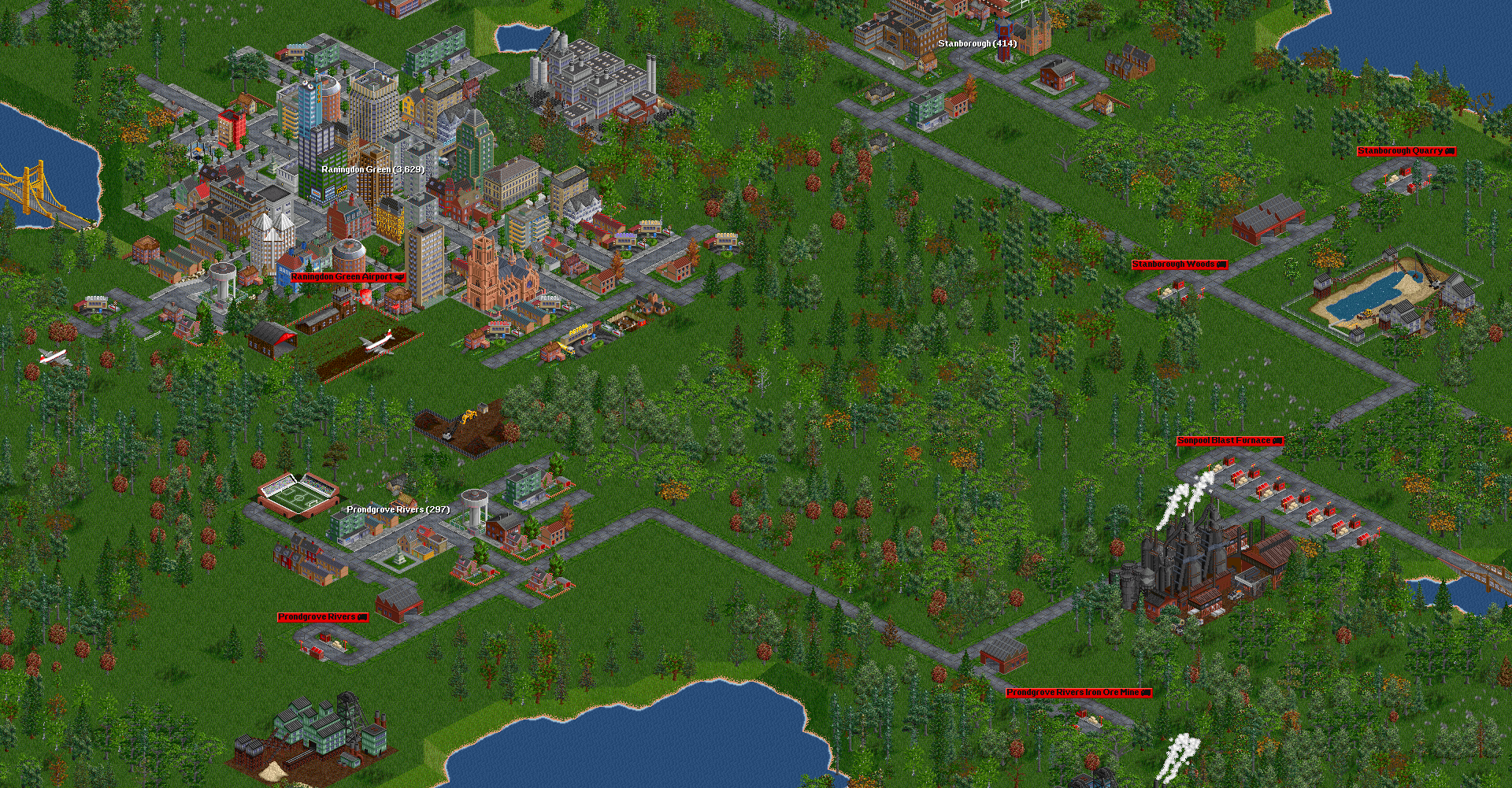 screenshot4.png
(1.07 MiB) Not downloaded yet

I recently took SnakeAI v4 for my road ai competition tests. It did well, here's the topic:

Once I get the chance, I'll try the newer version.
Formerly known as Samu
Top

SnakeAI v4. The AI appears to be stuck for 2 years already. Can't finish building the route.

New version, contains mostly fixess: While I think I allready have a bit many high-res images for a thread, I have a really nice screenshot of testing the limits of my AI by putting 190+ busses on a short intercity route. Snake sold most of them after about 1.5 years, except some actually magically managed to make a profit: 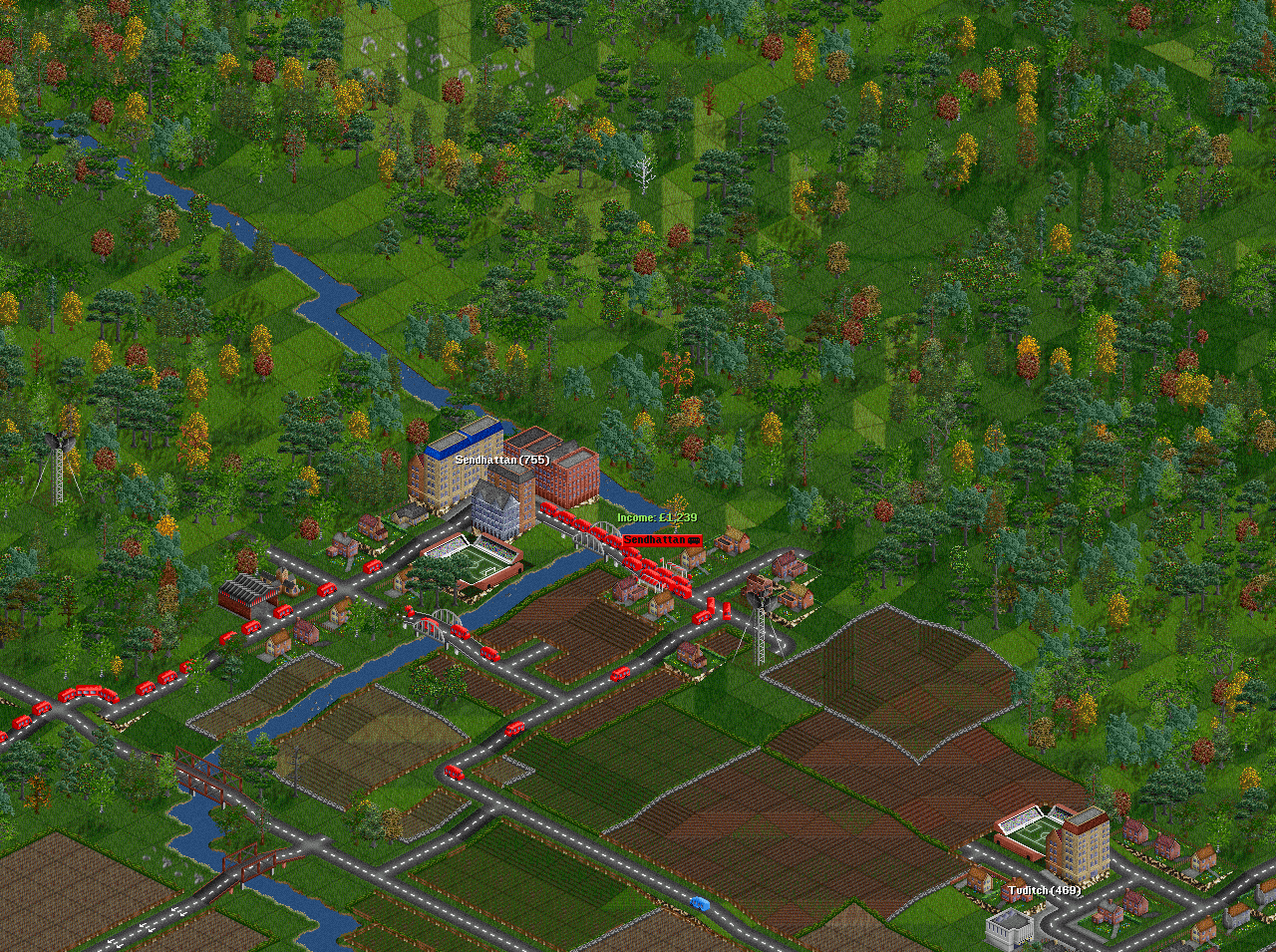 @xairick Thanks for the report. That is indeed probably a bug, and I'll look into it.

Version 8. Turned out my vehicle upgrade system has become horribly broken at some point, resulting in lots of way too old vehicles running around, as well as lots of vehicles without orders. Fixed now.
my AI: CPU, SnakeAI
Top

Version 9. Will now (attempt to) delete level crossings after a train crash. In case of a crash, the AI will first: Fixed this after noticing Snake was spending excessive amounts of money replacing vehicles on busy level crossings. The system does not currently always work. When multiple lines are using the same level-crossing, only one is replaced. It also does not detect whether the crossing is owned by a other company, (I believe there is no API function for this) and will attempt to destroy it anyway.
my AI: CPU, SnakeAI
Top

Your AI performed great in the first years when starting up. See e.g. the grey line in the image I posted in the EmotionAI topic.
However as soon as SnakeAI reaches the vehicle limits you see many ERR_VEHICLE_TOO_MANY. It should try to improve its best routes in that case and get rid of under performing ones.

It probably also is a good idea to add a setting that defaults to off to allow building debug signs.