Here is my attempt to write an AI. It is intended to be both challenging and produce nice looking infrastructure. I also plan to make it working with all possible settings and add support for all "normal" newgrfs - for now it should work with all newgrfs from bananas. 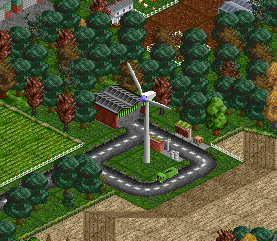 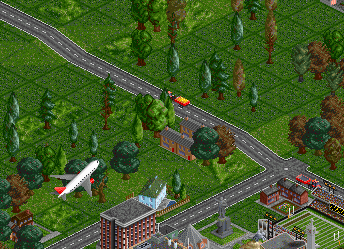 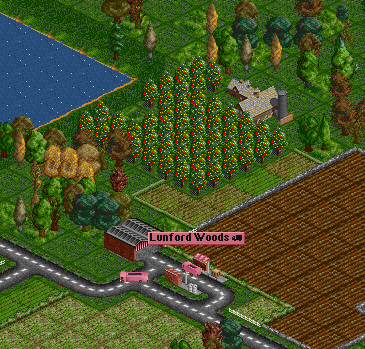 Nice view. I tried to give it a shot (no newgrfs, temperate climate): 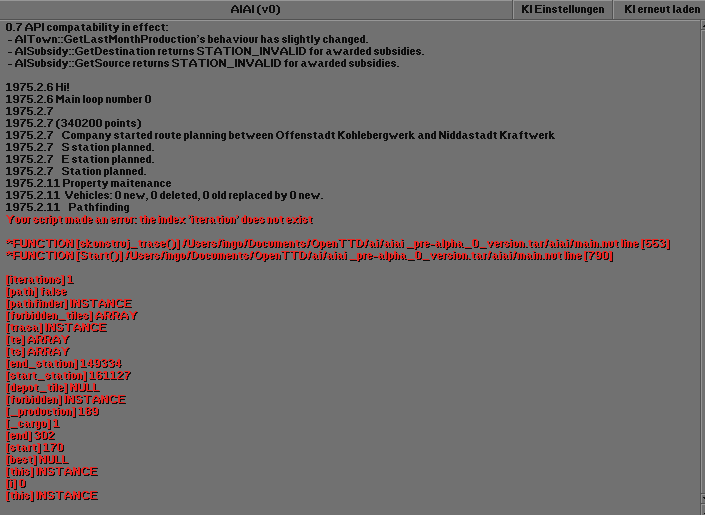 Now it should works.
Thanks for bug report!
Correct me If I am wrong - PM me if my English is bad
AIAI - AI for OpenTTD
Top

In my first test, your AI is working fine, it is incredibly fast

I'm really liking your AI. It plays really very fast and good, even it is only a alpha version.
It remembers me a little to the Pathzilla AI, which is one of my favourite AI's.
But unfortunenally I have to report a little bug, which I don't know why it happened.
Keep on working. Nice greetings.

Edit:
I have an idea to fix the problem. You just have to change line 352 of main.nut to: 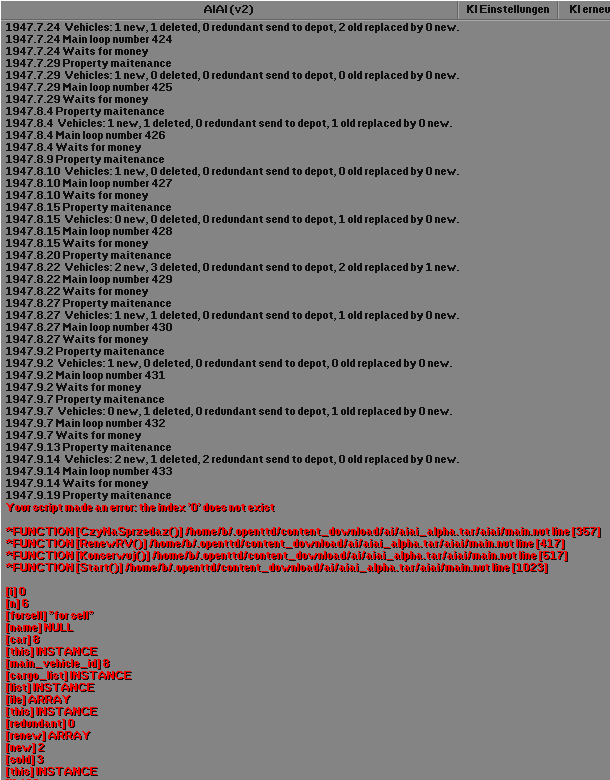 Thanks for bug report and good opinion about ai.

The main problem was that vehicleID was valid in RenevRV function (when AI created vehicle list in 413 line) but RV was destroyed before executing of CzyNaSprzedaz function. In result vehicle become invalid and program crashed. I must check what happen when Noai API get it: AIVehicle.Sth(invalid_vehicle).

It's still one of the fastest AIs of all time, it was working fine in my test, it reached the vehicle limits in a matter of years...
I have one little problem: airports are sometimes overworked, there were 14 planes using one small airport, for example. Apart from that, it was doing very well.
Top

Airport capacity still have flaws to find (sometimes capacity control is ignored). I am working on it.
Correct me If I am wrong - PM me if my English is bad
AIAI - AI for OpenTTD
Top 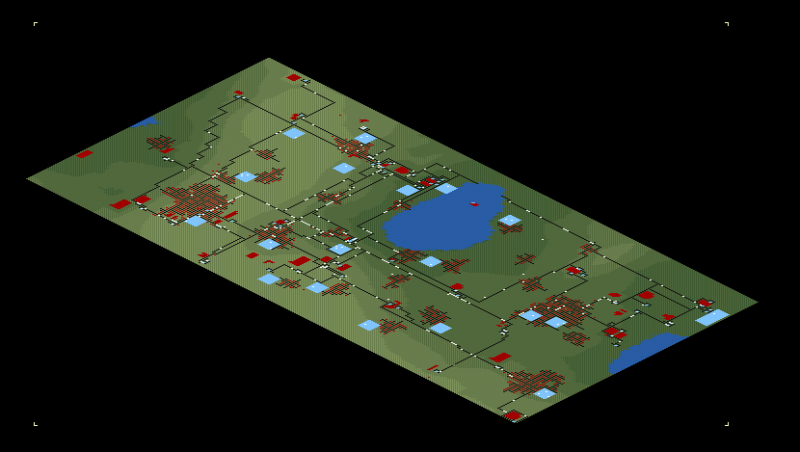 I found some little bug again in your AI again. But I'm sure you can handle it easily

PS.: I try to make a AI too (ok, it's not really mine), but it can hardly compete with your AI. Only sometimes it is a little bit better. But in most cases your AI wins. 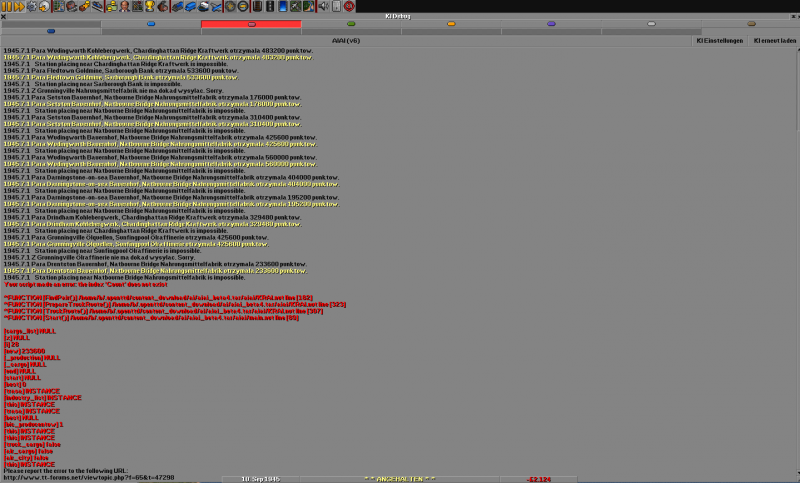 Thanks! It happens when industry is closed during looping over industry list.
Correct me If I am wrong - PM me if my English is bad
AIAI - AI for OpenTTD
Top

All known problems fixed (including bug reported by Steffl)!
This is gamma version/first bananas candidate.
So I wait for next bug reports.

And one small question. I keep aiai in content_download folder. Where it should be to avoid overwrittion by Bananas?

Where the openttd dir can be either the installation dir or OpenTTD in your documents etc.
My OpenTTD contributions (AIs, Game Scripts, patches, OpenTTD Auto Updater, and some sprites)
Junctioneer (a traffic intersection simulator)
Top

Aaargh
Know problem - factory servised both by truck and plane

Congratulations with your AI, I just took it for a test run and it performs really well! I did 2 quick runs I did with it it beated NoCAB fair and square

. It was quite a nice match to see, NoCAB took the initiative while your AI was able to catch up after 10-15 years and took the lead after that. Seems that your strategy to look for the best industries and connect those pays off, from what I gleaned from the games played NoCAB spends way too much time planning and thinking while AIAI builds and takes the lead as it is really fast.

Later in the game NoCAB did manage to crawl closer to your AI as better trains became available and it replaced all its small airfields with larger ones, but never close enough to surpass yours (at least not before 1985 after which time I had to quit).

Well done and I'm looking forward to your final AI! In the meantime I'll use this one to benchmark my own

Whoa!
An AI that beats NoCAB? (i've never tried Rondje OK?)
This is going to be some fearsome AI...
Good Luck!

It is practically impossible to teach good programming to students that have had a prior exposure to BASIC: as potential programmers they are mentally mutilated beyond hope of regeneration. --Edsger Dijkstra
Top
Post Reply
298 posts