Here's a map of my hometown in southern Brazil, starting at 1950, no fancy GRFs but hey what's keeping you from activating them as you will with developer tools on?

Most cities are actually neighborhoods of Porto Alegre city itself, with other cities from the metro area surrounding it (each with a couple of neighborhoods for themselves) plus some other outside towns. 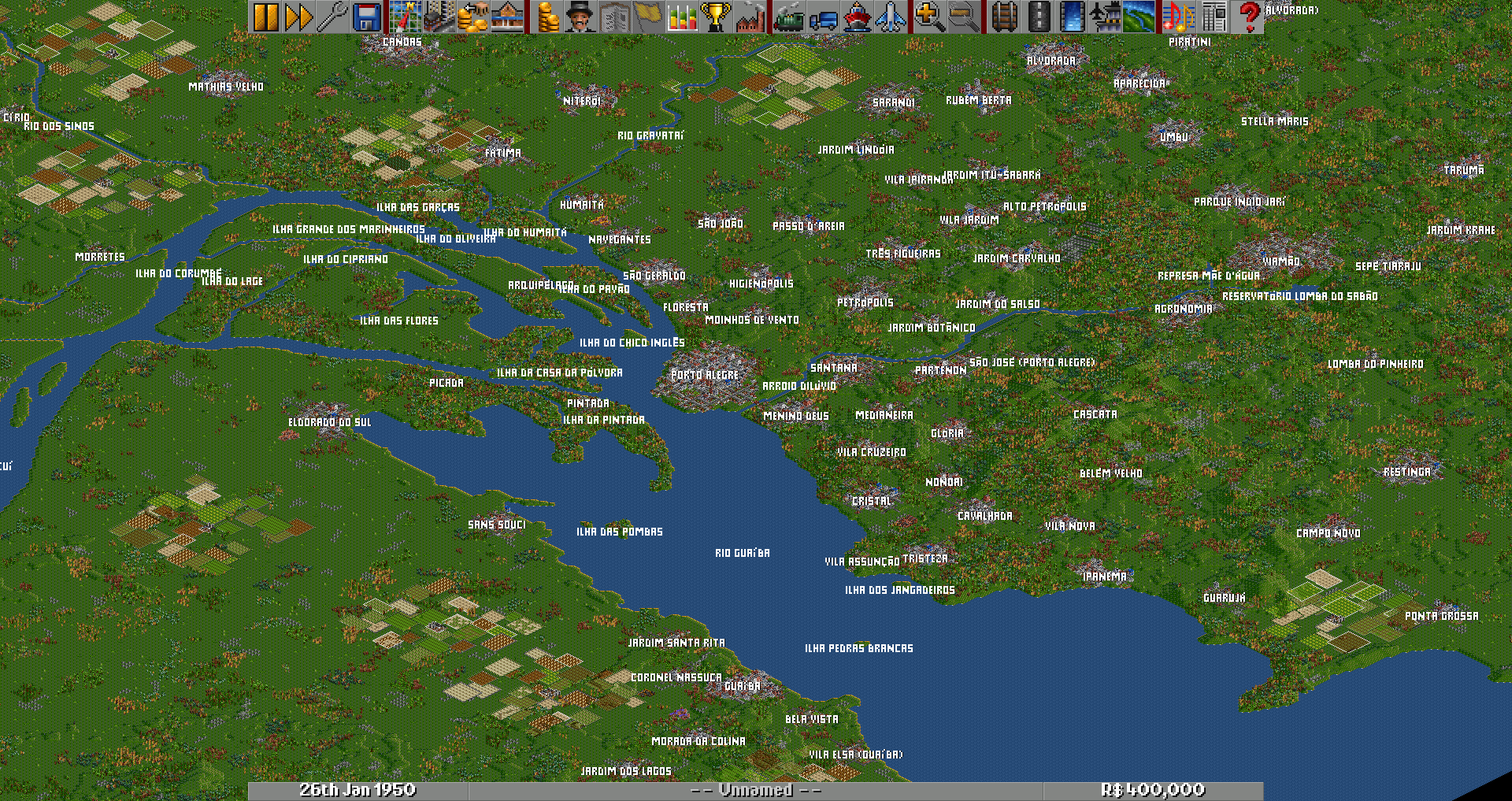 Grande Porto Alegre.scn
The scenario itself, what else?
(661.17 KiB) Downloaded 145 times