A long-term project of mine, started way back in 2010. This scenario is set in a fictitious group of islands in the Outer Hebrides during the North Sea oil boom. There's a well-developed existing road network which links all the starting industries as well as the towns (the lack of this has always vaguely bugged me) and about four raw materials producers for every processed products supplier; some of the latter are use it or lose it, so act fast!

AIs tend not to cope very well with this map, so I recommend playing it solo except for TownCars or StreetTraffic, or hosting it in multiplayer.

More detailed screenshots to follow, but here's a whole-map shot that was too big to attach: hosted on Box.com

Edit: Since planetmaker asked over IRC, the map size is 256x256 and the NewGRFs are... Well, just take a look: 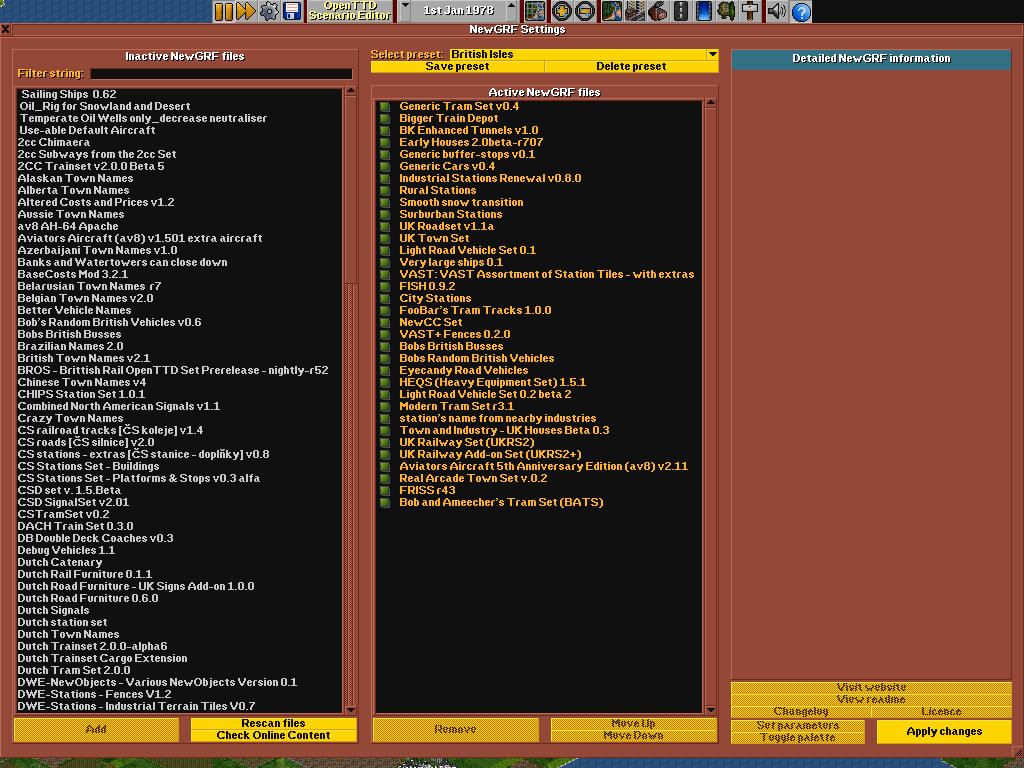 All of them are available on bananas, and up to date at time of posting. 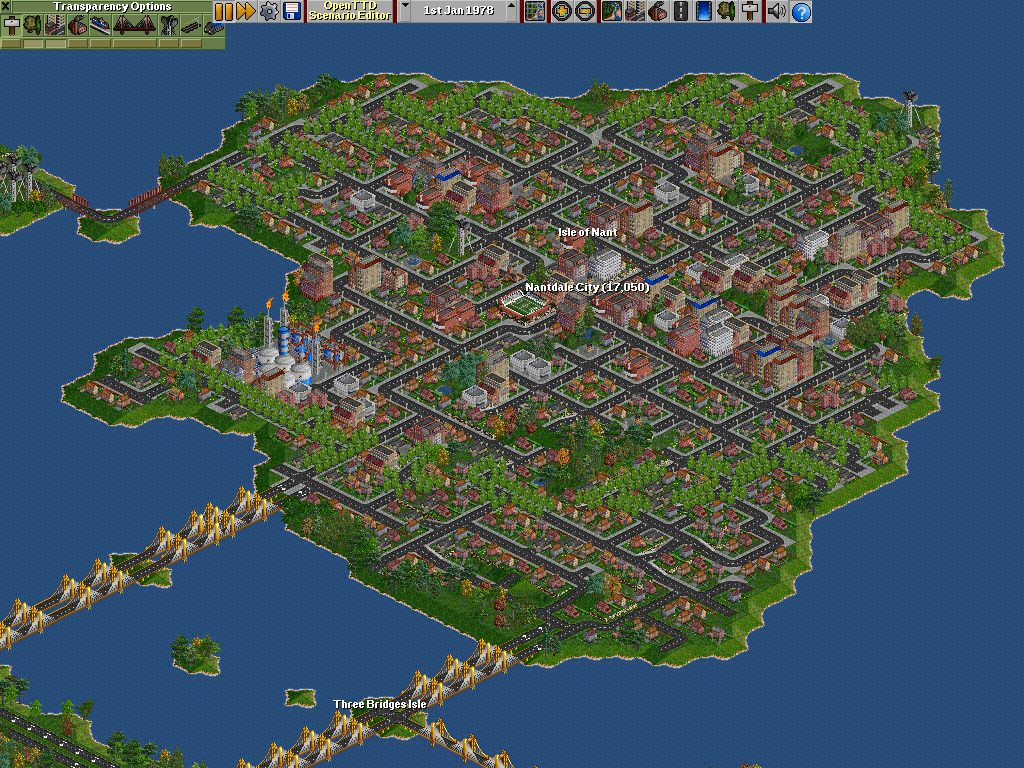 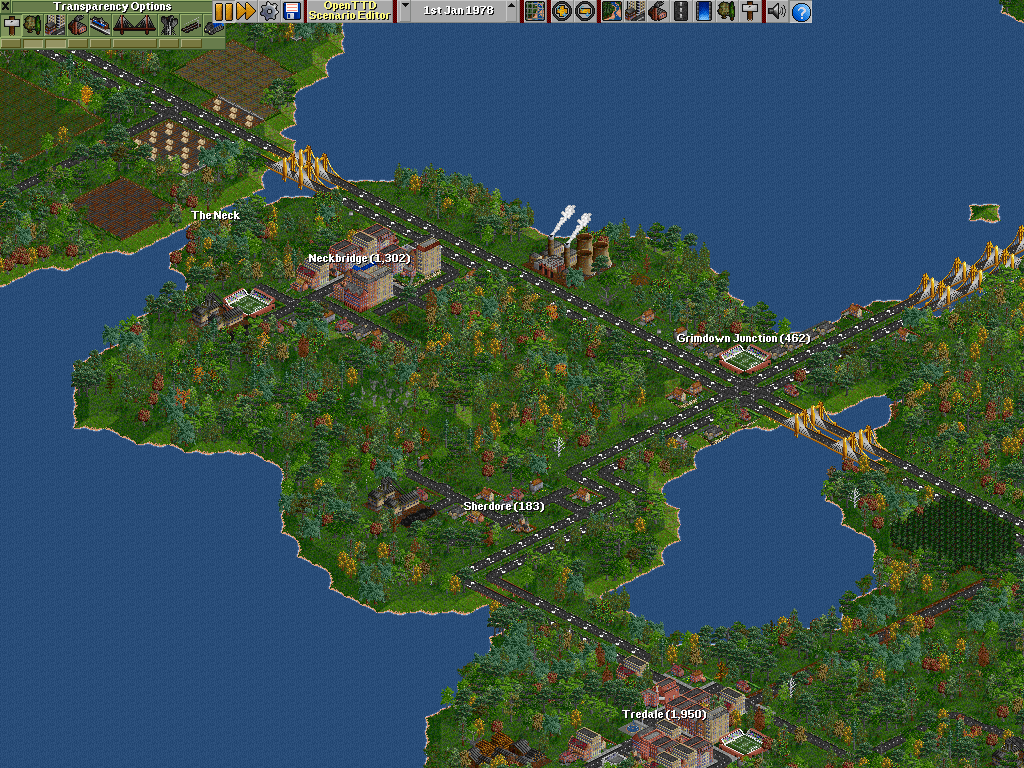 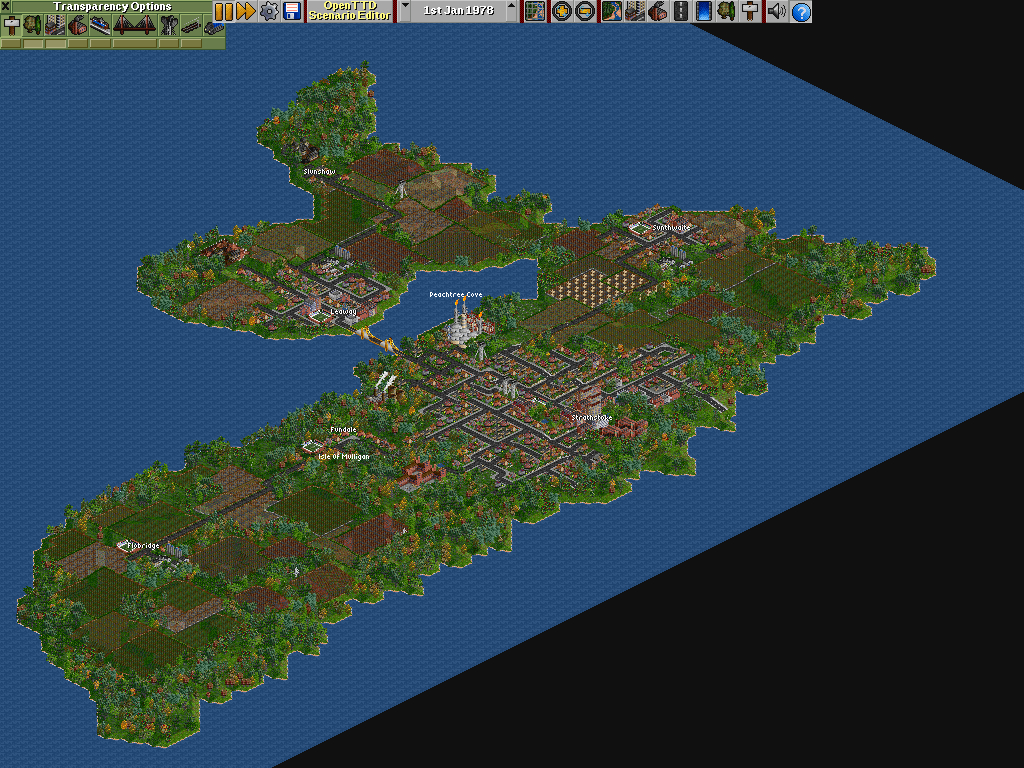 I played this scenario little bit and it was very nice and I liked lanscape and GRF-selection and of course complete road network with some motorways was very nice starter for my road vehicle based game.
My screenshot thread
Top

Two things I stumbled upon: Some people will find it hard to get back from work or their football match, home again: 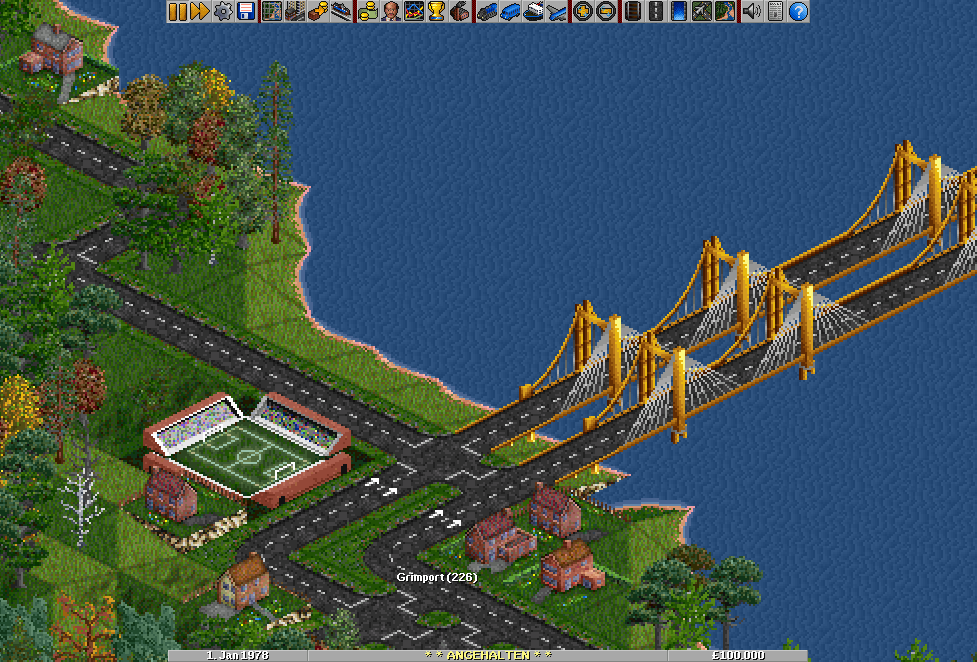 The 2nd is that the UK Roadset doesn't work well with OpenGFX (nor actually zBase) as it destroys the wooden bridges: 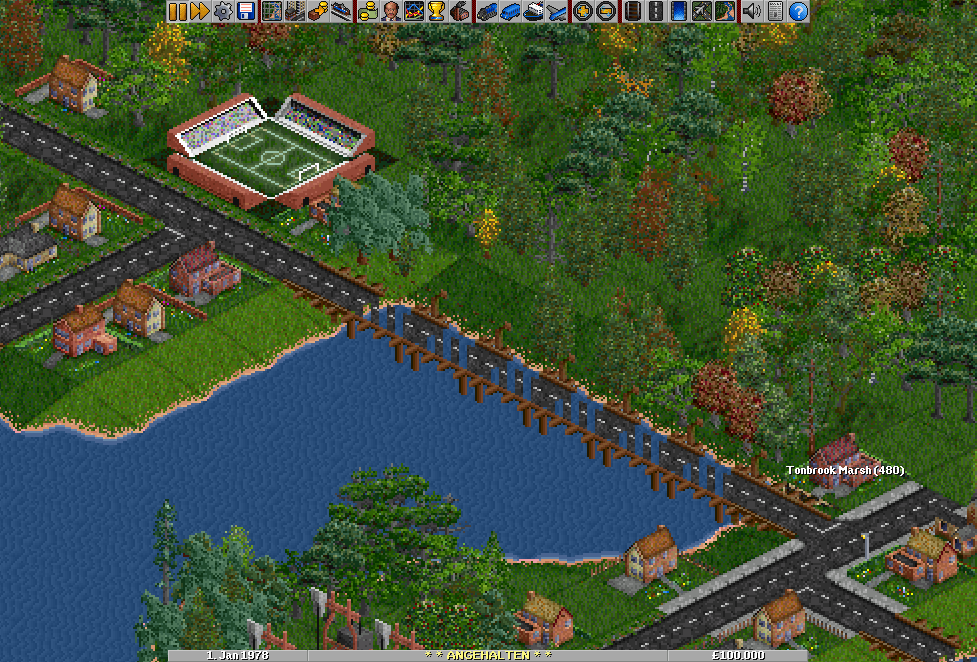 Heh. There's always something, isn't there? Thanks for the heads up, I'll get a fixed version uploaded as soon as I can. Glad you like it otherwise.

EDIT: Here we go. I've replaced the wooden bridges as a temporary fix and corrected the one-way route.

New version with PIPE and an extra road vehicle NewGRF (the Ikarus bus set) can now be found on bananas.
Top
Post Reply
6 posts • Page 1 of 1