This is my first scenario for oTTD and i hope i've managed. The scenario contains detailed map of Bulgaria with all of the major cities plus some resorts, small towns and villages. Industry is abundant and production is a feast. Only one major river has realistic trajectory - Danube. Another one is depicted as a joint product of what should be Maritza/Iskar/Tundzha.

All of the above are included under Online Content and then should be activated from NewGRF settings!
When u have all 3 you can save that as a new preset under the name 'Bulgaria' and reload the needed config every time. 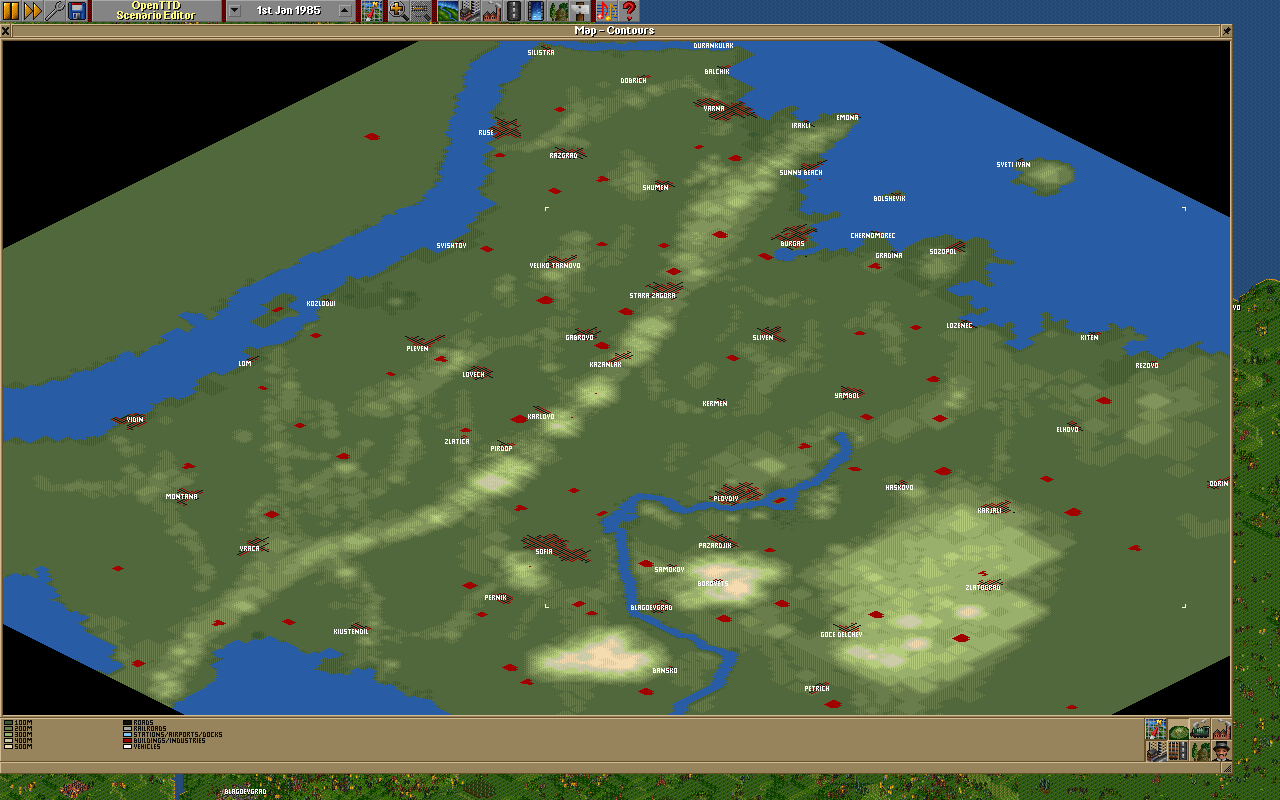 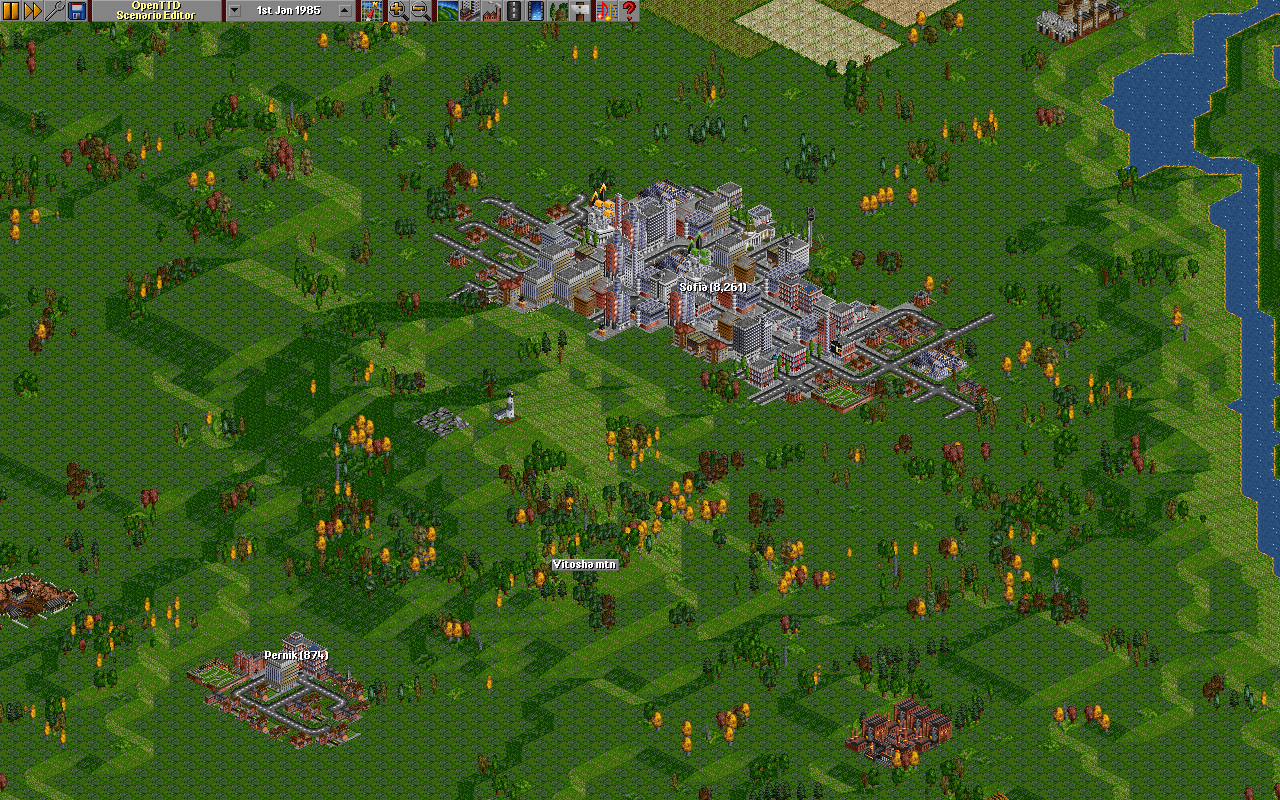 It seems confusing to me, I would prefer rotated 90 degrees clockwise map. Also, it doesn't look very accurate (northeast border for example).
Top

For first try is not very bad. But it's not really realistic. You should make the relief by levels. You get an atlas and see the mountains, basins and plains. The plains will be the lowest. Then at the higher places you raise the level of the relief with one level. And again with one level and so on. You make the whole map, not irregulary from place to place, because in this way, the scenario won't be proportional. For examle Sofia has to be on higher level then the cities near the Danube. Without atlas you won't be able to make the position of the cities right. The cities are not at the place where they need to be... And the Danube is like a big sea. Without atlas it's hard to make a good scenario.
KG Studios Cudar (latest news about RVR) - Romania in OTTD tt-forums topic - Romania in OTTD website - RomTrain Graphics
Creator of the Road Vehicles in Romania set

It might be OK for a first try, but it is definitely not realistic (the mountains particularly).

I have a scenario of Bulgaria on my old laptop, but the motherboard burned out and can't really get it off the HD.

I made it using a height map. There was a very good tutorial about making height maps, but I can't find it for some reason (again - it's bookmarked on my old laptop).

What I did was to make the height map and then use a relief map with the towns and cities on, to put them on the map. I basically look up a town on the relief map, then look for the same geographical features on the map window in the Scenario Editor. For Bulgaria it works fine, because of all the mountains. It's not the most accurate thing in the world, but I think it's quite sufficient for TTD.

I tried making rivers, but it failed miserably. For it to look nicely, you need the correct river beds. To do that you must create a very big map. To fill that map up with towns, industries and everything it will take too much time for me.

A note about the GRF's:
For the train set, use the CD Train Set, as most of the electric locomotives are Skodas. You can also use the Romanian Train set (for the locomotives class 46), but last I checked it was still in an early stage. The diesel class 07 can be found in the DB set (I think it was the DB 232).

And for the vehicles I would suggest the German Road Vehicle Set http://grfcrawler.tt-forums.net/details ... ails&id=77 as there you will find the Ikarus buses.
Top
Post Reply
4 posts • Page 1 of 1