Intro:
Hello! I have created a map based around a bottleneck. Initially the small gap will not be a problem, but once the towns start growing and your traffic gets heavier it can become quite a squeeze. If you don't like trying to rework your network to squeeze through a small gap, then you could build some long briges, or if you can afford it simply terraform your way across, but I think that defeats the fun of this map

Size:
The map itself is not very big, but gave me a good 50 years of game play before I had linked everything up and got it running smoothly (50 years of game time that is

Towns:
There are 2 cities at either end of the map, two large towns inbetween, and 4 smaller towns in the remaining spaces.

Industries:
There are quite a few industries, most similar raw industries are on the same half of the map, with processing industries placed at both ends of the map. This way you can choose whether to transport freight long distances, or short distances.

On the overview images attached I have circled some main areas of industry so you can see the general layout.

Terrain:
The top of the map is heavily populated with trees, and the bottom half is very mountainous. The map is divided down the middle by a couple wide lakes and rivers, leading down to the sea at the bottom. This allows for you to use ships for transport if you wish, since all the waters are joined up, and there are quite a few industries near the water.

GRFs:
Although I used stolen trees in the screenshot, this scenario doesn't actually require you to have any GRFs. When I played the scenario, I used the manual industries GRF so that industries wouldn't disappear before I'd built to them, since I carefully placed them all.

Finally...
I played through this scenario once myself to test it all, and found it satisfying because I ended up with everything linked together, whereas on larger maps I often get bored first! My train network was laid out so that the only place it passed through the middle of the map was through the bottleneck down at the bottom-middle. However I also used a lot of boats and road vehicles as well, so my network was not as congested as yours might be. 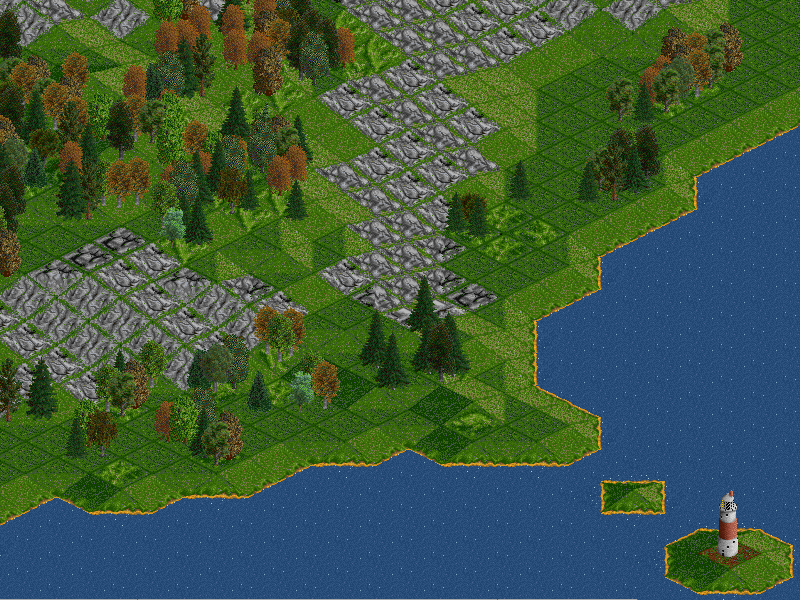 There is a thin strip of land between the mountain and sea, which just might be viable for a train track of some sort...
Scenario_1_closeup2.png (119.86 KiB) Viewed 2614 times

Scenario_1_overview_labelled.png
Overview of the map with various industries circled. I didn't circle the secondary industries and some raw industries that are on their own.
(430.18 KiB) Downloaded 138 times

Seems like a good scenario for people who like a challenge, although you could cheat, and just use one side of the islands.
Top

Should I use Entry Pre-signals and Exit-signals. Also should I place more signals along my tracks? I'm also doubting if 1 main line or 2 main lines is better in such a small network.

sorry, i am a bit of a newbie on the forum, not within OpenTTD though. I've spent some time on your scenario, and looks quite good to me now (after I forgot to turn off the AI competitors and fought with them for almost a century and finally bought all their shares).

In this stage, I am trying to optimize the network for high-speed trains while easing the cargo transport a bit. I still havent found a proper way how to prioritize ICE/TGV trains on the double track layout, but already have some observations.

I just thought you might want to see where the "rabbit hole" of your scenario might lead to, with now some 132 trains active in a network and 90+ mio annual profit in 2180. For all the others - feel free to use my save and/or suggest some optimisations for the track layout.

Technical info:
- NEWGRF used: total town replacement, 2cc train set, industrial stations renewal, total bridge renewal set
- DB Trains XL used for the beginning of the game, but switched off afterwards, so might show some mixed-up cargo wagons (which do not harm the cargo in any way). Anyway, I suggest to turn the "multiple newgrf engine support" in advanced settings/vehicle ON and keeping also this GRF active. 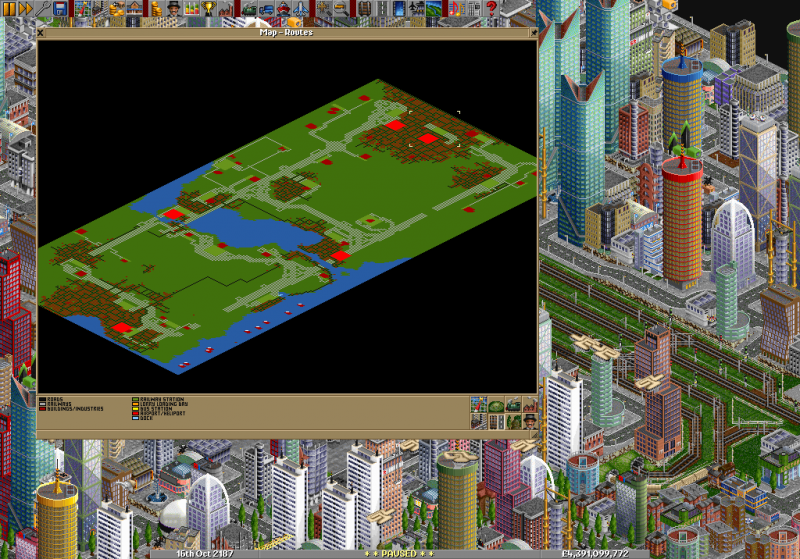 I think I like this scenario. Just starting on it tonight, will try to play it for the next few weeks and see how I go.
Do you like drones, quadcopters & flying toys? Check out Drone Strike Force!