This post was previously 'busy', but I'll have to start fresh.

RAF Leuchars, located near St Andrews, Scotland, is home to the 101st Air Squadron of the RAF. On September 13th, the annual British Airshow was held at the airbase. This was an extra special celebration this year, as we mark the 100th anniversary of flight, and the 60th of the Dambusters.
Opening the show was an eleven man parachute display by the RAF Falcons, an experienced parachute team, jumping from the rear cargo door of a C130 Hercules. This was followed by the battle of Britain memorial flight, consisting of a Lancaster bomber, 1 of only 3 airworthy models, a spitfire a hurricane and a DC-3 Dakota (Paratrooper). As they flew overhead, the red arrows arrived, performing their trademark barrel roll split landing. Next airforces from Britain, Spain, France, Belgium, Germany and America showed off their latest and greatest fighters, bombers and support aircraft. This rip-roaring display was VERY noisy, but not as noisy as the harrier display that followed. Two sea harriers showed what they could do, taking off within 200 meters, hovering on the spot, even flying backwards.

Now it was the turn of the red arrows. Their famous display went down a treat, aircraft barely missing each other as they pulled off rolls, loops and splits in an amazing show. Perhaps the only better display was by the French team, the Patrouille be France. Because of improved visibility by the time the French team took off, they had the benifit of a HIGH-ALTITUDE display, with diving twists, cross heart loops, death-defying rolls... Flying at only 100 meters at times, the Patrouille de France gave the red arrows a run for their money.

They day wound down with some air defense manouvers performed by the resident 101st squadron's Tornadoes.

The static displays allowed people to get close to some very powerful machines. These included the F14, F15, F16 and F18, several Tornadoes from Germany, Belgium and Britain, the Merlin and sea king helicopters, B-52 bomber, ANT-43 cargo plane, AWAC, and lots more...
Here are some pictures:

Alright, Eurofighter typhoon is supposedly the counter of the Raptor, but it seems not. The F-22 Raptor is great but much to expensive. The navy might wanna use it, but the air force and marines wont since it has two engines and high fuel consumption. The other planes in that list aren't really that great if you ask me except the new X-35. THat s*** is awesome. I'm not really sure, but i think the 65 was the lockheed one right? The boeing one just sucks but the lockheed one is cool. Lockheed has made many great aircraft and this is just great. It's supposed to be the last manned fighter to be made. Anyhow, the marines, air force, and navy will all love this. It almost as great as the raptor, and it's cheaper too. However it has one engine, so the navy will be afraid of using it out in the water. Anyhow, it has the new fan thingy in the center(i don't remember what it was called) that's not used on any other fighter and it can use that. But that partially works on the engine or something. I raelly don't know but it's still awesome.
Top

I'd say that F-16 take-off looks the best. Anyway, I don't really see the difference between two aircrafts like MiG-29 and F-16 if you don't put them next to each other. (I'm not keen on the topic...

The eurofighter typhoon is a european co-operaton between Germany, Italy, Spain and Britain. The current project is to develop a defense fighter jet, although two future models are also being disscussed- a stealth version and a tactical fighter/bomber version. Its key advantage is its extreme manouverability without the chance of damaging the aircraft, either by stress, or collision. The on-board computer stops the aircraft from going into such manouvers, and if the pilot blacks out under extreme G-force, the computer takes control and levels flight. If the aircraft manages to get damaged, the computer can even automatically eject the pilot! The second key advantage is the shoot-by-sight helmet. That is, if an enemy aircraft is beside your aircraft, the simply turn your head and the built-in hud allows a perfect lock-on. Originally, you had to get an enemy relatively close to your hud display before getting a lock-on.
Top

The Saab is a good fighter for countries with a small budget for defense. But the JSF is the best one, closely followed by the Eurofighter.
Top

yes, the saab is very good value for money. It and the rafale are to similar build sprecifications to the eurofighter, at almost half the cost. All three aircraft have canards (front mounted ailerons).

Also, the F-22 is TWICE the cost of the Eurofighter, making it nearly FOUR TIMES as expensive as the grippen! And the F-22 doesn't even have air-surface capabilities.
Top

Hungary has bought a few Grippens last year and this year from Sweden. But there were huge quarrels in Parliament before and after buying them...'Twas like: "it's not NATO-comform!" "Yes, it is!" "Then, it is expensive!" "No, it isn't!" &c...
Indivisibiliter ac inseparabiliter
Top

there's A LOT of arguement nowadays about buying new, expensive military equipment when there is already working, older equipment in use. I think there should be some way of reducing costs, say by trading in old jets (which could be used as scrap metal).
Top

Wasting federal money in military equipment is crap. The money should be used in more important things, like health, education, etc. And here in Brazil, even not wasting much money in military things, we have a kind of poor education & other basic things

for those of you who don't know what the above aircraft look like, here's some photos of them. 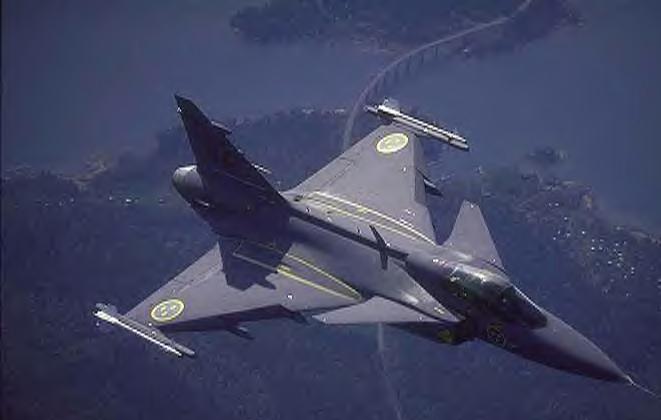 If I remember well, the money spent on weapons and stuff like that is at least 10 times more than the money spent or environmental protection and subsidies for 3rd world countries...That's bad!
Indivisibiliter ac inseparabiliter
Top

in Britain, we've managed to spend millions of reserve funds for the war in Iraq. No doubt the taxes are on the way up...
Top

Britain spent 3 billion pounds, as I read it today...We didn't, yet our taxes are going up as well...

Well I don't give a damn what money is being spent. I just want my Commanche and X-35 when i buy my new house.

From what I hear the Raptor is the most maneuvarable and can attack from any angle. And I never knew it had a vectoring rear nozzle either. I know for sure the X-35 has a vectoring nozzle though.
Top

actually, no, the raptor's design means it can't turn as quickly as the nimble little grippen, rafale and eurofighter, and certainly can't perform like the JSF. Its rear verctoring nozzle doesn't allow it to hover and turn on the sport, or VTOL, but it stops it from stalling, meaning it can 'hang' in the air for a short while, before diving off in any direction. And its attack is limited to its hud only.
Top

I think it is appropriate to mention concorde retired today. A supersonic era has come to an end. I'd also like to point out that concorde flew over my house twice, and she's beautiful to watch.
Top

...if not slightly noisy! I remember it flying over my house ages ago. Looks good I have to admit.
Was hearing on the radio that the world's longest putt took place onboard. A man manged to putt from one end of the aisle to the other....while Concorde was flying at twice the speed of sound. It worked out to be roughly 3 miles!

Quantum Mechanics: The dreams stuff is made of.
Top

I just hope one concorde is given to East Fortune Aircraft Museum, it was one of the locations used for the early British test flights, no less.
Top
Post Reply
23 posts