This set contains Czechoslovak, Czech as well as Slovak electric units. The first unit being manufactured was ČSD 451 in years 1964-1968 (original name EM475.1). It was further followed by the series of similar unit ČSD 452 in years 1972-1973 (EM475.2). Nowadays, both are used on the Prague suburban tracks and in northern Bohemia as well.
Next to follow were electric units ČSD 560 (SM488.0) that started to be made in early 70s of the 20th century. The units ČSD 460 (EM488.0) were as good as the same and were manufactured in the second half of the 70s. The type 560 operates in the outskirts of Brno and Trnava these days. The 460s are running in northern Bohemia, northern Moravia and near Košice.
The series 680 is especially known for its problems when it began to operate. This unit is provided with tilting mechanism which enables the train to go faster through curves. No wonder it´s been the first high-speed train in the Czech republic. It runs as SC Pendolino on trails from Prague to Ostrava, Vienna and Bratislava.
All wagons were created by converting a little modified MSTS models. The coats of units CD680, CD451M/CD051M, CD460M/CD560M/CD063M/CD060M are original, other skins, in which these trains operated, were made by me according to historic photographies.

In the version 2.0, all original models have been enlarged and new sounds and units (prototype units EM487.0 and 470) have been added. Pendolino ČD 680 has been remade into reality (new carriages, modified windows, correct position of panthographs). Older units were given new, yet missing liveries.

In this update of the version 3.0 set one can find a new model of 471 of the first series, a new model of City Elefant, and multisystem versions of 671 made for ZSSK, as well as modified models of 470 (in price and date of termination), a prototype of 560 (in name) and of 680 Pendolino (in price and graphic). 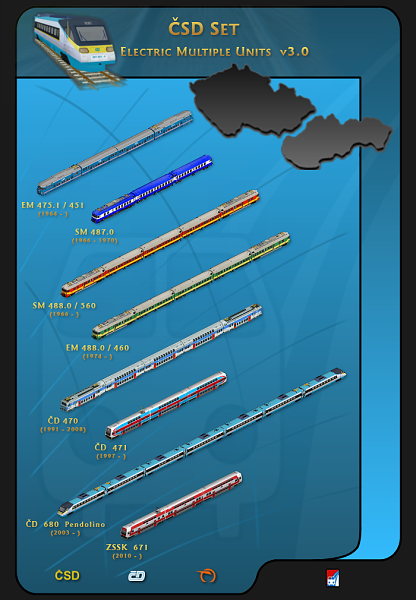 Power carriages started to come up at Czechoslovakia before WWII and still represent one of the most important and most numerous part of ED as well as ZSSK. The line M152.0/810 is even the most numerous line in the whole history of czech (and slovak) railway carriages. Although age of some carriages approaches 50 years, they are still seen in service. The main reason for this is lack of finance for rolling-stock update,but their long service-life due to quality production plays big role, too.

Individual carriages (power, passenger, driving cars) were made from MSTS models. Model 840 departed Strongbow's workshop. Model 812 was created graphical corrections of original 814 model. Graphically corrected original textures were used for most skins, other skins were newly created according
to expert advice of iceera750. There is more information about individual types in the summary, again made by iceer750. 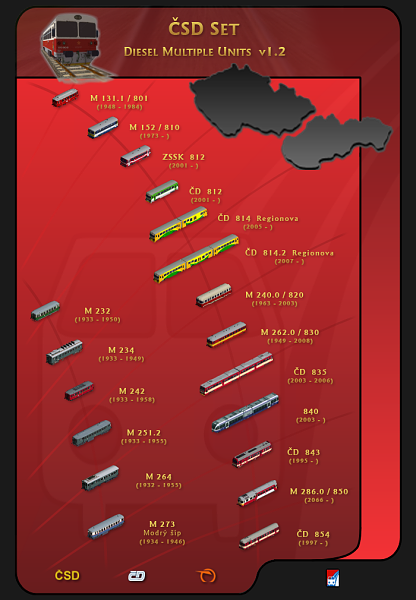 The first series of electric locomotives in CSD, CD and ZSSK colours for Locomotion involves several of the most represented vehicles to be running on Czech and Slovak tracks. The locomotives of similar 162, 163, 263, 362, 363, 371 and 372 sets were created in possibly all coatings ever used. Less numerous 150, 151 and 350 sets are essential, too.

The first version of this set is supplemented by a prototype locomotive of the 169 set whose production was unfortunately not taken further on, and by a brand new Skoda locomotive of the 380 (109E) set that ought to be put to operation in 2009. 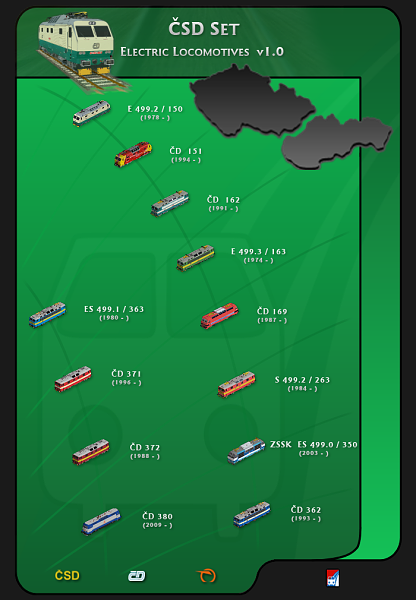 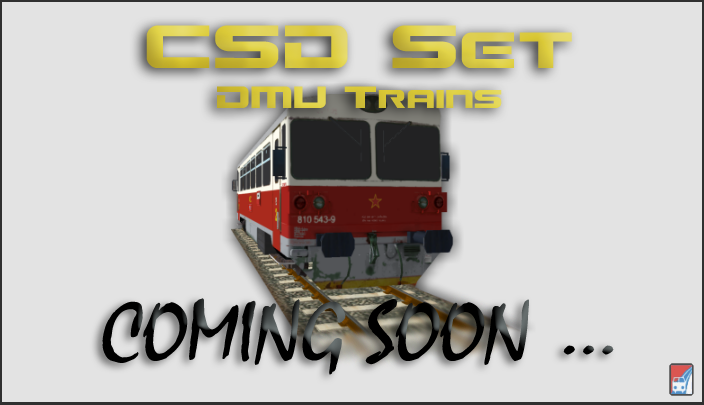 that actually doesn't look too shabby. quite alright, even.
"Your mother was a lobster, and your father... was also a lobster" -- The rascal formerly known as astath -- Last.fm -- Official TT-Dave Worley Fan Club

I'm impressed... I think I might have a czech game soon

Andel
Quis custodiet ipsos custodes?
DISCLAIMER: The views expressed in this post are not necessarily those of Andel, who will do and say almost anything to get the attention he craves.
[/size]
Top

andel wrote:I'm impressed... I think I might have a czech game soon 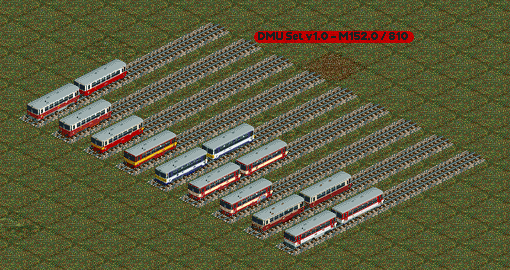 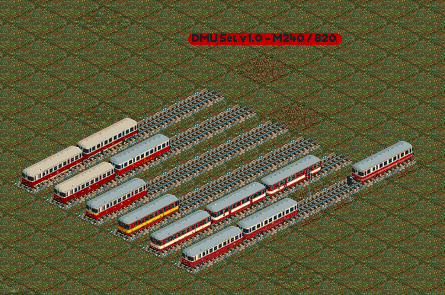 Hodkowicz I would like to know how you are converting the sc3000 images to lomo (sory for the off topic) Set looks good
Melbourne emu pack /\Night mode for Locomotion/\SUPER SHIPS pack/
EvangelionProject ReTake
Proudly serving Australia.

I'm Back after my long time off, I have now worked Google sketchup to assist me with mod creation so look forward to brand new professional looking mods
Top

Thanks...
You probably mean the buildings...It is not my work, actually I've downloaded them from Russian forum... 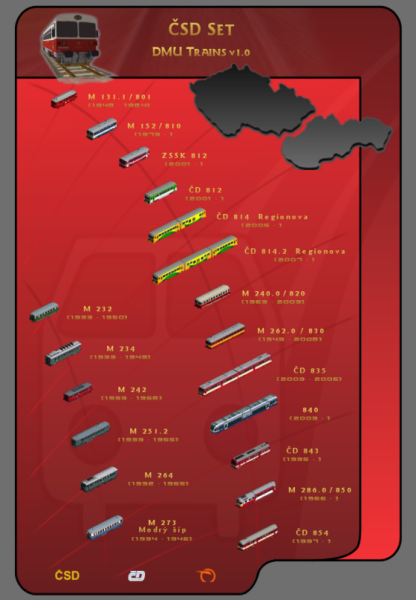 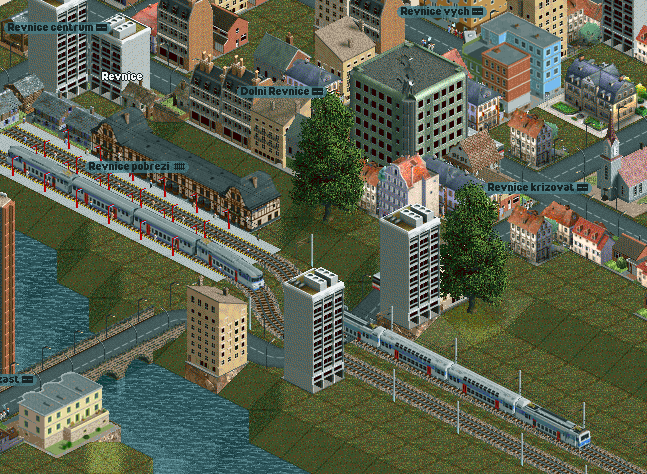 Finally, a complete reconstruction of ČD 680 Pendolino step by step from the old version to the new version.

Andel
Quis custodiet ipsos custodes?
DISCLAIMER: The views expressed in this post are not necessarily those of Andel, who will do and say almost anything to get the attention he craves.
[/size]
Top 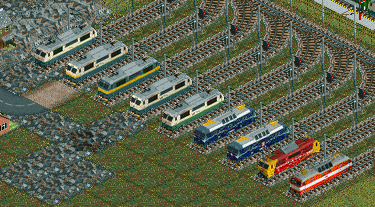 OK, it's time to publish new unit from Czech (Slovak) EMU set... Please, read the first post for information about it. You can download it from http://www.locomods.eu as usual...

If you like our work, please support us. We're running Locomods.EU for almost a year now and we'll be paying 680CZK (cca. 26EUR) for the next year of hosting. We do the mods and the website for you and if you think you're getting enjoyment out of our work, a Euro or two will help us pay for the website and we won't have to pay for our hobby. Thank you. 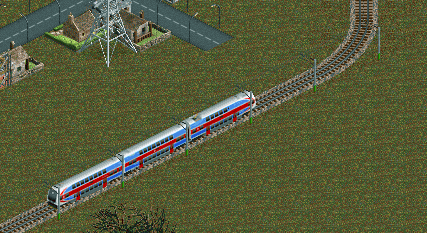 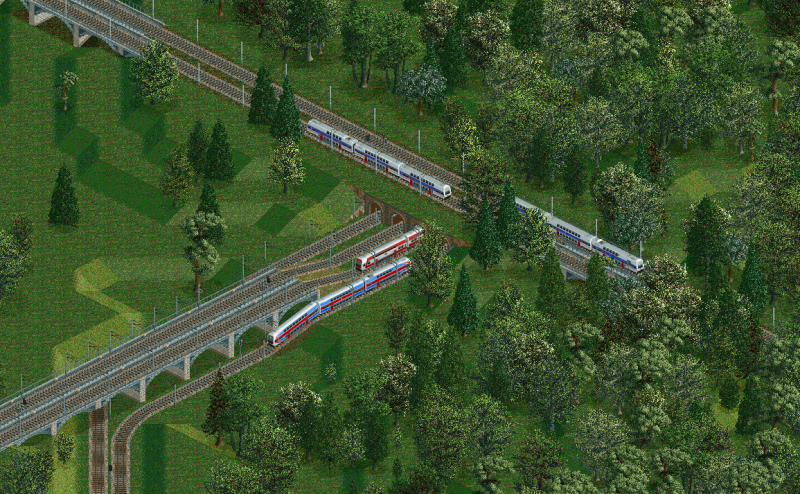