A 3D game in the spirit of Transport Tycoon. Click here for the web site.
Post Reply
4 posts • Page 1 of 1

I'm planing to implement the bridge UI/GUI in the near future. The engine currently supports...
well, everything. The Problem is how it will look graphicaly and how to make a userinterface.

starting bridges is possible on a plane surface or on straight hills.

you can build a pillar on every tile that is not occupied by a straight track/road or a building.
(Of cause that includes underwater tiles. Just far more expensive to build pillars there)

normal tracks on pillars need to have a pillar every tile. You can span a bridge from a list like in
TT as soon as you are in the "air" that can go over a lot of tiles without needing a pillar.
Switches on pillars (meaning in the air, on bridges) are possible on every level from normal bridges parts
not from the bridge-parts from the list menue.
In the first implementation there will be no diagonal bridges going over more then one tile.

Possible to have raising tracks on pillars.

You can build as many tracks on one tile over each other as you like. you can place more then one track
on different hightlevels on one pillar.

Diagonal tracks will be supportet by pillars in the middle of the tile with some sort of
branch on the level of the diagonal track. That might look ugly but its the best idea I have ATM.

Signals on bridges will be possible on the one tile bridges... there would be no tecnical problem
placing signals on the longer bridges but the problem is how it will look.
http://www.ph2.net/zugspiel
Top

heres some concept"art"...
please notice that I'm using the word "art" in its widest sense 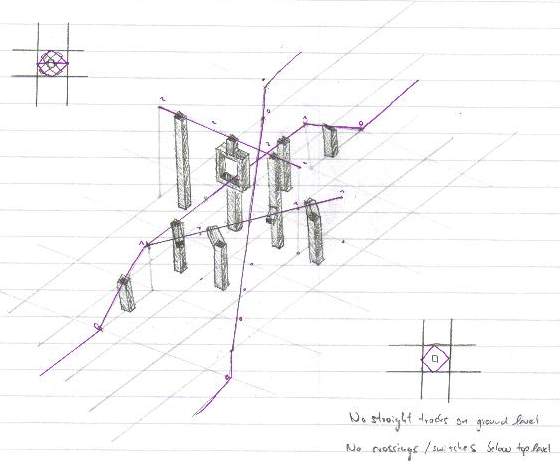