Reliability - how does it affect breakdowns? Test

Reliability - how does it affect breakdowns? Test

Recently, in one of the themes, Simons Mith wrote:

I was curious about what it really looks like and decided to do a little test...

General remarks:
Reliability in OTTD is random, it will be completely different for each vehicles, each time you create a new game. The maximum reliability for vehicles is 100%, the minimum is 75%. Reliability degrades over time when a vehicle is not serviced. It also lowers when parked in the depot, but when the vehicle drives out, maximum reliability is restored. When the vehicle is old, the maximum reliability decreases. To make it not too simple, the NewGRF authors can modify the rate of decline in reliability, then a vehicle with a higher randomly selected reliability value may actually be much more unreliable than the one with a lower value. I hope that none of the authors came up with the idea to use this mechanism...
I don't know the technical details of how it all works, but I decided to check how it looks in practice.

Comments:
*Once in more than 200 cases, the train broke down right after leaving the station, after driving less than 1 tile. Once during a game, a train with a reliability of 84% broke down during leaving the depot after service.
Generally, it is clearly see that reliability is of big importance in the case of normal breakdowns. Where the first 100% reliable trains were just starting to break down, the 75% ones sometimes had 3 failures behind them.

Comments:
The results for both locomotives turned out to be almost identical. Only 6 out of more than 100 trains with 100% reliability traveled a greater distance than those with the 75% parameter. Two of them covered almost the entire route without breakdowns (938 and 956 tiles), but it had almost no effect on the average distance covered without failures.

Comments:
Initially, I planned tests at this distance for both reduced and normal breakdowns, but the first results of the "normal" - more than 150 failures showed that it didn't make sense.

[+] Spoiler
This map shows where the first failure occurred. The route starts in the upper right corner. 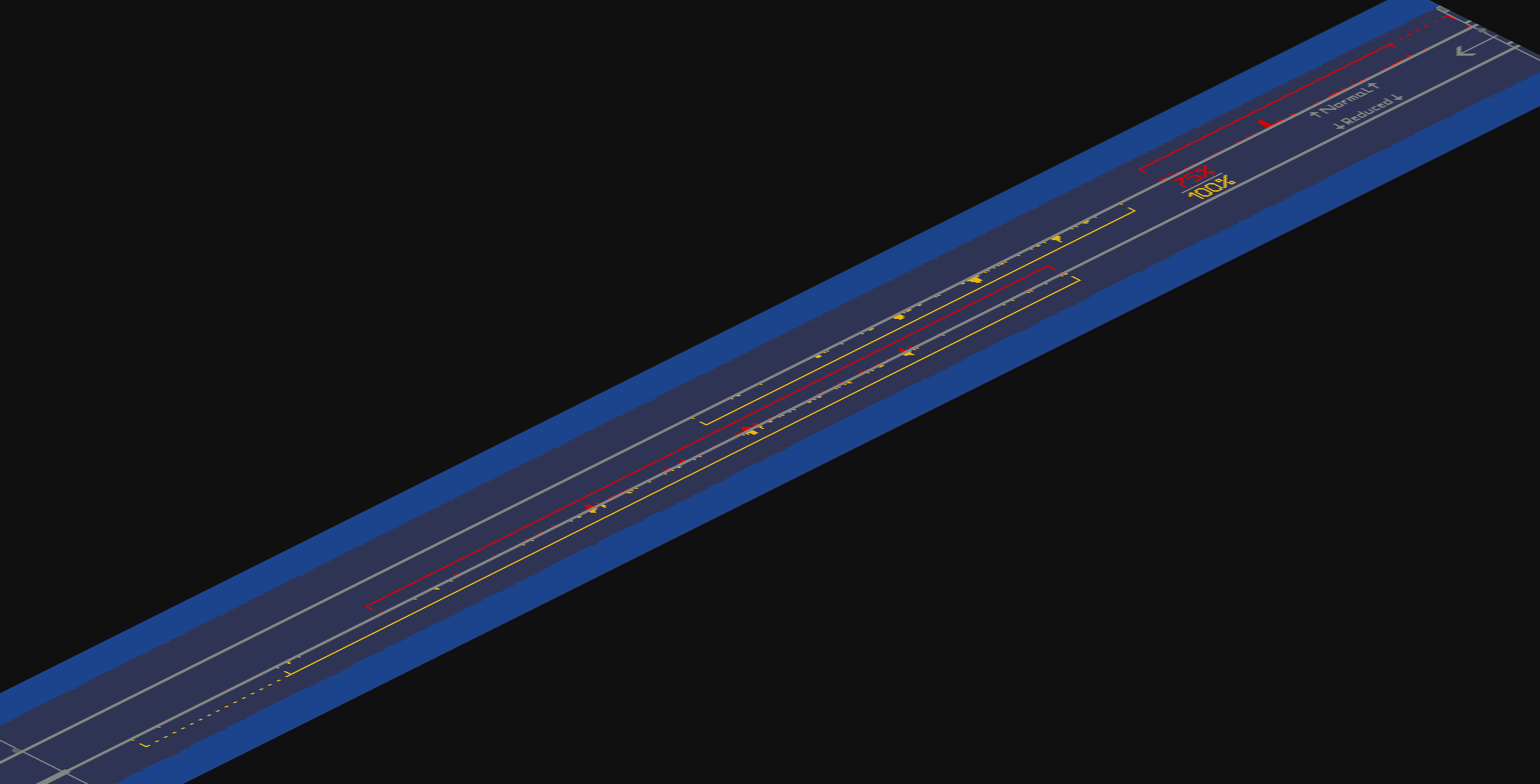 Conclusions:
A. Reliability is of great importance for normal breakdows
B. For reduced breakdowns copy-paste what Simons Mith wrote: "Reliability - of little consequence as long as it's not terrible."
C. There may be a bug in the code as vehicles with different reliability parameters should not give the same results.

If you want to check it out for yourself...

Re: Reliability - how does it affect breakdowns? Test

Regardless of what breakdown setting you use, the breakdown percentage has only a vague bearing on the actual vehicle reliability you get. With reduced breakdowns, e.g. a ship with 20% reliability and a ship with 100% reliability are equally reliable. [Except for reliability decay, which will drop the 20% ship down to 19% at which point its breakdown rate will start to go up.]

That's my core gripe with breakdown %s. The number's a red herring. Why is that % symbol still present, even? I don't know whether the breakdown code has been touched in the meantime, but I still never trust the % indicator. Could we at least just call it just a 'vehicle reliability score' instead and ditch the %? That would be a bit less misleading.
Top
Post Reply
2 posts • Page 1 of 1