by odalman
Building infrastructure can cause some damage to the landscape and towns. A transport company may want to fix things afterwards by repairing a river and building some new roads for a town. The only way to repair a river is to turn a tile into a canal. Unfortunately the company must pay maintenance for canals as well as roads. Therefore it should be possible to abandon those without destroying them. It should be allowed to convert a canal tile to a river tile if it makes geograpic sense. A simple check could be if it connects two rivers that are not otherwise connected. It should also be possible to donate a piece of road to a town. A simple check would be that it is connected to one of the 13 seed tiles and does not have a parallel road next to it. 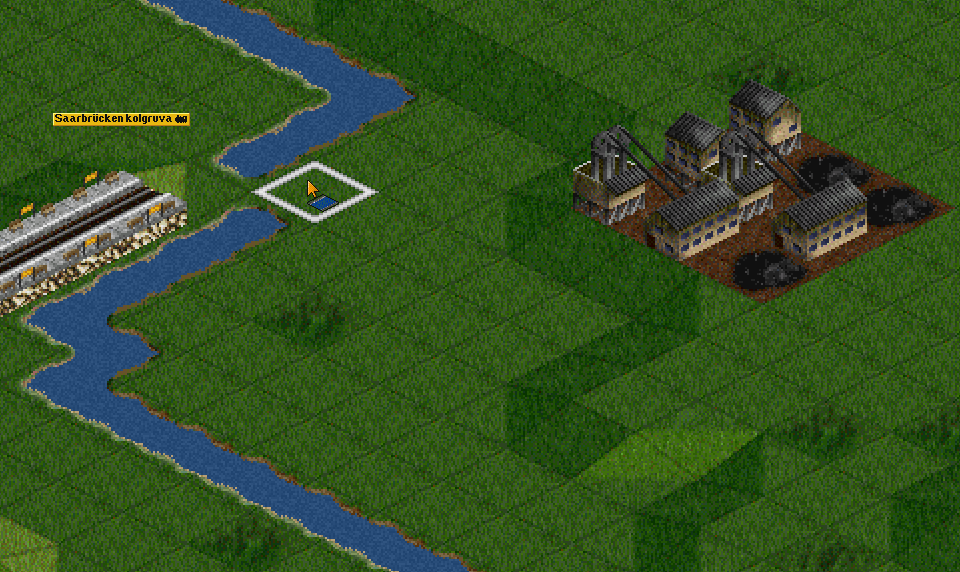 By the way, river halftiles would be great.

by mak
I play JGR patch so this may not apply to your game,
Go to Settings--Limitations and select 'Enable building rivers' only availale in new games not saves.

by odisseus
In most situations, the maintenance costs for roads and canals are barely noticeable, so the company would have no real motivation to abandon its own infrastructure.

If the maintenance costs are significant, purposely abandoning infrastructure would become a dirty trick to avoid paying those costs.

I think it should work the other way around: unowned infrastructure left by bankrupt companies should deteriorate over time. It should even be possible to implement with the road types that are going to appear in the next version of the game (and in GRFs): the road types for each abandoned tile would slowly change from better to worse until it becomes the most basic unpaved road. I have no idea how to implement deterioration of canals, or even what id should look like.

In the real world, canals which are not regularly drained and dredged eventually fill up and become useless. They'd probably turn to swamp first, then gradually turn back into ordinary grassland.

by odalman
Except in cases like in the screenshot, where it can be assumed that the flow keeps the water open.

I would prefer that players could not just block a river by filling it but had to designate a new way for the water. This could be called for example applying to the wather authority in the game. This water authority would be implemented as some simple geographic check like described earlier.
All times are UTC
Page 1 of 1
Powered by phpBB © 2000-2020 phpBB Limited