Work in progress. Only one angle drawn for these trucks. False colour used for mockups. 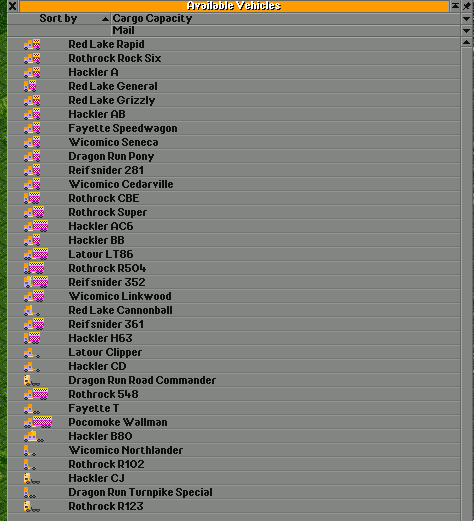 Those twin axles in front....never seen them in nosey trucks irl...also in coes there should be room for driver's door. Otherwise very nice looking set, looking forward to it.

I LOVE YOU ANDYTHENORTH.
Last known as: Weirdy
Top 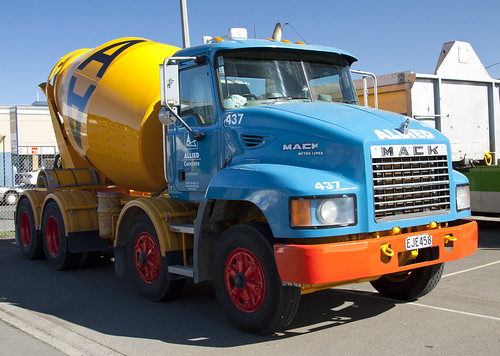 Otherwise, very nice selection of trucks!! Will there be more variation between models in the future?
--Stuff I made (or helped make)--

Nice work andy, I super can't wait until this set is released or at least at a playable state. For now I'll just keep watching you work

Emperor Jake wrote:Will there be more variation between models in the future?

BANDIT trucks and trailers are made up of modular sections
- sections are 4px long in the - view
- once the basic sections are drawn, the truck can be tweaked to a more unique appearance
- the scale is 'small', DanMacK established it this way to fit better with train sets

If you've drawn for the game before and you want to try drawing trucks or trailers drop me a line. The set will appear much faster if I have help

i rather like the slightly smaller scale, that way it makes north american locomotives look a lot bigger compard to road vehicles

NekoMaster wrote:i rather like the slightly smaller scale, that way it makes north american locomotives look a lot bigger compard to road vehicles

Good - that was the intention

I was playing with the new nightly (or rather just being nosy) and I uncovered a 'core' bug. Not sure were to report it so I will start here and then move onto flyspray if needed.
Bug: While trying to sell one of the trucks (obviously malformed - trailer only - due to incomplete coding in the GRF) when I tried to left click it to grab it the cursor disappeared. There was no way to grab the vehicle. I understand this is due to the incompleteness of the grf, but it seems like OTTD should handle this better?
Top

when you grab a vehicle, the cursor takes the form of the head vehicle. If that's invisible, then you get an invisible cursor, obviously.

Thanks. Makes sense now that I consider it.
Top 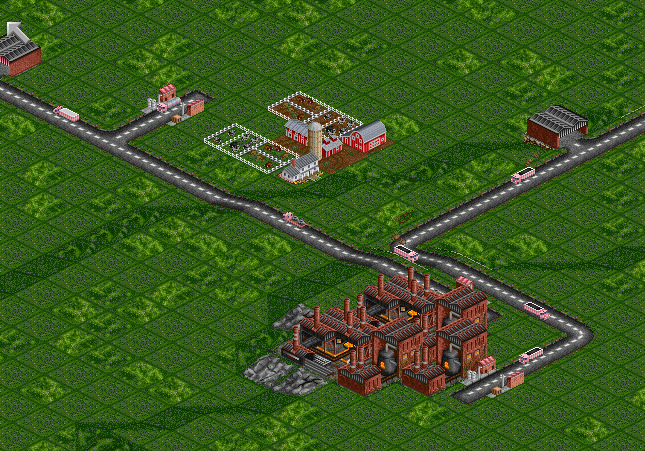 Looks nice! I'm waiting to see more of these trucks

Shouldn't the wheels have a lighter pixel to represent the hub/wheel's center? Now it cannot be seen, the wheel merge to the roads color.

If you run make or python main.py in src/pixel_generator , it should build the trailer graphics.
You may also need to create an 'output' directory in that location first.

Commit r446 (and some prior) add the pixel generator call to the main makefile, eliminating some of the steps above.

The pixa python module must still be installed, as per post above - this is a one-time step.

The set can then be built by calling 'make' in the usual way from project root dir. Build checks are not very accurate for BANDIT yet, so build may require 'make clean' first.

So the (misguided) aim was to be able to build everything from scratch, including graphics.

To get BANDIT to build from scratch requires a long chain of deps and scripts.
- main makefile calls python script to build and template bandit.nml (build_bandit.py)
- main makfile calls pixel generator makefile, which then creates certain dirs
- pixel generator is called by its makefile, and has to call nmlc -M on bandit.nml to get a deps file, which it then parses
- pngs are then generated in multiple passes
- finally main makefile builds grf from nml and pngs

This is stupid, and it doesn't work on the compile farm, and I don't understand yet what causes the issue.
http://bundles.openttdcoop.org/bandit/n ... ld.err.log

So I'm thinking: why does the pixel generator need to run at compile-time? Why don't I just run it locally when needed and commit the resulting pngs?

Currently I'm trying to edit makefiles I don't understand, to run on a compile farm that I don't control, to fix a makefile that works locally for me, but not on the compile farm.

Committing the pngs would be simple and robust.

One of the Murphy's laws: "If if doesn't work, read the manual. If it still refuses to work - get a bigger hammer!"
Leon

Truck, no rear wheels. Body wrong size. For use of. 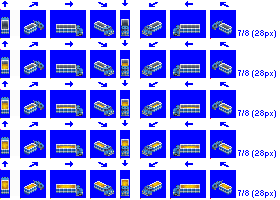 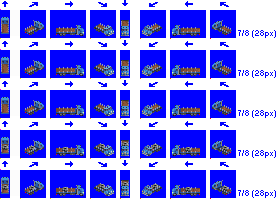