here i put my tests' results

Found errors:
* newbridges incompatible with newstations: when comes on the viewport the triangular bridge the game crashes to windows asking to send an error report to microsoft
* still appear catenary on bare land tiles of bare_tiles.grf
* glitches on Amtrak stations gui (not possible to select both stations, but both are buildable)
* newstations: the name of some tiles doesn't become white when selected on the gui (on basic platforms set)
* predefined station button on "Station building (small)" set, as last item of the list, not selectable
* if you close the toolbar when building a station and reopen it to build a station, the tile list is empty, you have to re-select the station on the list
* newstations: graphical glitch on coal unloader, 4*3 stations have one tile turned, but trains can pass trought

Generic infos
* climatic sets doesn't affect other climates (example, dbset do not affect toyland trains)
* all grf i've tested are tested individually, test them in all combinations will take a lot of time
Last edited by Wolf01 on 03 Jun 2006 15:51, edited 24 times in total.

put in this topic all sets you want to test, so i verify if they are compatible with other sets

Wolf01 wrote:- dbsetw.grf
some problems with tropic and arctic climates and toyland, in temperate works well,
the gap beetwen the tender and the first wagon is too large
no monorail in 2000 (first monorail egine in 1998)

-> I experienced that the long distance coaches are not available, the coaches are always in their final color scheme (it is supposed to change every like 10 years or so...), and the "ICE-TD"-engine in already available in the 60's.

also, would there be a way to just use diffeerent sets parallely, so that you can buy the trains from all sets used?
Top

Wolf01 wrote:- dbsetw.grf
some problems with tropic and arctic climates and toyland, in temperate works well,
the gap beetwen the tender and the first wagon is too large
no monorail in 2000 (first monorail egine in 1998)

-> I experienced that the long distance coaches are not available, the coaches are always in their final color scheme (it is supposed to change every like 10 years or so...), and the "ICE-TD"-engine in already available in the 60's.

also, would there be a way to just use diffeerent sets parallely, so that you can buy the trains from all sets used?

i don't understand your "use parallel sets", if you mean build engines from temperate set then use them in dbset, this can't work because all sets overwrite all engines

no, I meant if in future times there will be several sets with different vehicles for the temperate climate, lets say a dutch set and a french set, then wouldn't it be good to be able to buy vehicles from Germany AND the netherlands AND France?

Well dbsetxlw seems to work in a way, I'm using 0.3.3. But I've had a closer look, all the graphics are totally mixed up, the tanker and the armored van both look like the post wagon, whereas the grain wagon looks like the original armored van. thats pretty weird but I can live with it. also, every engine has an absolutely strange time of appearance (as I said, the ICE-TD in the 60s, and so on)

I will try the normal dbsetw now
Top

yes, your idea would be cool, especially applied to multiplayer games, one player can use German set, one France set, one US set and so on, and you can view the other sets how they are, not with your sets graphics, but with the player own graphics sets, this make necessary a set download, when the game start all players share they sets
this also would be cool with share tracks patch, so you can sare your tracks with another company and so you can see different sets in the same tracks

I am trying to add ikarbusesw.grf to OpenTTD

but I cannot get it to work. Is it supported? If not, where can I download Long Buses that are supported? Sorry to ask such a dumb question, this is my first posting!
Top

No new rvs in OTTD yet, sorry
Alcohol is not the answer, it just makes you forget the question.
Top

I don't know if this topic is meant only for graphic sets, but I've just replaced a whole lot of my graphics and the new bridges aren't working correctly. I haven't done a real scientificly correct experiment, but perhaps some1 could just try the new bridges file on a clean setup and see if it works. Anyway here's a screenshot; the old sprite shows through at the backside of the new bridges:

Only Dead Fish Go With The Flow
Top

Why these graphics doesn't work

I can't get any of these new graphics to work on my OpenTTD.
Dunno why, but I've tried all of em.

Where do I have to put those .grf files to get them work?

graphics works just fine with ttdpatch/basic ttd, but not with OpenTTD.. I guess I'm doing something wrong here :<

Yeah, I added these lines to my .cfg ;

Looks like everything else is working except trucks.
Top

yAri, you are not doing anything wrong. NewGRF support is experimental and NOT FINISHED. So if it works, you are lucky, if it doesn't be patient

Toiletman: I think you didn't edit the sprites fully cause those are remains of some old bridges

TrueLight: "Did you bother to read any of the replies, or you just pressed 'Reply' and started typing?"
<@[R-Dk]FoRbiDDeN> "HELP, this litte arrow thing keeps following my mouse, and I can't make it go away."
Top

I've been doing some testing with r577 and this is what I found:

*Latest Planeset works well except for helicopters:
Eurocopter AS-332 Super Puma - Acts like a plane (won't land on heliport & no rotors)
Sikorsky S-61 - Name is wrong (Powernaught Helicopter) & acts like a plane.
There is another helicopter named "B" designed in 1997. I'm not sure what that is but it works fine.

*Dalestan's Zepplinsw.grf doesn't work at all, they are helicopters without rotors (I think). The error message:

Wow! Possiblity of having zeppelin! great! I hope it doesn't land on helipad

MeusH wrote:Wow! Possiblity of having zeppelin! great! I hope it doesn't land on helipad

actually thats not to far off the mark....the empire states building's upper floors and tower were originally concieved as a downtown airterminal for zepplins and such.........great idea but not practical....but the game is a game so......the possibilities are amusing 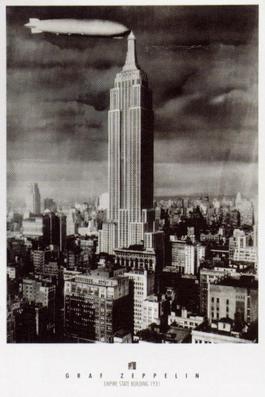 Zeppelins should cover place of 2 aircrafts on small airports (they will be not used in era of large airports, I think).
Top

Not quite. They are helicopters with invisible rotors. This is an important development distinction, but immaterial for gameplay.

That's because there are two sprites for the rotor. One stationary, and one for ALL moving views.
This could be fixed by using 4 rotor sprites, but that's a dodge that'll just hide the problem until later, as the officially valid numbers of sprites in each rotor set for TTDPatch are 4, 7, 10, 13, ... However, any number can be provided.

MeusH wrote:Wow! Possiblity of having zeppelin! great! I hope it doesn't land on helipad

actually thats not to far off the mark....the empire states building's upper floors and tower were originally concieved as a downtown airterminal for zepplins and such

Currently Zeppelins are capable of landing on heliports (not much you can do about that, within the confines of the patch), however, we intend to replace the heliport with a Zeppelin mooring mast during the Zeppelin years.

AIUI (BICBW, as it isn't quite working for the Chinook) each set should contain all sprites for one direction (stationary, then moving) (so 2 or 4, 7, 10, 13, ... sprites, in one, four, or eight sets/directions), and a Variational Action 02 is then used on variable 9F (vehicle struct byte 1F, which contains the current direction) to select the correct rotor set.

Fine Print:
This is still a rather alpha feature of the patch, and may change as time goes on; no guarantees are made as to the accuracy of this information now, nor at any point in the future.
To get a good answer, ask a Smart Question. Similarly, if you want a bug fixed, write a Useful Bug Report. No TTDPatch crashlog? Then follow directions.
Projects: NFORenum (download) | PlaneSet (Website) | grfcodec (download) | grfdebug.log parser
Top
Post Reply
163 posts

Users browsing this forum: No registered users and 16 guests