Heh, I too have been continuing work on snowy stuff. Dirt and Sett roads are done and I've got a decent start on the rest of them. 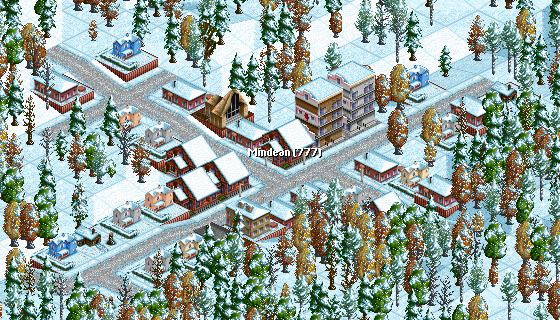 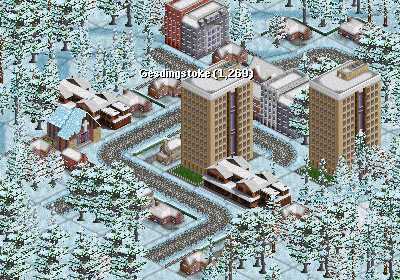 I also got distracted making some parking spaces for modern roads, but thought they looked too busy so decided against them:

I thought I would like it, but after seeing the result it just looks too busy. But let me know if you think different

Too busy?? Are you kidding? They look like the day after the radical left won an election and banned all vehicles!
Add some random cars.
Also ... NOT in Zone 4. That's the commercial core of the city where all parking is off-street.
Also ... NOT in Zone 3 ... unless you can keep the trees.
Zone 2 (and/or 1) would be the most logical.
Zone 0 is too rural.
wallyweb on tt-forums: Screenshots - Projects - Releases
wallyweb on Simuscape: Projects - Releases
Other Stuff: TTDPatch 2.6 "Nightly" download - cirdan's OpenTTD branch (New Map Features)
Screenshot Of The Month Contest Winner: August 2015 - Tied May 2016 - January 2018 - December 2018 - May 2019
Top

Adding cars just means all tiles will end up looking exactly the same...unless there's a way to randomize the graphics? (I don't know of any)

Zone 4 is where the streetlights are...and my parking spaces go around them...

Zone 3 is where the trees are...they are unavoidable, so no parking spaces...

Adding cars just means all tiles will end up looking exactly the same...unless there's a way to randomize the graphics? (I don't know of any)

My other suggestions were purely conceptual. I was was just trying to suggest ways to avoid flooding the town with parking spaces.
A consideration for zone 0 ... All tiles outside a town's zone limits are considered as zone 0 by the game even though they are unowned.
wallyweb on tt-forums: Screenshots - Projects - Releases
wallyweb on Simuscape: Projects - Releases
Other Stuff: TTDPatch 2.6 "Nightly" download - cirdan's OpenTTD branch (New Map Features)
Screenshot Of The Month Contest Winner: August 2015 - Tied May 2016 - January 2018 - December 2018 - May 2019
Top

Wow! This has come a hellava long way since I last checked in here. Great job guys!
Top

We like wide Freeways/Highways .. at the moment we only have fake extra lanes and vehicle do not use them.

I manage to turn this freeway. 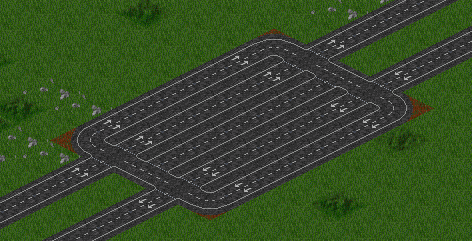 The buses can use all lanes. Just unfortunately the buses do not change lanes smoothly, I do a zigzag course to change lanes. But at least it still looks like a dual freeway or highway.

This where I up to with the roads. All the roads in AuzRattRoads are snow aware.

Much thanks and credit goes to Andrew360 for providing me with the coding and use of his sand roads also to Kruemelchen the maker of "Country Roads (NRT)" viewtopic.php?f=26&t=76017&start=60 for allowing us to use his snow sprites.

There is 2 different styles dirt/sand tracks, 2 dirt/sand roads and some bitumen/asphault roads.

It only has roads designed for those who drive on left side of road. Hope eventually have some right handed roads coded later.

Added a few more road signs and tweaked the fake lane changers. Got a few more ideas with these.

Anyway if like to try what been done so far here the newgrf file.

Have not made the Industrial Roads snow aware yet. It still same as previous issue in one of the previous posts.