And another update for WormAI fixing a few crashes and bugs and improving several things.

I find it interesting that one crossing made by your AI is using bridge and one is not. Is it by random or by the funds available? The road and rail pieces don't have built date, but stations do and it looks by the owner of roads/stations that the road was there first.

Other than that, or maybe thanks to that, your AI is in shared lead in the operating profit graph in my 14 AI test game. At year 1967 started from 1953.

I had to check the code since it's almost a year since I worked on this but it seems that it depends on the pathfinder costs whether it chooses to build a bridge or not.
Besides that since WormAI doesn't yet do road transport I guess it doesn't really matter too much what it chooses. Especially if it's competing against other AI's it might be a strategy to lower competitor's profits.

For normal users it might be annoying so maybe I should add a setting to disallow building tracks across roads.
Top

Wormnest wrote:Especially if it's competing against other AI's it might be a strategy to lower competitor's profits.

Maybe I care too much about ethics, but I file that under unfair competition to on purpose use rail/road crossings to block road traffic. It is very hard for other AIs to do anything about it if they didn't build the road themselves. If it is my AI that built the road, I can (and do) replace it with a bridge when there is a bus/truck crash event, but if there is a fellow road AI that built the road and does not care about upgrading it to a bridge, then it is not so much I can do about it.
My OpenTTD contributions (AIs, Game Scripts, patches, OpenTTD Auto Updater, and some sprites)
Junctioneer (a traffic intersection simulator)
Top

A new version of WormAI is available on bananas.
Only changes in aircraft handling this time. WormAI should now be better at handling the World Airliners Set and other NewGRF that have higher costs for large and longer range aircraft.


Too long to load error when loading a savegame

xarick wrote:Too long to load error when loading a savegame

Thanks for the report.
Assuming this is the save that caused the error. Do you also have a savegame from a little earlier that does load or at least mapsize and rough estimate about number of vehicles.
Top

Sorry, I don't have. I saved it for the night and to continue on the next day. It was a one time save
Formerly known as Samu
Top

WormAI doing a bad clean up job and creating some roller coaster rail routes. Savegame attached. The settings are borrowed from server 7 of btpro, they're probably influencing some of the weird misbehaviours. 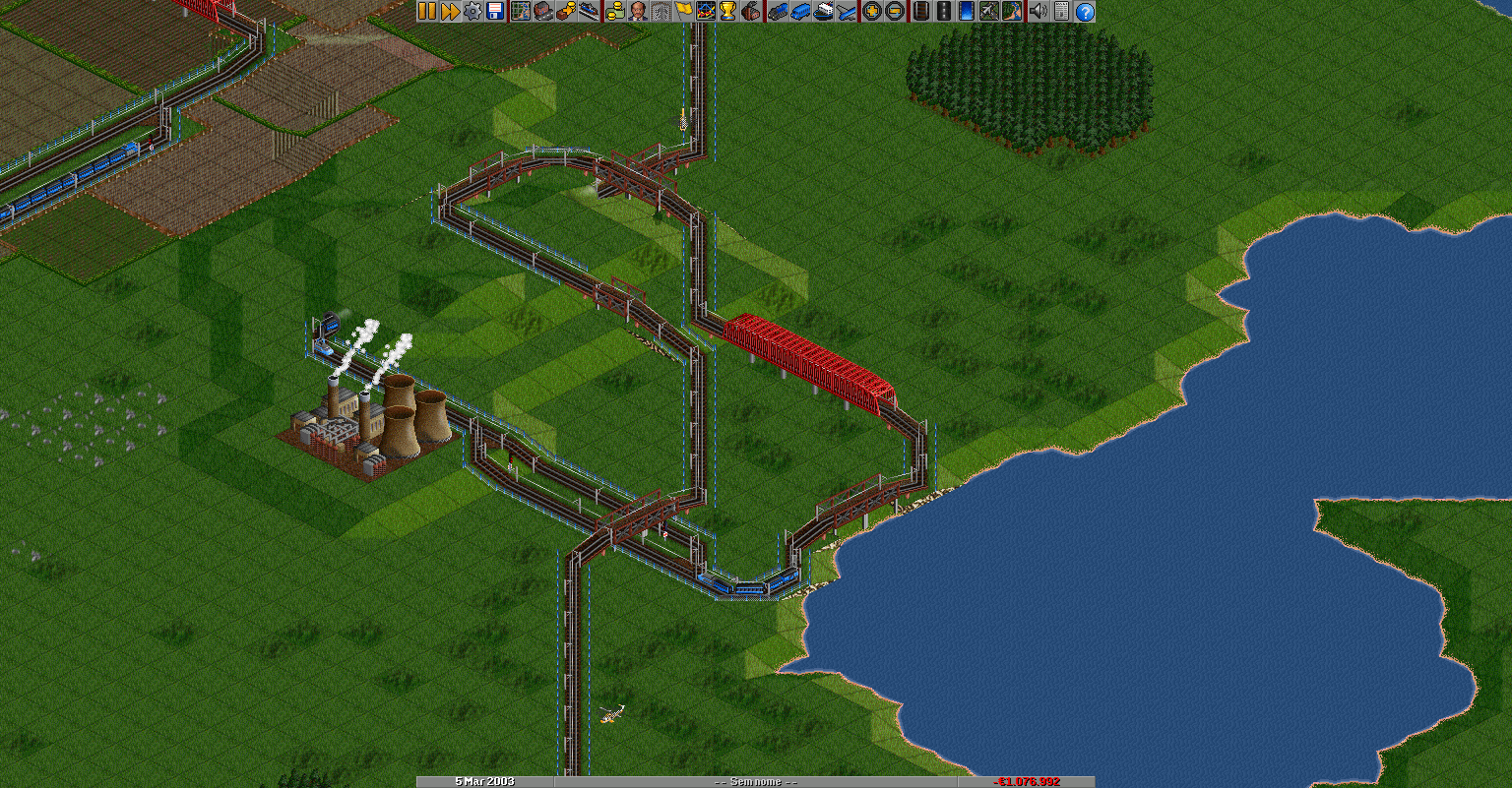 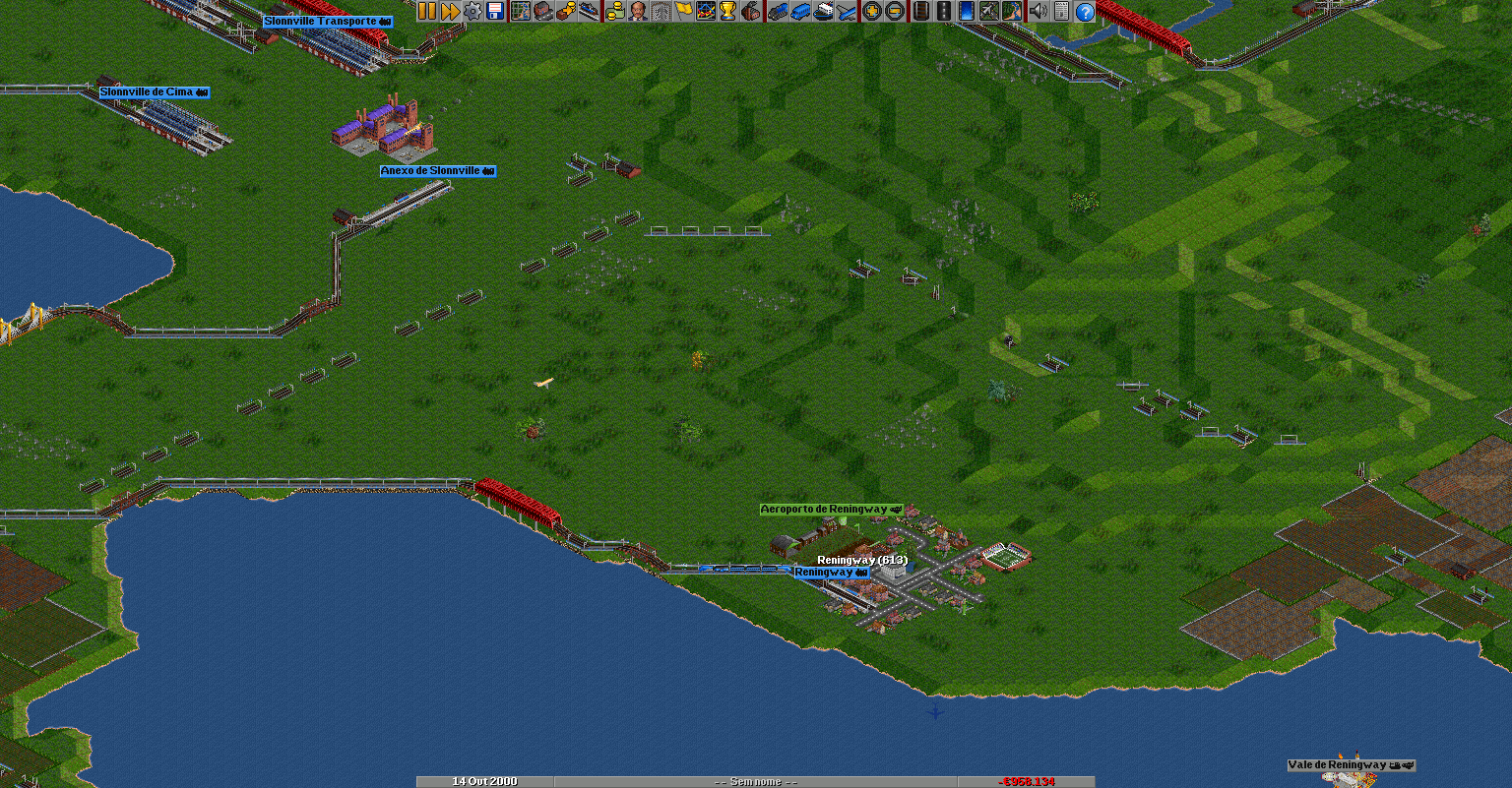 A new version of WormAI is available on bananas.

The rollercoaster lines were caused by a pathfinding bug in the rail pathfinder, now fixed. Not deleting tracks was most likely caused by running out of money. This should be less likely to happen now because of using RemoveRailTrack instead of DemolishTile where possible.