Well, makes no difference to me. Maybe we can "round up" the rest of the tiles, too - is it possible to use the arctic / jungle tile, somehow? There's groundtype_snow and groundtype_desert, but the others I think are just groundtype_normal and use the same sprite ID, which makes me suspect the answer is "no", but maybe there is a way?
Top

Pyoro wrote:Sucks.
The attachment grfs.png is no longer available
That's the full GRF list for that game in the original screenshot. Don't forget that some of those GRFs have parameters.

Whatever it is, it's definitely not Canadian

As a remote PS: on the topic: I haven't forgotten about my promise for trees. I simply got hit with a severe case of real-life. I suspect I'll get over it at some point though ^^; 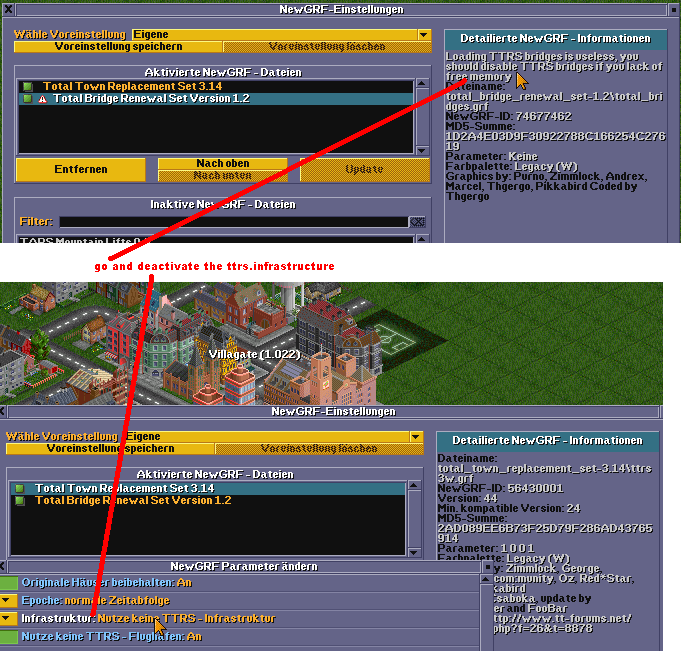 ttrsprobs.PNG
(78.89 KiB) Not downloaded yet

I just can't leave this alone, can I? I noticed a small consistency problem when using the GRF with Japanese landscape and dynamic snow (whatever precisely the feature is called). Basically, since the original TTD baseset only has a "snow" and no "snowy rocks" or anything you'd normally just place a snow tile, so there was no specific need to make rock tiles or anything snow-sensitive; it'd just end up being a boring snow tile anyway - might as well use the standard ground tiles. But if you use Japanese landscape (or a similar GRF I suppose) then you might want some rocks in summer, and them not sticking out in winter, so, of course, something had to be done.
This version (sort of) corrects that oversight.

There's no other changes, so it's really only of interest for this rather specific case.

Thanks for the continued updates Pyoro

Heh. Well, there's always something more to do ... which is usually the reason why I don't update the Bananas version, but looking back at my track record at then actually doing anything extra this time I updated the upload (the farm objects, too).

I'm nonetheless thinking about adding snowy-rocks, maybe like this. Not entirely sure whether I like them better fully covered in snow (but still sort-of visible below) or exposed like in that example. I'll have to mediate on that a bit more. ^^
Top

Like the idea of some rock showing .. otherwise if all white with snow never be able to see it .. be like trying to find a polar bear in a snow storm

Your empty.grf is one of my favourite NewGRFs. However, I notice with your update v10 (from v7) the forest tiles are no longer available. Is this right, please, or might I myself be doing something wrong?
Top

I unfortunately never got around to finishing that, but it's everything that was in EmptyGRF + a bit exta, I think. Maybe I'll get back to it, otherwise, the source is there, so anyone should feel free to add as objects as wanted

€: also, thanks for appreciating this little GRF

Anyway, this is a super-small update that changes how snow/desert transitions are handled a tiny bit (if you look at that screenshot up there it just replaced a rock tile with a "full" snow tile, now transition tiles matter, too), and keeps showing the type of "real" type of terrain in transparency mode, which is kinda useful when playing with a dynamic snowline. Also some small code improvements I think. Clean-up, basically (look how the source file is now 3 KiB smaller! Amazing ^^)

Hi Pyoro, thanks for the continued updates to these GRFs.

One quick request is to consider merging all four GRFs back into one (Empty, Forest, Farm, Parking); since you've split the GRFs up, i've reached the 59 GRF limit - and I'm sure I'm not alone.

If you've split them up for easier maintenance i can appreciate that; but if splitting simply to allow more control over selection of which graphics a user wants would this not better be served with a parameter?
E.g Parameter value of 1 is Just Empty Tiles, Parameter of 1+2 (Value of 3) is Empty + Forest Tiles, Parameter of 1+2+3+4 (Value of 10) is All three sets, with other mixtures set according to value; for example 1+3 (Value of 4) would give Empty + Farm Tiles and so on...

This would allow users to select the tile sets that they want but mean that everything is done using just one GRFID instead of four.

JacobD88 wrote:If you've split them up for easier maintenance i can appreciate that; but if splitting simply to allow more control over selection of which graphics a user wants would this not better be served with a parameter?

It's true that it's mostly to keep things simple. Even a does-nothing-much-at-all GRF like this one easily has a few hundred lines. I'll think about it, though. Again ^^;

If you want to do it yourself, all you need to do is stick to one grf { } block and otherwise just c&p the nml and language files into each other. and compile a GRF. It's really no large amount of work, shouldn't require any extra work or anything.
Top 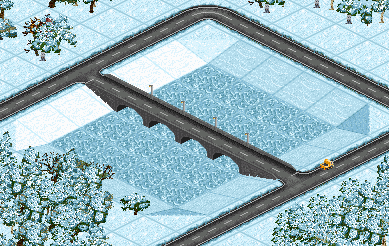 Nothing else to say about it. Well, it now contains 1 file of graphics so the empty-ness has become a lie, I guess ...