I have made a scenario of the east of Engalnd as it is where I happen to live. It starts in 1950, there are three computer players that start after 4 months and youu have to get to 90%. The only mod is the earthbridge.
http://wiki.locomotiondepot.net/index.p ... arthSlopes

4/9/05: I've made a new scenario, same map but the start year is now 1990. Since the map is mainly passenger services the new objective is to deliver 100,000 passengers. There are two seperate files, the first requires the BR set, which can be found in the graphics forum. Both maps require Pikkabird's Class 42 Warship.

hey, dude. nice scenario. especialy of the area where i live. but a few more towns and cities will be nice (i.e norwich, downham market, sutton etc.) and more industries just to make it a bit more full. but other than that it has a good looking landscape though. thumbs up.

Hey G-TANK-G where do ya live? i'm in colchester

i've seen it on your scenario and thought 'yeah, my home'

I commute daily on a train in this area. Have done so on and off for 25 years.

On the inside of the type 317 EMU service this evening I noticed a 'ONE' company route map. ('One' is the train operating company). Its route map was exactly the same as this scenario. Recreating that would be my objective..but alas an earth slope mod is one mod too many for me.
Regards
Top

sorry Severous, i can't get rid of the earth slope for some reason. anyway, what do think of the one colours? i think they couldn't decide on a colour and so just went for those hideous multicoloured stripes down the sides. 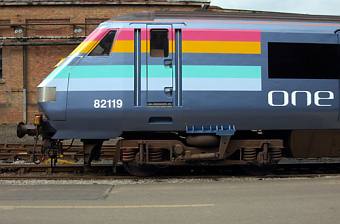 The only way to remove the Earth Slopes would be to edit your TRACKST.DAT back to the original version. It makes the train track need the earth slopes as a bridge.
Top

I quite like to see a train with those colours on my service. It means its been refurbished and is smarter internally and externally. Many of the services are still operating in the liveries of the the operating companies that existed before the creation of 'One'. I see 4 or 5 liveries each day.

That DVT unit in question is no longer with 'One' as it kept failing and was life expired pretty much. Hence why a DBSO was given the new colours in case it was needed for photographs on launch day.

As for the 'One' mkIII coaches (i mean 'One' liveried btw) i think only one remains of them too, who can tell where the others have gone?

The Virgin mkIII's are in a state equal to the Anglia MkII's.

The set that got the new livery in time for launch day and photographic propoganda was not re-painted, but given what can only be described as a very poor vinyl job, that one coach that remains now looks awful only a year after launch.

Class 86 units still see service long since they were meant to have gone, 'One' have 2 EWS class 90's on hire (one of hich is Penny Black). Both are far superior to 90001-90015 which are the ex-Virgin units. Class 87 is due to operate throughout September, at least this is newer than 86's i suppose, but i will miss the cans.

'One' class 315's are getting the 'refurb' also. This means basically they have new paint, new floor, and pink insides. Oh and new windows. The old NSE seating remains, it is a shambles.

Class 322's have at least 3 different seating patterns, tartan, FGE green/speckled, and some bus-looking colours. They are a total mess. One apparently is infested with insects. Though thats rumour only.

Class 321's i dont know when they will get work done as they only just went through refurb a couple of years back.

Class 317's are the only stock currently getting regular attention.

Finally the DVT's will only be here for a bit - the majority anyway. 'One' couldnt afford the loss of seats (thats 31/32 seats lost when a DBSO is removed), this being the reason why the majority of the time peak services have DBSO's. The DBSO's will hit the refurb programme in 2007 and get new cabs, and some serious work.
The DBSO is the future of 'One' and i am happy about that and that only.
Top

I quite like to see a train with those colours on my service. It means its been refurbished and is smarter internally and externally. Many of the services are still operating in the liveries of the the operating companies that existed before the creation of 'One'. I see 4 or 5 liveries each day.

yes, the refurbished trains are much better than ones that haven't been. but i still think those colours are awful, even though most trains haven't been refurbished. i agree that liverpool street is a very nice station. its good how they have kept most of the orignal features when the refurbished it. here is not particularly good picture i took from the bridge over the tracks.

What do you mean? There have been absolutely no refurbs if you discount this shoddy job on one unit of the 315 stock.
A repaint is a repaint, not a refurbishment.
Top

I took an 86-hauled Anglia train to Norwich in 1999... it broke down three times before we had to be transferred to another train. And sat across the table from me was the most obnoxious Essex slag who ever lived, but that's another story.

Liverpool Street is indeed great, I used to go to that Supercuts on the upper shopping level as a tube ride and their £7 cuts were actually cheaper than having it done in the place around the corner from me (which cost £18!). Plus, I got to look at the trains out the window as they butchered me.

"(Locomotion is) one of the best-playing games of its type." -Chris Sawyer

DJC wrote:the worst people i've been on a train with on that line were some chelsea fans coming back from a match (i support arsenal)

We think over on locoUK forum that you have the mod 'Warship' Class42 loco sound file included though.

Heres a link with pictures of the type 317 service which along with some type 315's forms the basis of the current commuter EMU services that run out of London through Harlow/Cambridge. Not though in your 1950 scenario of course.
http://www.railfaneurope.net/pix/gb/ele ... 7/pix.html
Regards
Top

Yeah, this isn't actually a completely non mods version. But you only need the Warship, which is a very good mod indeed. Around Colchester it is mainly class 321s. 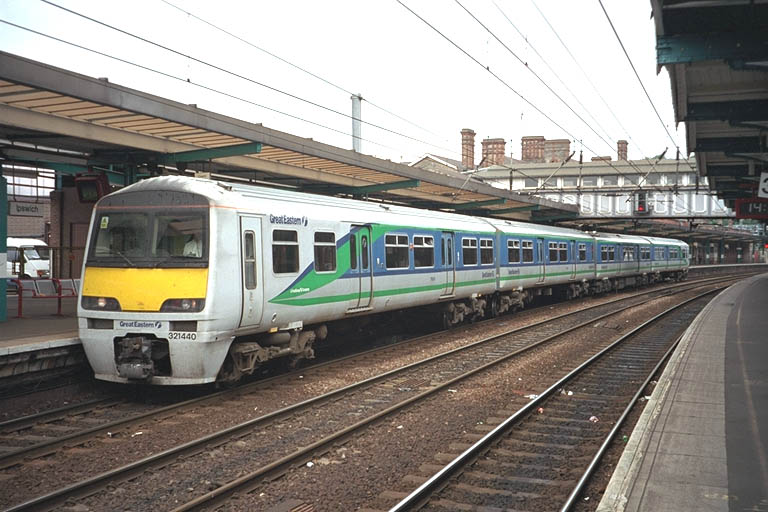 I completed this thismorning with:
1) A Circular one way passenger route: London>Harlow>Cambridge>Ely>Norwich>Ipswich>Colchester>Chelmsford>Brentwod>London.....
2) Coal to Norwich Power station
3) Oil to Lowestoft
4) Grain and Livestock to Colchester
5) Food and Goods between Lowestoft and Colchester
6) Grain from Cromer and Farmham to Ely
7) was in the process of adding Ely>Lowestoft and Colchester>Ely to the Lowestoft<>Colchester route to set up a long three legged Food/Goods route where long goods/foods trains would never travel empty.

Orders shown here are my current preferred setup for making trains select whatever platform is vacant. With no station named the trains will never wait for a full load despite the orders to that effect. With only 12ton per wagon I cant keep up at the moment so the trains are fully loaded anyway without waiting.