I'm sure we're all excited about the possibility of big maps but has anyone tried playing on a tiny map yet?

LOL i love the concept

tiny maps would mean you could have "mini" games.

i'd like to see tiny maps with no industries (cities would need to have their survival characteristics changed) so you can make commuter and mail networks.

it would be really fun. especially if there were no airports (except helicopters) and things like tunnels and bridges cost a fortune

I love it \o/
Looks like I'm not the only one who likes tiny networks and stuff like that
<+Raichase> ugh, I just ate some of my beard D:
Top

Oh dear, looks like I may have to start having a poke around OTTD again.

I havent done that since the first lot of Bigmap versions came out.
Former NewGRF Coder and Sprite Artist.

Wow, with tiny map you can even make very beautiful maps without getting bored because it's too much work because the map is too big

Well, I might make a tiny map too sometime,

What im really looking forward to, is a world map on 2048*2048, that would be kind of authentic. Is there a BMP to SCN tool that works with the new mapsizes yet?
[Jakal]
Top

a 2K map would be perfect for Europe or any other continent. I think doing it for the world would have the same problems as a Europe (continent) map for the current sizes. Things are 'out of scale'
TrueLight: "Did you bother to read any of the replies, or you just pressed 'Reply' and started typing?"
<@[R-Dk]FoRbiDDeN> "HELP, this litte arrow thing keeps following my mouse, and I can't make it go away."
Top

I just made a tiny map... I hope it looks nice and I hope it's challenging

Purno wrote:I just made a tiny map... I hope it looks nice and I hope it's challenging

Purno wrote:I just made a tiny map... I hope it looks nice and I hope it's challenging

here are two Mini scenarios for you guys to try and enjoy.

i would Love to see them kept as intact as possible (i.e. the landscape)

no hurry to make an instant awsome network, slowly building up a non intrusive network IMO is nicer, 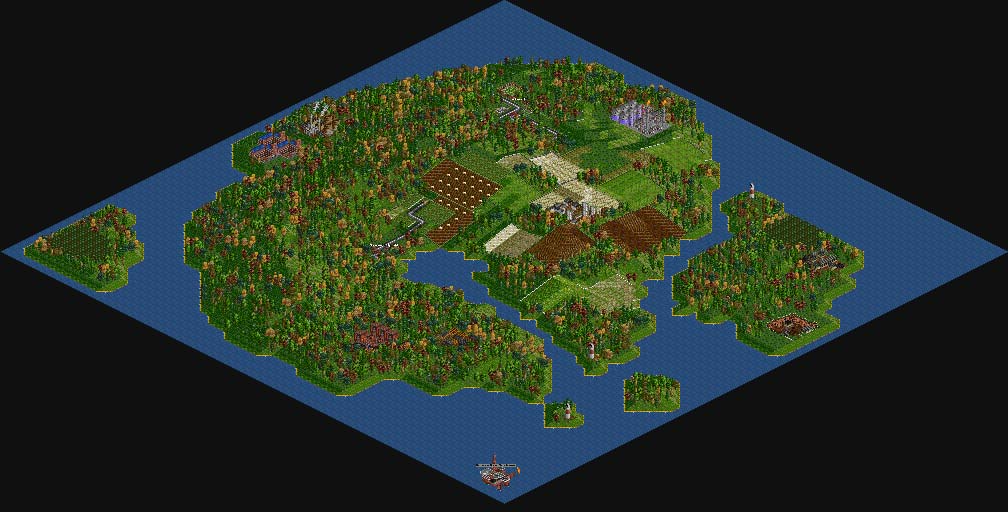 river.scn
a river runs the middle of this scenario, with a bridge connecting each side.
(12.7 KiB) Downloaded 149 times

screenshot of the river 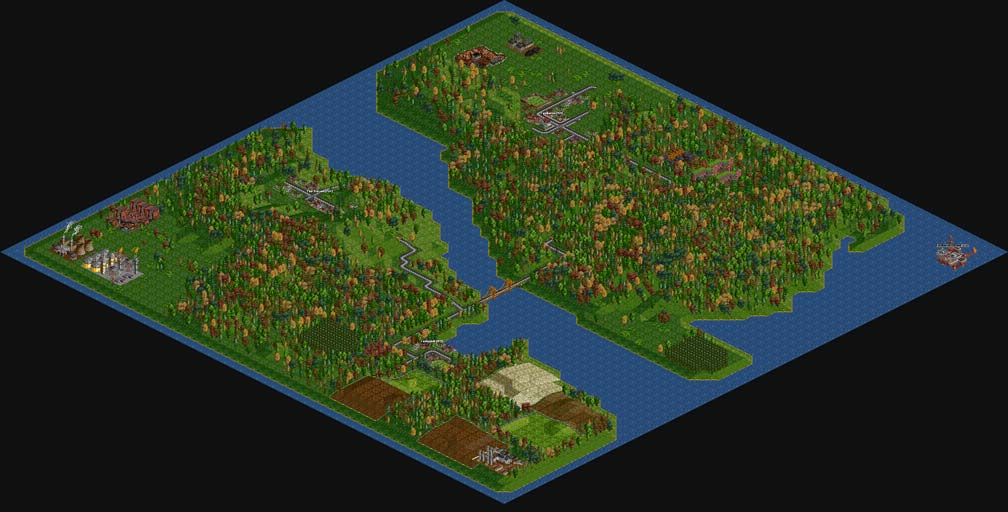 Trying the map first posted here, I thought it would be fun to try road vehicles exclusively so I used multistop. This resulted in a huge load on one entrance while some were empty. I talked with Celestar about it and he solved the issue right away.
This means that the tiny maps lead to a bugfix in something completely different

It's also nice to create narrow landscapes. Attached you find a screenshot of my current game, it's a map of 2^6x2^11. 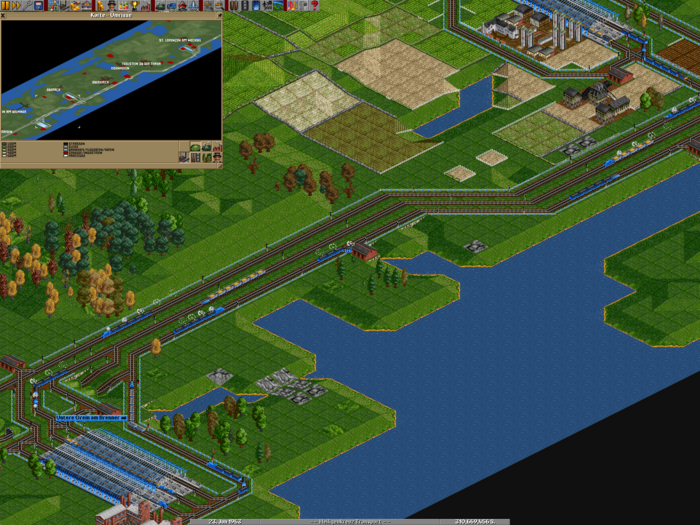 skunk wrote:It's also nice to create narrow landscapes. Attached you find a screenshot of my current game, it's a map of 2^6x2^11.

. I might also have to take another poke around OTTD again

I also play a game of 64x2024 (or the other way around) now, and it's really fun for network building. Especially if you have lots of industries on the map.
Top
Post Reply
24 posts