If hydrofoils and/or hovercraft have found there way into FISH then I am forced to resubmit my ideas for possible names for the set.

Drawing ships is really getting a little boring

Ships are big, they are complex shapes, and the reverse angles have to be completely reshaded to look right.

Enough moaning though....I am continuing with the vehicle ferry. Might have all angles done today

If hydrofoils and/or hovercraft have found there way into FISH then I am forced to resubmit my ideas for possible names for the set.

There is truly great work being done here. Keep it up and we shall keep downloading.

Thanks for the new release,

going to playtest as long as I can on my mac

Maybe three or four different sizes are not really needed for each type. Generally there should be smaller ships which are faster, and bigger ones which are slower. Quite often you´ll find such a combination in RL, good example might be the former ferry service between Copenhagen and Malmö (before the bridge was build). A wide range of ferrys were used here: some train/car-ferrys, various medium sized ferrys, a couple of hydrofoils, and for some time even (a?) hovercraft(s) to the Kastrup Airport. List and pics of what they used: http://www.simplonpc.co.uk/Oresund.html

(At least in my games) I found there is a need for a rather small (>100) but a bit faster pax ship to serve small coastal towns, oil rigs or fishing grounds, something like the current 2CC small ferry. Maybe a bit faster. I´m not very fond of hovercrafts but for faster ships you have to turn to unusual ship designs. Catamarans or hydrofoils were more common I think, just imagine what a sprite artist and a coder with a lot of skill and spare time could make of it, first cruising just like a normal ship, than gently coming out of the water when gathering speed an finally almost flying over the waves with a fantastic wake behind, just like that pic, wouldn´t that be cool? 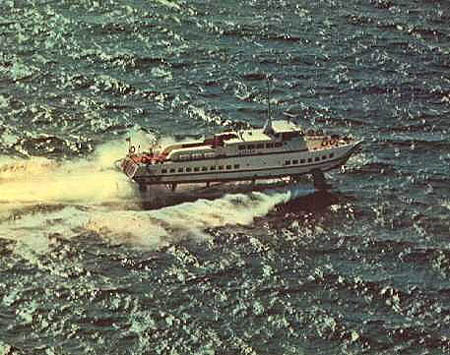 
A minor idea for improvement: in my opinion the roof on the coasters look better in white or light grey, instead a stripe of company colour around the smoke stack would look (even) better. Can ships have smoke? 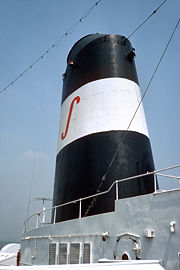 And finally: Could there be the fishingboat, at least as a stand-in? It´s going to be in the fishing habour, so why not here as a utility ship?

You say it´s not a work of love? Doesn´t look like it, really.
(Some candy, but you deserve it.

for further inspiration have a look on this ship spotter page: http://www.faktaomfartyg.se/
Top

Your work with the FISH set looks really promising. Would love to see the release version on Bananas. I do understand that it is only a limited selection of ships in it yet, but still.
My OpenTTD contributions (AIs, Game Scripts, patches, OpenTTD Auto Updater, and some sprites)
Junctioneer (a traffic intersection simulator)
Top

Coxx wrote:And finally: Could there be the fishingboat, at least as a stand-in? It´s going to be in the fishing habour, so why not here as a utility ship?

This grf has DanMacK's fishing boat in as the Medium Utility Vessel, and a half-finished version of the ferry sprites. Give it a whirl...

Have you considered looking at the Condor Ferries that run between Weymouth, Poole, Portsmouth, the Channel Islands, St. Malo and Cherbourg?
They carry vehicles, though in game they're probably be passenger ferries, not actual vehicles as such.
I'd like to see them ingame, but if you think they're not for FISH, that's alright.
Top

Gremnon wrote:Have you considered looking at the Condor Ferries that run between Weymouth, Poole, Portsmouth, the Channel Islands, St. Malo and Cherbourg?

The fast ferries are the ones I meant. I've been on one several times before, it'd be great to see them ingame.
Top

Are you going to use the maximum amount of ships allowed?
Top

petert wrote:Are you going to use the maximum amount of ships allowed?

Pipelines for the people! PIPE
Top

petert wrote:Are you going to use the maximum amount of ships allowed?

For some reason, I had thought the number was lower. I saw it in a thread somewhere.

Edit: I found it here.


Mr. X wrote:There are also some ingame limits that you have to remind when adding or replacing vehicles:
...
Ships: 11
...

petert wrote:For some reason, I had thought the number was lower. I saw it in a thread somewhere

A useful reminder of why we check the wiki before coding

Meanwhile, I'm working on a log raft. This is one of the more fun things to do, as I already have logs! Yay. Just need to knock up a tug sprite - the fishboat is too big! 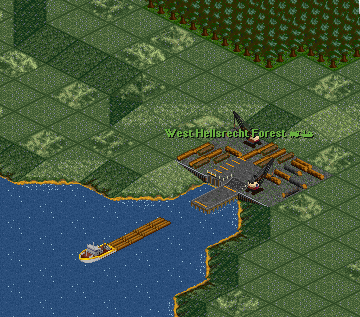 Read my "Edit:", you may not have seen it when you posted.
Top

The original limit for ships was 11. However with the advent of the Engine Pool feature which is activated via the Enable Multiple NewGrf Engine Sets Advanced Setting (vehicle section) the possible total number of vehicles for any given type is raised well beyond what they originally were. Of course you would not want to reach that maximum number within any one vehicle type as there would then be no room for any other vehicle type. The only real problem with this new lack of limitations is that TTDP does not yet support this feature which leads to sets being created for use in one game and not the other unless the artists and authors are willing to create a downsized version for TTDP.

I'd like to point you to http://www.tt-forums.net/viewtopic.php? ... &start=201 just in case it really was missed first time round.

Nite Owl wrote:However with the advent of the Engine Pool feature which is activated via the Enable Multiple NewGrf Engine Sets Advanced Setting (vehicle section) (...)

Sorry for off-topic, but the Engine Pool is always active and cannot be deactivated, thus more than 11 ships are always possible. The switch you mention is a different feature which controls whether multiple vehicles newgrfs override each other [0] or whether they are forced into independency unless they explicity specify to override one.