Discussions about the technical aspects of graphics development, including NewGRF tools and utilities.

I've created NMLCreator, which is an IDE for creating NewGRFs with NML. NMLCreator is available for Windows and Linux. It has the following useful features:
See here for more information about how to install and use NMLCreator.

Here are direct links for downloading and installing NMLCreator: If you have a specific question about how to install or use NMLCreator that isn't answered in the help page, you can ask it here.

You can submit bug reports or feature requests for NMLCreator on the Github issues page. If you know how to fix the bug or program your feature request, you can also submit a pull request. Note that I'm not responsible for programming the official NML compiler, so bug reports about the compiler itself (not related to NMLCreator's user interface) go here. 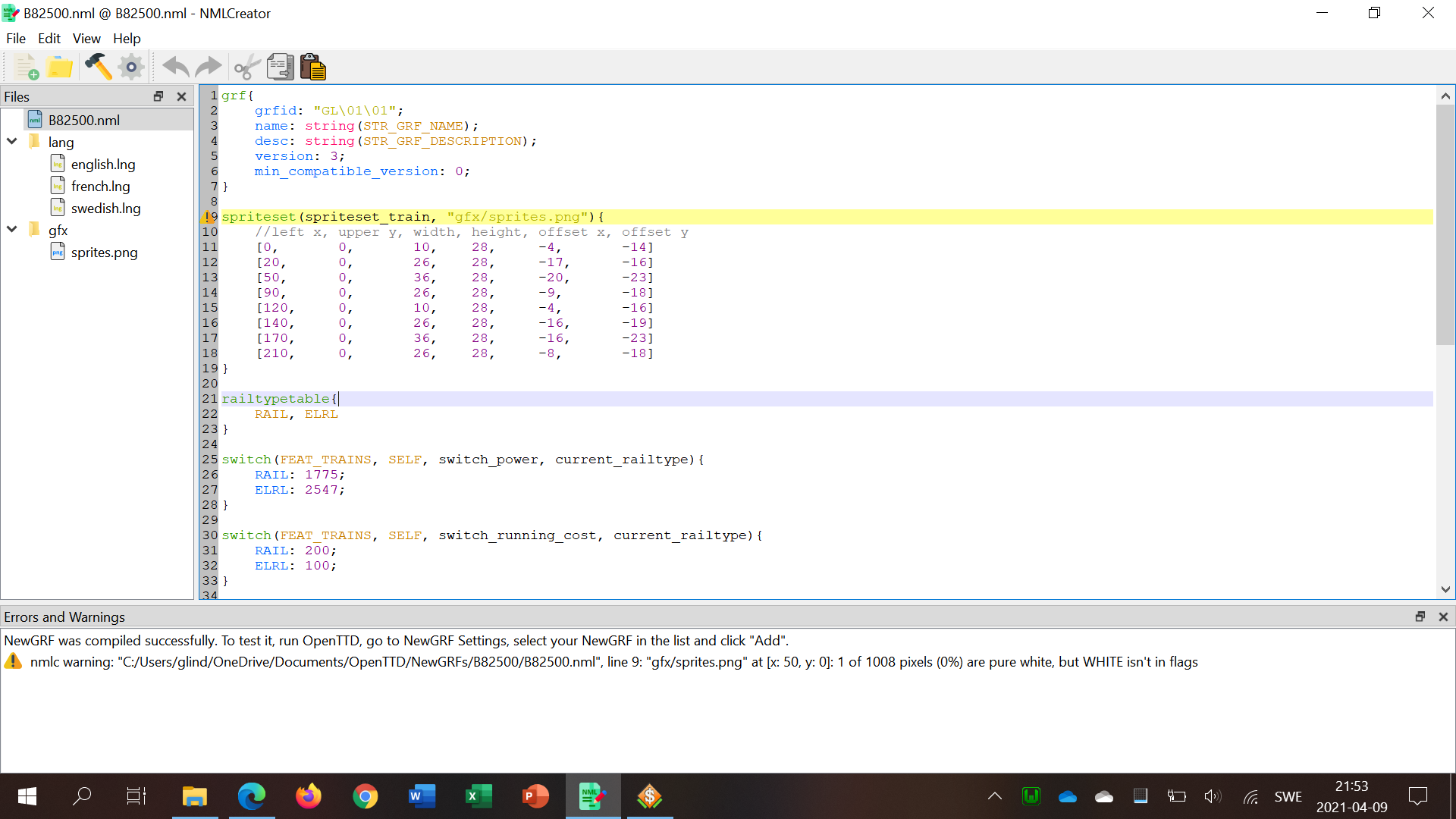 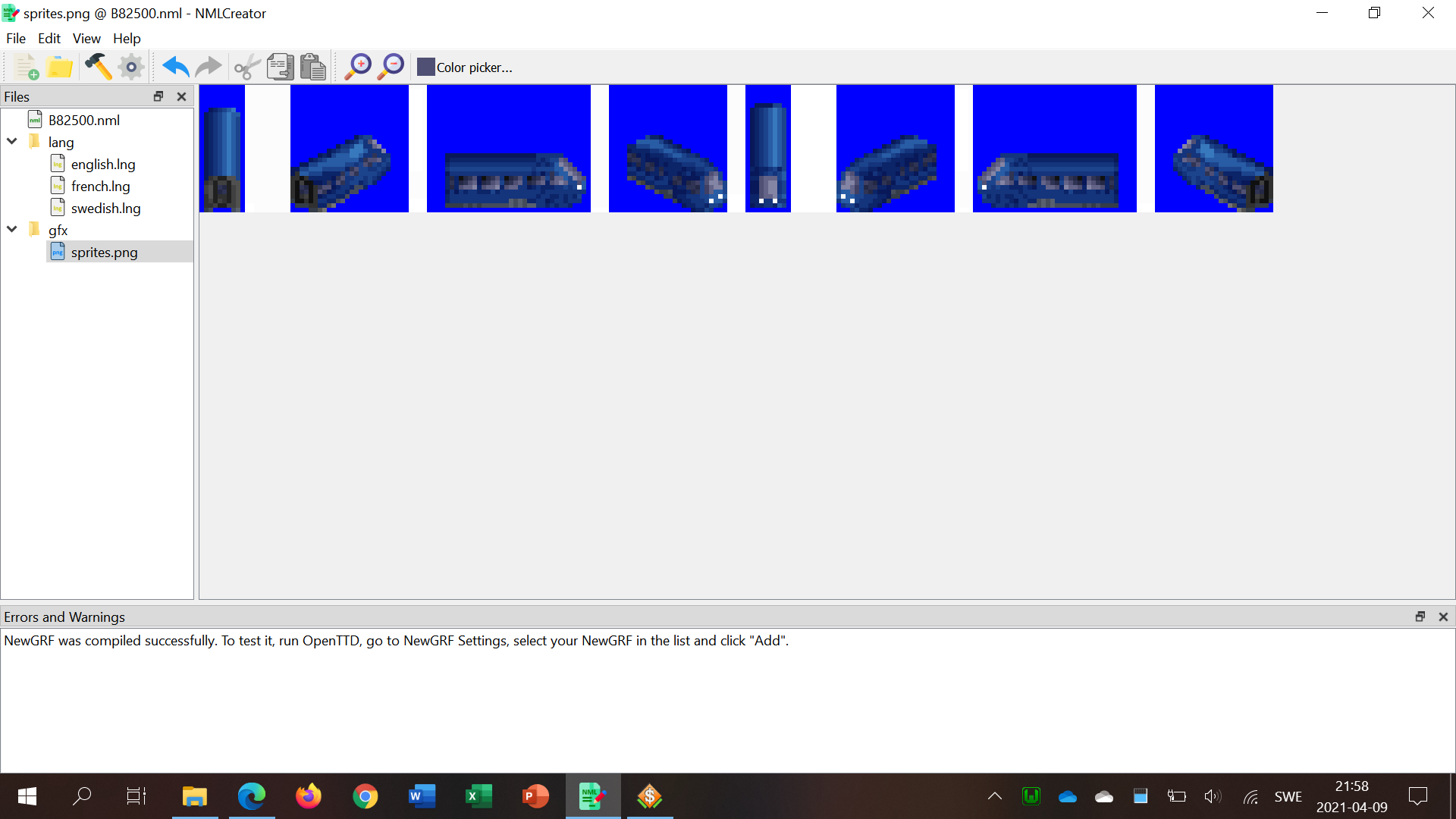 I downloaded and ran the Windows installer, it installed, and I'm getting this error at launch:

NMLCreator.exe - System Error
The code execution cannot proceed because VCRUNTIME140.DLL was not found. Reinstalling the program may fix the problem.

NMLCreator.exe - System Error
The code execution cannot proceed because VCRUNTIME140_1.DLL was not found. Reinstalling the program may fix the problem.

NMLCreator.exe - System Error
The code execution cannot proceed because MSVCP140.DLL was not found. Reinstalling the program may fix the problem.

I checked the documentation and didn't see anything about this, I apologize if I glanced over it and missed it. Is there an additional package that needs to be installed first?
Do you like drones, quadcopters & flying toys? Check out Drone Strike Force!

Thanks for letting me know. For some reason the windeployqt tool didn't add these DLL files automatically. I added them manually so if you download and run the installer again it should work now. If not, let me know.
Top

try installing https://www.microsoft.com/en-us/downloa ... x?id=48145
You might not exactly be interested in Ferion, but if you are, have fun

This sounds great! I'm on a Mac, so can't give it a try - any chance you could post a screenshot or two? A picture speaks a thousand words, and all