Thanks To
The developers of Grfcodec and Nforenum.
Foobar's List of Bridge Codes.
And to the rest of the guys at the TTD Community for their support and encouragement.

shanghaitransrapid.grf
this contains just the train you see in the screenshot
(4.71 KiB) Downloaded 1445 times

But you use a simple sprite replacement for rail tracks. That's not anymore state of the art

- OpenTTD can do better, if you provide the tracks a a railtype; in that case you don't have to worry about any ground sprites. That'd make it also easy to drop the limitation to temperate climate.

I can refer you to the swedish rails which I programmed the last months: http://dev.openttdcoop.org/projects/swedishrails (or just get the grf and the source tar ball from http://bundles.openttdcoop.org/swedishr ... es/LATEST/
The source code is freely available under the GPL v2 and it should be moderately easy to just replace all sprites I use there by your own sprites and thus modify this into a maglev replacement.

a screenshot would be nice

Screenshot. Not a very nice setup, but it gives an idea of this set.

@Froix: You did a good job on your first newgrf! I'd never use it, but then I'm also biased by my own transrapid tracks (see link in signature).
Anyways, keep expanding it to other climates (Railtypes is a great help here!) and figure out what you want to do with the level crossings. 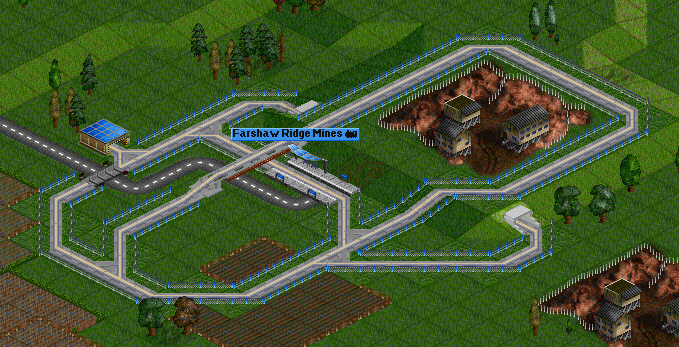 FooBar wrote:what you want to do with the level crossings.

I'd simply disallow level crossings. Something only possible with railtypes

(and in recent nightlies only). Which, btw, would also help to solve the bridge hassle: just define proper overlay sprites which hide the default tracks and you're set for all bridges, whatever base set or newgrf provides them.

These are nice!
Congrats on learning newgrf, not everyone is capable of this. And the graphics look pretty good too. As Foobar said, a transrapid set has already been made by him, but I like yours just as much (though they are more a king of monorail track in my eyes).
BTW, that maglev isn't Shangai-exclusive, there is one test track in Germany (where the thing was invented in the first place). Shangai is the only commercial line.

Good luck!
I am little, ugly, and nasty. How do you do?
Top

The style of track is though. The track at the test facility looks quite different from the track built in Shanghai.

I don't see that many differences...
Look at those two pictures: Germany - China
I am little, ugly, and nasty. How do you do?
Top

Is there a railtypes guide for the layman out?

I'll look into it when I get more time. I'm leaving 32bpp graphics for the real artists though.

Thanks for the screeny. Just uploaded another one on my first post. I've seen your transrapid tracks, I've used them a couple of times. The original maglevs just get muddy when working with multiple congested intersections.


I was just looking at cmoiromain's Germany pic and thought, "Ooo they're about to intersect, they better slap those signals fast" ahahaha I've got TTD on the brains. They're most likely rerouting though ahaha

I'm sticking with the Shanghai title.

I prefer them over the transrapid track set by far as they fit more to the tracks lying on the ground as all other track types in TTD do.

On another note, I don't know if you want to support TTDP with this, but if you don't it would probably be best to use the tracktype stuff that OTTD supports nowadays as suggested before. If you do want to support TTDP I'd suggest that you support OTTD with the methods suggested before and but also have a normal sprite replacement and disable one piece or the other depending on the host program. I don't know if this lies within your current NFO abilities though.
Don't panic - My YouTube channel - Follow me on twitter (@XeryusTC) - Play Tribes: Ascend - Tired of Dropbox? Try SpiderOak (use this link and we both get 1GB extra space)

Guide? Probably not. You basically have to work with the information on the Action 3 page. The principle is not that hard to follow though. Have a look at it, and just ask if you have questions.

planetmaker wrote:OpenTTD can do better, if you provide the tracks a a railtype; in that case you don't have to worry about any ground sprites. That'd make it also easy to drop the limitation to temperate climate.

NML would've surely made my task a lot easier but I can't compile the code. It's not recognizing the #include and #define commands. I get the "Illegal character" error. I'm guessing it has something to do with C and Python and me using Windows but I'm sure you guys know more about this one.


cmoiromain wrote:though they are more a king of monorail track in my eyes

I just widened the main tracks two pixels. I was trying to stay in proportion with the trains but I guess there was a little more space to expand to.
Shanghai Maglev Inspired Track Set | OpenGFX+Trees | Flexible Tunnels | Monkey Bar Bridge | FS-Maglev Track
Top

Yes, it is easiest with unix system like linux or osx, if you want, you can use our DevZone, we could setup it so it does build on every push...

Question: Is there a way to stop the game from greying out my pillars when using the Tubular Silicon Bridge?

Thanks Ammler! I'll keep your offer in mind. I have a feeling it'll be slow going for my slow internet though.

Maybe you can add also newgrf bridge replacing silicon bridge?
Correct me If I am wrong - PM me if my English is bad
AIAI - AI for OpenTTD
Top

Froix wrote: Question: Is there a way to stop the game from greying out my pillars when using the Tubular Silicon Bridge?

The three different tubular bridges share sprites, the pillars additionally among track types. The sprites are just re-coloured. As such it is not easily possible to change that unless you change the other two bridges, too.
My best guess is to keep them and adjust your maglev bridge such that it matches those... though they differ slightly between base sets. So you easily end up with glitches here and there unless you rework all those sprites, but it may work with pillars without glitch. Chosing one or another version for the two different base sets via parameter is for MP games no option as it'd be wrong for at least 1/3 of the players (same unfortunately with tunnel sprites, even with rail types, but that can be worked around).


Thanks Ammler! I'll keep your offer in mind. I have a feeling it'll be slow going for my slow internet though.

Single updates to a repository are usually not large and as such very quick; it'd give you also the possibility to produce nightly versions, catching some errors and glitches possibly faster.

Concerning trains I indeed consider it the way better approach to keep tracks and vehicles separate entities / newgrfs and not mix them, if not necessary.

It is waaaaay batter than original maglev.
Is it possible to fix it?

I discovered that you changed sprites for all tubular bridges. I see nothing wrong in it but maybe sb prefer to have road bridges intact. Whatmore in RV there is junk left after that terrible tubulars 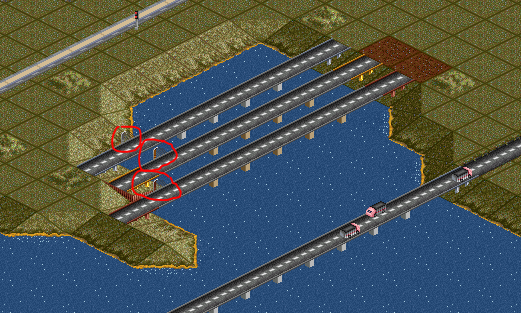 That is actually what I mean with "better leave bridges un-touched" or exercise great care. They share sprites. And it will glitch if you start replacing these sprites, too, as you cannot know which base set a user uses

Thus I'd like to recommend to look at rail types again and "just" replace the tracks. And possibly make other changes optional, selectable via newgrf parameters.