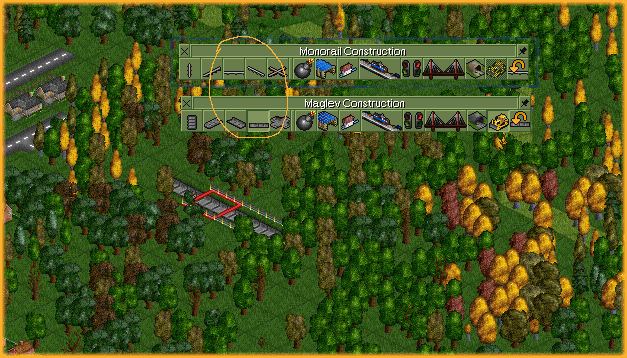 How is that? They seems to be just fine to me

Monorail is the thing with the single bar on which the trains sit. Maglev is the wider U-shaped structure, some sort of small canal without water through which trains travel.

So as long as you've built the track in your screenshot with the bottom one of the two toolbars, everything should be just fine

Ah, my bad. I thought he meant that the maglev and monorail buttons were swapped around, but now I see the problem indeed.

@delsar_delsar:
You're correct indeed. There's something wrong and it hasn't been reported before, so you did your homework correctly! I'll add the report to the buglist and fix it for the next release. Thanks for reporting, and sorry for my misunderstanding!
FooBar's Tram Tracks | TransRapid Track Set | Metro Track Set | OpenGFX base graphics set | FIRS Industry Replacement Set
Dutch Tram Set | Dutch Trainset 2 | Dutch Road Furniture
Top

I'm proud to present to you:

A new year and a new release of OpenGFX. Amonst the most notable changes are the bold typeface and the addition of a lot of toyland graphics! (Hopefully) all existing toyland sprites have been added (let me know if I missed something) and some new have been created by yours truly. Apart from the additions, some bugs were fixed as well.

The download is below the screenshot. Included with the download is a present from Athanasios: one of the toyland buildings in 32 bpp. Have fun! 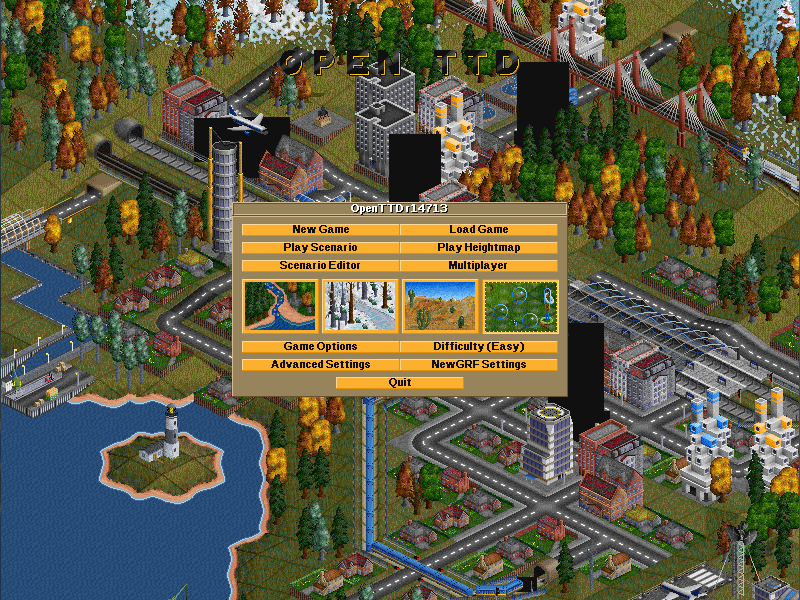 cool and a new version too boot!
Top

I know office graphics are still marked as WIP, but I would like to suggest something. The building stages are not realistic, as you don't erect the outer walls first and later put in the grounds (see screenshots). I hope this is addressed.

Otherwise I have to congratulate you for the good work. Can't wait till it's finished.

Incredible, the OpenGFX looks great. I thanks again for the Hungarian language support, but there is a bug with the small U with double acute, after every letter there is a pixel-wide white line. I created a picture about it. 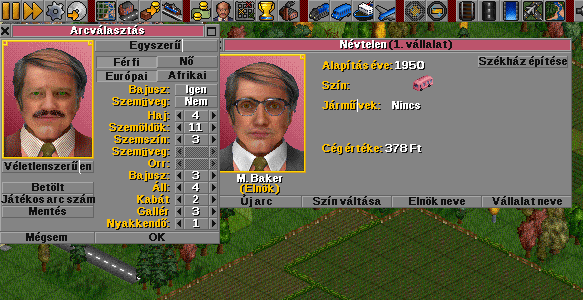 Could you fix it in the next release?
Top

Yes I will; thanks for reporting. I'll also move the u with umlaut 1 pixel up and make the r 1 px less wide. If there's anything else on the font, please let me know; I might've made some errors here and there.
FooBar's Tram Tracks | TransRapid Track Set | Metro Track Set | OpenGFX base graphics set | FIRS Industry Replacement Set
Dutch Tram Set | Dutch Trainset 2 | Dutch Road Furniture
Top

Could you please make Czech symbols "á,é,í,ó,ú,ý" same as the Hungarian ones? We don't have the letters with horizontal line over them in Czech (explained in attachment).
Thanks, you're making a wonderful work

EDIT: aah, sorry... there are no Czech symbols in OpenGFX yet, right? I found out, that I had enabled newgrf with unicode fonts.
So just don't mind me

but thanks anyway, I hope we will see Czech ones soon.

This is what I get with OpenGFX in the Czech language. It switches to some other font; looks like Arial or something.

I'm willing to add the Czech-specific characters to OpenGFX, but since I'm Dutch myself I wouldn't know what characters that would be. It would be great one could look up the corresponding unicode character codes (you can find those here in one of the additional Latin blocks). A list like the one below would be ideal for me (i.e. just copy the relevant entries from the wiki pages and put them in a list):


These letters are part of the Hungarian ABC... and part of the 437 code page... the original TTD used that.

Check it at http://en.wikipedia.org/wiki/Code_page_437
Top

Ok, so Czech ones (apart from basic latin) are these:

EDIT: yes, the E's are with caron, sorry, I didn't see the difference at the first time

Thanks, bubersson. It seems that these are missing from the current character set:
EDIT: Are you sure that it should be an E with breve and not an E with caron, as wikipedia tells me?
EDIT2: Alright, then I'll do all carons

Although that's still quite a list, it shouldn't be too much of a problem to add those. Please let me know if you come across some other missing characters.


Let me also open up this offer for other Latin-based language. If you miss any special characters for your language, let me know. The overview below lists all characters we currently have. You might as well add the characters from the list above to that, because we'll have those in the near future. The list of unicode characters is available here if you like to make a list with missing characters like the one above for your own language.
Please note that this offer is only valid for Latin-based languages, not Arabic, Cyrillic or Chinese etc. It's not that I don't want to add characters for those languages, but it's just that I'm not creating them.

Finally someone who actually reads the readme

When using Finnish language, the font is that Arial-looking. It can show our fancy-letters åäöÅÄÖ. (If I change language to English, font become bold but it can still show åäöÅÄÖ)

The characters from your list are indeed already available. Apparently there are one or more other characters used in the Finnish language file which are unavailable in the OpenGFX character set. I'm currently working on (read: I'm still downloading the development tools) an extension of the game which should reveal what character(s) that are.

I don't consider this a new feature release, but more a bugfix release or something. New is the support for a lot of languages (mostly Eastern European). Apart from that, some minor bugs were fixed here and there. If you're happy with what you have now, I wouldn't bother upgrading at all.

Note: While OpenTTD supports virtually any language through it's Freetype font system, the languages from the list above are displayed in OpenGFX' own font and don't rely on an external ttf font file.

Downloads are as usual below the screenshot and in the first post. 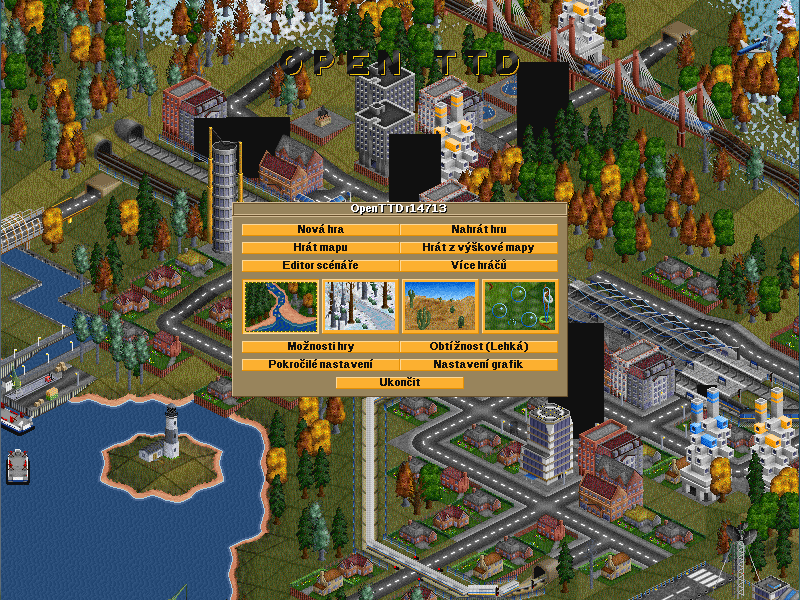