Short conclusion after a short test: Restaurant car pays off to add to each long train. The best results will still be seen on short journeys where maintenance costs play a greater role than on long journeys.

But, if the loading time of this wagon would be significantly longer, it would be uneconomic on short journeys and still worth using on long journeys.
Personally, I prefer the cargo aging effect, but such a solution would also make sense.

In the case of luxury and large-capacity wagons, it would be enough that they would have different speeds and loading time. The variety of wagons available is always nice. ; )
I am sorry for may English. I know is bed.
Top

Another test version. This one removes all pax and mail vehicles, and the associated express engines, railcars etc (about 80 of these deleted). Express freight cars also removed.

andythenorth wrote: ↑10 Apr 2021 12:29 This one removes all pax and mail vehicles, and the associated express engines, railcars etc (about 80 of these deleted). Express freight cars also removed.

What is the problem with express freight?
Anyway, just starting a game with the prev test version. I really like the idea of slower suburban coaches.
Top

Another test. This one:

After a lot of testing, I'm convinced that cargo aging is better left at default value. Changing it introduces multiple problems, which mean it isn't a useful balancing parameter for vehicles.

This is obviously my view, other sets can take a different view etc etc.

Also I want to say that it is good to try out experiments in the newgrf spec, I would rather test whether things are useful than debate forever if we are allowed to add a new var or property

Please don't interpret my comments as regret that the property was even introduced, we often can't know what's good in the grf API until it's been tried by authors. No omelette without broken eggs etc.

Anyway, all that said...

These aren't guaranteed results for all possible routes, but they are easily achieved.

There are no balancing factors currently that can reliably avoid this.

I'm in favour of funny or useful exploits, but I would rather eliminate this one as it means the Iron Horse design of 'best train for specific role' is fundamentally broken.

But eh, can't do anything about that in current spec, so it is what it is. If you don't like OP intercity metro trains, don't use them

I think shipping this would be better than removing all the pax stuff, which would be a more pure solution, but might look like pointless dummy-spitting vandalism

Not going to lie, these last few releases are no fun and all grind.

I've decided not to delete a big chunk of the grf because I think it would look like petty vandalism, but there was no joy in this release at all

Trying to balance vehicles in a grf is a good idea.

To expand a little: the goal of Iron Horse is to mostly level vehicles, so that the choice of vehicle is mostly 'which vehicle looks nice'

There's a few details around intended role, and power, but mostly it's 'choose what looks nice'. Everything else will come out about the same, on average, across enough journeys.

This doesn't quite work for pax transport, because cdist in cities imposes a requirement for pax vehicles with very high capacity.

But vehicles with smaller capacity are more pleasing on some routes outside cities.

There's no way in the current spec to level these vehicles according to journey time or route length.

The outcome is that the higher capacity vehicles will be OP on many many routes, we'll just have to live with that

This silly adventure has left me a day or so away from deleting the project, which isn't what I want to do at all

So for sanity, I'm going to not pay attention to further requests about cargo aging etc

Thanks all, especially those who provided feedback.

I've been a pain-in-the-arse to a bunch of people in irc and discord for the last 2 weeks.

On the upside I've learnt a lot of detail about various game mechanics.

This one was more fun. Adds Pacers

"The world would not make a racehorse of a donkey." - proverb 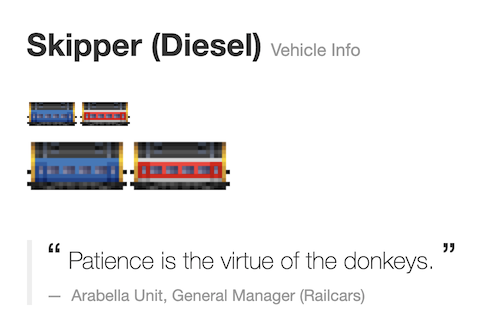 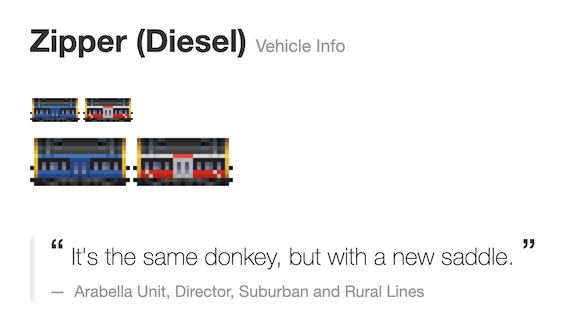 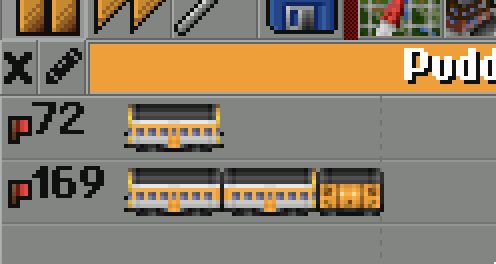 
Thank you!
Some screenshots of mine...
Top

Not sure if this is a bug or i've missed something, but it looks like wrong sprite. 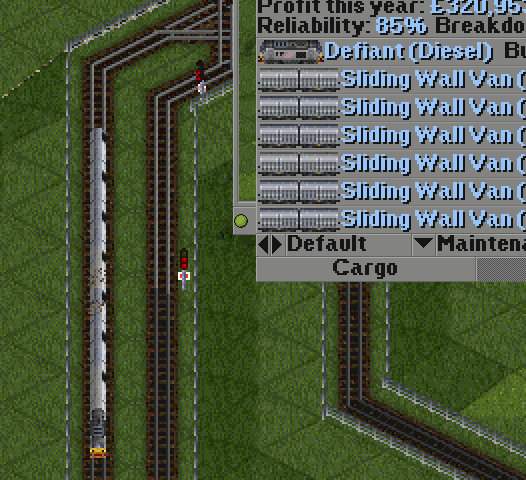 Ha ha yes. I have fixed this and will do a release soon

I have some near-duplicate wagons in 2.26, including the Dump Car and Ore Hopper. All that's different is the running cost. Is one the discount model?

Help me test Industries of the Caribbean!
Top 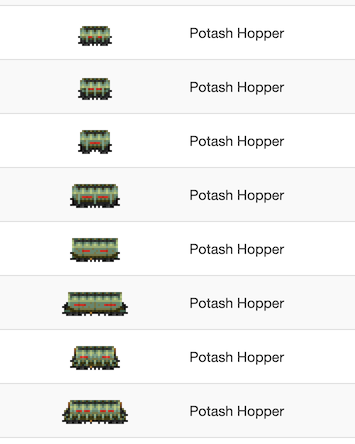 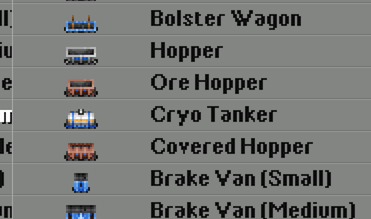