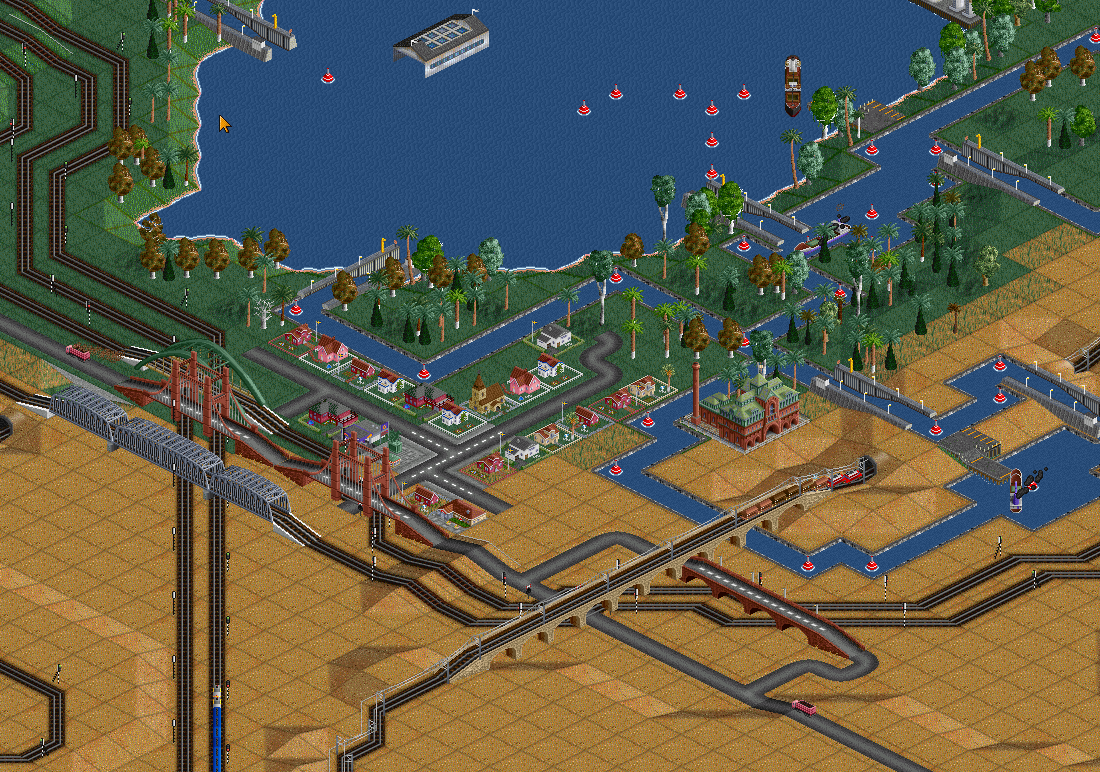 The AI was hardly transporting cargo in the intial version. I found a few bugs related to cargo, so I have pushed a second version to BaNaNaS.
Changelog of version 2:
Top

This sounds cool, a realistic railway building AI that also uses different vehicle types. When I run into spare time I will surely check this out.

Thank you. I am currently trying to make bus services and passenger train services between smaller towns more profitable, that will hopefully be the next update. It is rather hard to do so without timetables.
Top

Version 3 is available. Changelog: Edit: forgot to correct a small mistake in the last mentioned feature. You can download version 4.
Top

This AI is amazing!

The only unusual thing I saw was that the AI built a really long canal right at the beginning of the game. And I was thinking, "How on earth did it not crash the company?", but then I saw that canal costs are lowered with SQUID significantly. The company was a success, obviously.
Top

Thank you! It took me quite some time to develop something that I found ready for publication. I currently like it more to adjust some changes and watch a few AI playing openttd, than to play the game myself

Version 5 is now uploaded. The changelog:
- Bugfix: Reloading a game after the AI had crashed, sometimes caused the AI to immediately crash again
- Bugfix: Always use the corresponding rail type to build rails in front of a depot (instead of sometimes a different, compatible one)
- Bugfix: an unconnected station track was sometimes allowed
- Building less level crossings, as those often cause accidents when there is heavy road traffic
- Do not always reduce length of passenger trains, only if there will be not enough passengers
- Better re-use of existing canals
- When the company has enough money, it now can build statues
Top

Found something that may be of interest to you: 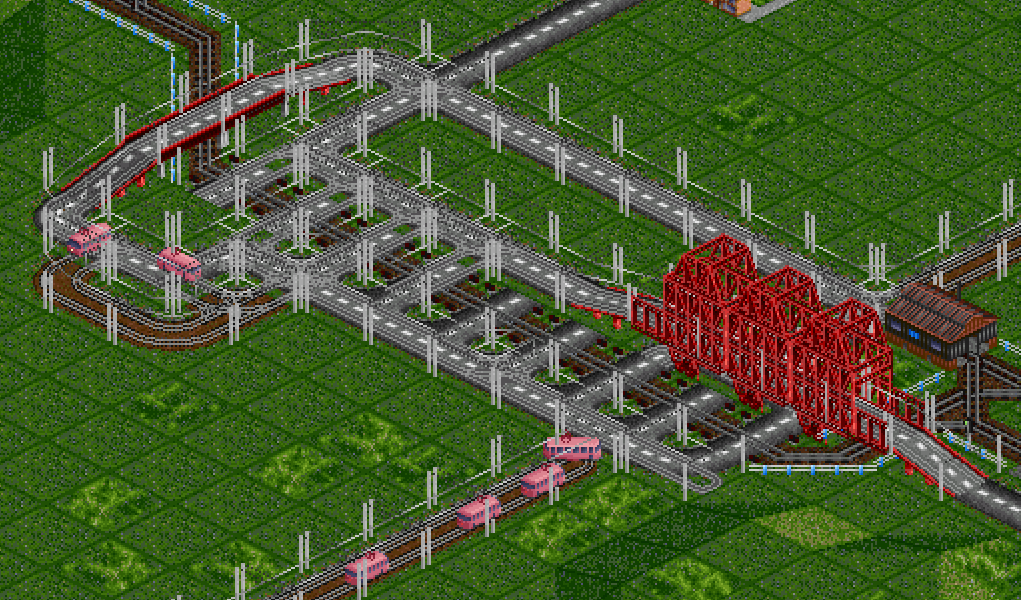 The AI is indeed trying to remove level crossings, because on those crashes can occur between road vehicles and trains. The disconnected tramway is a bug I knew of, and I was already working on that part of the problem. I don't see directly why it keeps failing to properly remove the roads. I'm definitely going to tackle the issue in the next update, thank you for the savegame.
Top

If you now update the AI, it should stop panicking over the railroad crossings and most crossings will be removed.

The changelog for version 6:
- Bugfix: some corner combinations were not always allowed
- Bugfix: no more blocking of locks when building new canals
- Bugfix: selecting correct tiles when planning a detour for a railroad crossing
- No more weird U-turns ("large pools") in new canals
- Railway lines with single-track parts will take less time
- Removing dead-end roads built by the company
- Reconnect tramways that were accidentally disconnected (can happen when a detour is made for a railroad crossing)
- Cargo services cannot are not anymore allowed to pick up cargo at the drop off location
- Borrowing more money from the bank to buy a train, if required
Top

Short changelog for version 7:
- Bugfix: no more accidental removal of tiles of a different station
Top

I've used your AI in several test games and came away impressed. It's been completely crash-free thus far, uses a pleasingly wide variety of engines (even odd stuff like HEQS' freight trams or 600mm narrow gauge train) and seems to do quite well for itself most of the time. The only persistent problems encountered are centered around waterways:
Kind Regards,
The Axe 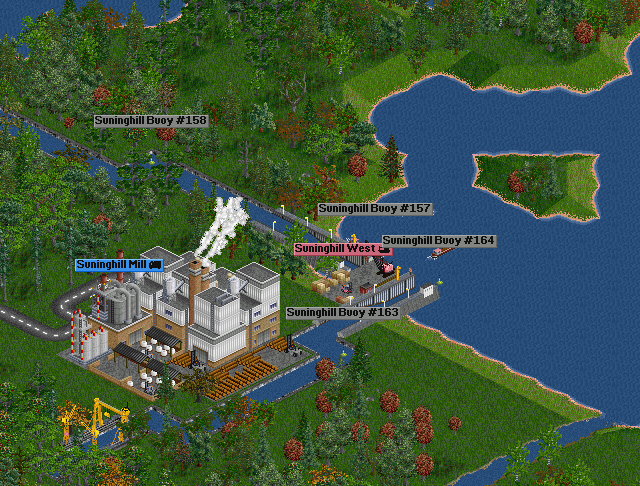 RailwAI v7, the index '0' does not exist

Just started a hard game (normally do alone) to see what happens with 6 RailwAI, only red made barelly profit in 10 years, with ships, trains never got money until now, saw this attached

Thanks for your replies!

I'll check the behaviour of the AI with the Polish PKP set and do my best to learn the AI to make more profitable routes in hard games. Nevertheless, a train with 1 cargo wagon could have been normal behaviour: when there is not enough money to buy more carriages, a short train is usually better than no train. The AI is able to buy more carriages later on (or sell carriages when it thinks a train is too long).
If you have an example of a lot of stations on the same place, it would be helpful for debugging. RailwAI should have a strong preference to choose industries that are not serviced yet, because the best way of making money is to have an own set of clients (industries).
Top

To be fair, I don't fully understand ship pathfinding, but they normally seem to be restricted to 45° turns (one per tile to navigate a 90° bend of the canal) with the setting enabled. However, the game appears to be lenient with docks at least: should a ship be unable to depart in the "proper" way, for instance if the station is located at the dead end of a canal, no harm is done, but you do get a brief "ship xx is lost" notification. Regular pathfinding seems less forgiving. 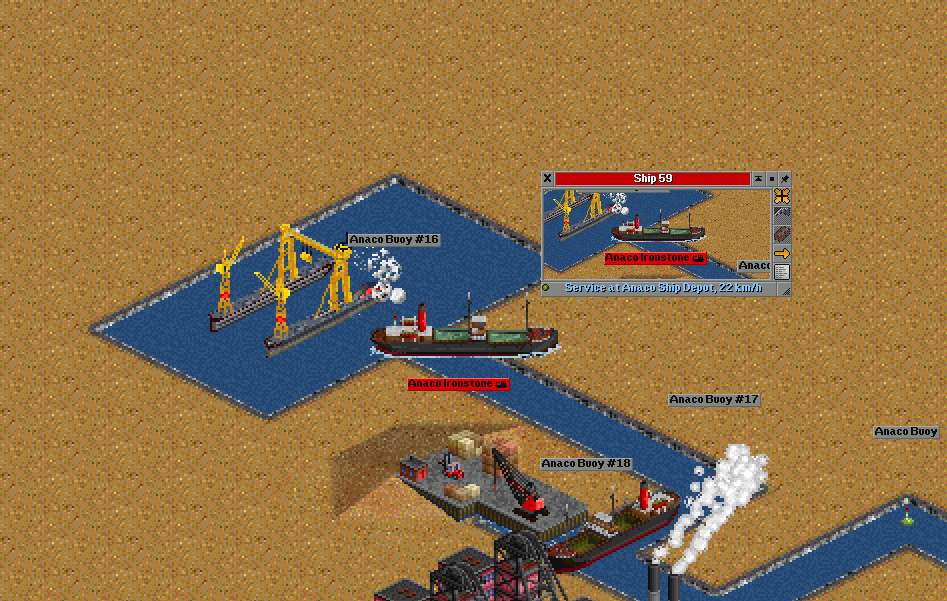 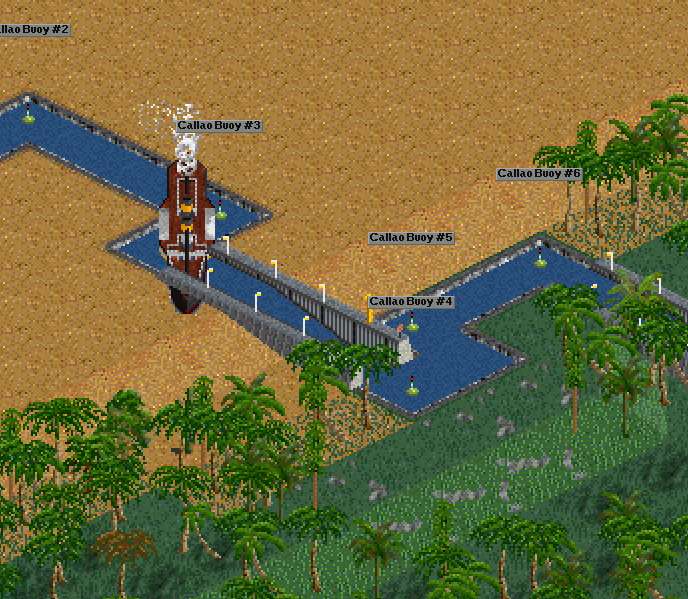 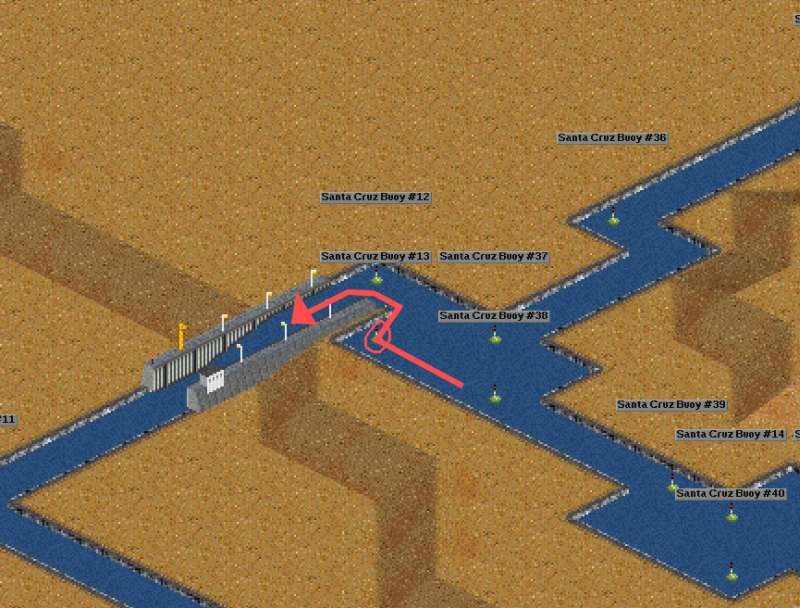 For the double track, forget it, it's good, saw some exemples using 1 track and only double track for bypass.
Top

Hey. It seems the crash I last reported doesn't originate from the AI itself, https://github.com/OpenTTD/OpenTTD/issues/6968
Formerly known as Samu
Top

I was already thinking that it probably was related to a corrupted order list. Nevertheless, the crash could (theoretically) also occur in some rare cases when a player uses the magic bulldozer to remove some stations, or when the AI buys another company (I'm planning to implement that in future). Crashes should always be avoided, thus it was worth 3 checks of 1 line of code each

I tried on hard settings, but I clearly see why trains probably are not used in the first years: when the maximum loan is only $100.000, I barely have enough money to buy a single train. Then ships and buses/trucks are more feasible.
When RailwAI is using a single-track railway line (with passing sections), it does because it couldn't build a proper two-track line (for whatever reason). I have improved, but I am still not really content with the difficulty this AI has with building passing sections. It's high on the to-do-list, as well as using less buoys when ships are used.

Changelog for version 8 that is now available:
- Rail: Building (slightly) more passing sections
- Passenger trains: do not use carriages that offer 0 additional seats
- Add setting to regulate the amount of trees that the company will plant when it has a lot of money
- First transport service is now preferred to not be operated with ships. RailwAI will get less often bankrupt.
- Build additional buoys 8 tiles before and after a lock, such that ships get lost less often
- An unprofitable ship can be sold quicker when a new dock is built nearby the location of the ship
- Disallow U-turns (double 90 degree turns) for ships
- Remove disconnected railway tracks (but first reconnect bridges that were accidentally not connected properly to the next tile with track)
- Do not build docks adjacent to locks
- More possible company names
- When the company has a lot of money, it will start building some tunnels in existing railway lines
Top
Post Reply
72 posts