Hi. I found a crash with v8. Cannot iterate null.

Hi again. The index 'Count' does not exist.

Try this one please.

Er, yuck. It's one of those classic corner cases where industries shut down between being listed and being tested, leading to it trying to test an industry that's not on the map any more. I'll try and get a fix up tonight.

- Lists of unconnectable towns and industries are now stored in save games, to prevent wasting time retrying connections when the game is saved and loaded. Thanks to Brumi/SimpleAI for the list/array conversion code.

- Figured out the correct filename for the changelog.

- The connected town list is now cached, and only recalculated on loading the game or building new connections. This should greatly improve the AI's response time, particularly later in the game.
- Added more company, director and train names.
- Readded statue building.

- Sometimes, bus and mail services would not come close enough to depots for automatic servicing, resulting in low reliability. To combat this:
- Road vehicles with poor reliability are periodically sent for servicing manually.
- Additional road depots are built in large cities.

Nice work on the IA, it is really interesting to play with.
I have 2 questions:
CivilIA tends to build airports early in the game, which can be pretty suicidal when infrastructure costs are on. Deactivating planes for IA players is a solution to this problem, but could it be possible to make CivilIA take this setting into account? (if infrastructure costs are on, do not build airports, or build airports only when it is not suicidal to do so)
Does CivilIA cares about the weight factor setting?
Some screenshots of mine...
Top

The AI doesn't take either of those into consideration, currently.

The cargo weight factor is not currently considered, bur it probably could be; I can see how a very high weight factor, combined with a NewGRF that provides both low-power locomotives and high-capacity wagons, might be a problem. It wouldn't be difficult to vary the minimum power requirement and/or limit the train capacity. Do you have some examples (either screenshots or savegames) of trains which have struggled?
Pikkarail.com blog | Patreon
Current development: UKRS3 - Av9.8 - TaI32 - CivilAI
Dev reference: NML Specs - NewGRF Specs - Savegame Internals - NoAI API - NoGo API
Top

CivilAI will now check for other company HQs, and avoid setting up in the same town.

Trains:
- Improved locomotive selection for trains, taking freight_trains setting and hill steepness* into account (thanks arikover).
- Trains will have brakevans before a certain year (configurable, default 1965), if a NewGRF provides them.
- Version 12 occasionally built a sharp 90 degree turn when building passing places or retrying a blocked route. To address this:
- AI removes passing places with 90 degree turns (if 90 degree turns are forbidden).
- If no passing place is built, one train will be built instead of two.
- When retrying a blocked route, the AI will backtrack three tiles and build a straight rail before continuing, to avoid constructing 90 degree turns.

Maybe I'll take a break before adding any more big features, like trunk railways between cities or ships. It's just too easy to spend all day tinkering with this stuff.

EDIT: I like this, not even snark, keep this feature 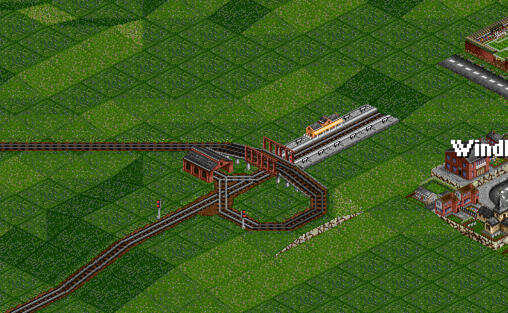 Thank you for having taken into account the weight issue, and having corrected it. Before, with a weight factor of 5, CivilAI always chose UKRS2 0-4-2 Tanks to haul 120 tonnes of coal, whatever the profile of the route. Now, for a short route with 3 height levels difference upwards, it chooses a EE 10000 Diesel instead. It's a bit exaggerated, but it works perfectly.
Sorry for not having been able to provide screenshots in time, and thank you for this fix, and for this AI which is really interesting to play with.
Some screenshots of mine...
Top

Uhoh, Version 14. The big NEW FEATURE is this version is ships, which are currently limited to passenger ferries. Cargo ships to maritime industries coming soon (tm). It's a big update, so let me know what you think or if there are any bugs or strange behaviour.

Also, this AI now uses a custom fork of the road.pathfinder library, so make sure you get that too (it should download the library automatically if you use the in-game downloader, I think).

Version 14:
- Fixed a bug in introduced in v13, which was preventing the AI connecting small towns to expand its train network (oops).

- Added ships:
- CivilAI will now build docks at town bus stops, and passenger ferries between and within towns in its network.

Road Network:
- Finally revised the oldest and hackiest part of the AI: replaced the cross "spikes" at bus stops with path-based loops.
- Forked the standard road pathfinder to add pathing cost for drive-through road stops.
- Bus stop placement in towns is now more randomised, and the AI will avoid placing stops near existing stops (of any company).
- Added a stricter attempt limit for road pathfinding, and visualised pathfinder progress in the debug log.
- Made the AI more bridge-happy.
- Various other bug fixes and tweaks to pathfinding and record keeping.

Won't load on a fresh install, Pathfinder.CRoad depends on Graph.AyStar version 6 but it is not listed as a dependency.
He's like, some kind of OpenTTD developer.
Top

peter1138 wrote:Won't load on a fresh install, Pathfinder.CRoad depends on Graph.AyStar version 6 but it is not listed as a dependency.

I've got infrastructure costs enabled. Seems to be very common that a CivilAI is going bankrupt after a year as they build unaffordable airports, sometimes only one.
He's like, some kind of OpenTTD developer.
Top

peter1138 wrote:I've got infrastructure costs enabled. Seems to be very common that a CivilAI is going bankrupt after a year as they build unaffordable airports, sometimes only one.

Turning on "Disable aircraft for computer" will (or should - I'm not sure I've ever tested it!) prevent CivilAI building airports. Infrastructure maintenance costs are GRF-adjustable, so I don't want to assume that just because the setting is on that airports are untenable.
Pikkarail.com blog | Patreon
Current development: UKRS3 - Av9.8 - TaI32 - CivilAI
Dev reference: NML Specs - NewGRF Specs - Savegame Internals - NoAI API - NoGo API
Top

Just a quick bug-fixy update, before embarking on any more major features.

On the other hand, since there is already an exhaustive set of solutions to the problem (you can turn infrastructure costs off, or you can use NewGRFs which reduce the costs, or you can disable aircraft for AI), is there any reason why AIs should go out of their way to quietly conceal game-breakingly silly airport maintenance costs? At least, unlike inflation, infrastructure maintenance costs aren't on by default.