My favourite scenario of The Netherlands was:

1. Too small to place all the pretty eyecandy that has been made in the recent past (and coming in the future).
2. Not available in Arctic climate (so no pretty snow versions of the above eyecandy)

From this I could make new scenario's in various sizes and climates.
These I will put in the next few posts. 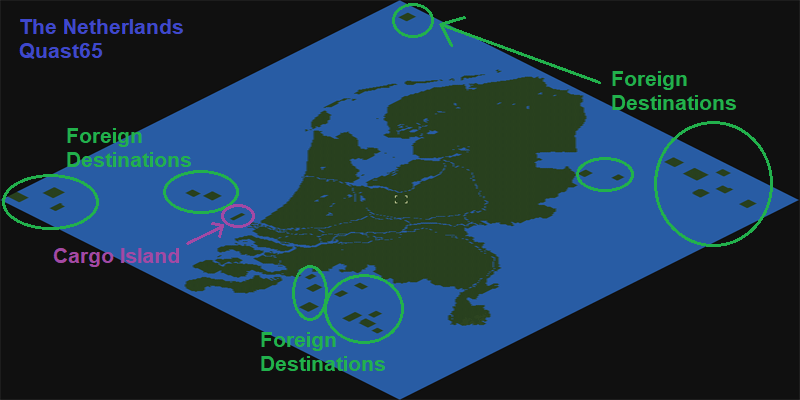 So, its The Netherlands, completely surrounded by water.
I added a couple of islands, so that there are foreign destinations for airplanes to fly to (and also for international trains). Those have towns named after countries/regions.
I also added an island off the coast (inside the purple circle). That can be used to place an industry-chain to produce for example goods and/or food. To provide cargo for ships to Rotterdam Harbour.
If you dont like this stuff, just remove it in your scenario-editor

So really for the eyecandy players

A blank canvas that can be painted in how you like it, enjoy!

Here are the sources (no scenarios in this file) I used to make the scenarios (Heightmap & txt's with the coördinates of the towns and signs):