Here is my best try at a map of Portugal. I've seen some people in the past had the intention to do this, but because they haven't done so, I tried it myself.

I attached the map, hope the upload works. I'm not familiar with the OpenTTD forums (and not an experienced player in OpenTTD).

- The map starts in 1975, the year after the dictatorship collapsed.
- It includes continental Portugal, the Azores archipelago, the Madeira Archipelago, and some spanish territories, all the way from Ferrol to Cádiz. It also includes a slice of Cornwall (UK), Britanny (France) and Casablanca (Morocco), mostly for boat fun.

- Major rivers included (Tejo, Douro, Sado, Guadiana, Minho, Lima, Cávado, Ave, Mondego), some smaller ones too.
- Biggest cities included, lots of towns and smaller villages, I couldn't place them all, but I tried populating the landscape in a balanced way, so that the urban areas of Lisbon and Porto are much more populated than Alentejo and the Trás-os-Montes region, for example. The map holds almost 2 million people. I tried to portray the north with many small towns all over the place, and the south as more scattered cities, a conventional way to describe the country.
- There were SOME attempts at placing city bridges in a realistic fashion. I didn't include the Vasco da Gama bridge in Lisbon because it's so big that I thought it would be best to leave it to the player, maybe one can sort a more efficient design.
- About 90% of industry was randomly placed. I chose randomly placed because I was afraid to make the map unplayable somehow.
- Most geographical features of interest are labelled (rivers, islands, mountains).
- Realistically placed lighthouses (surprisingly, Portugal has many, I hope I included all of them). 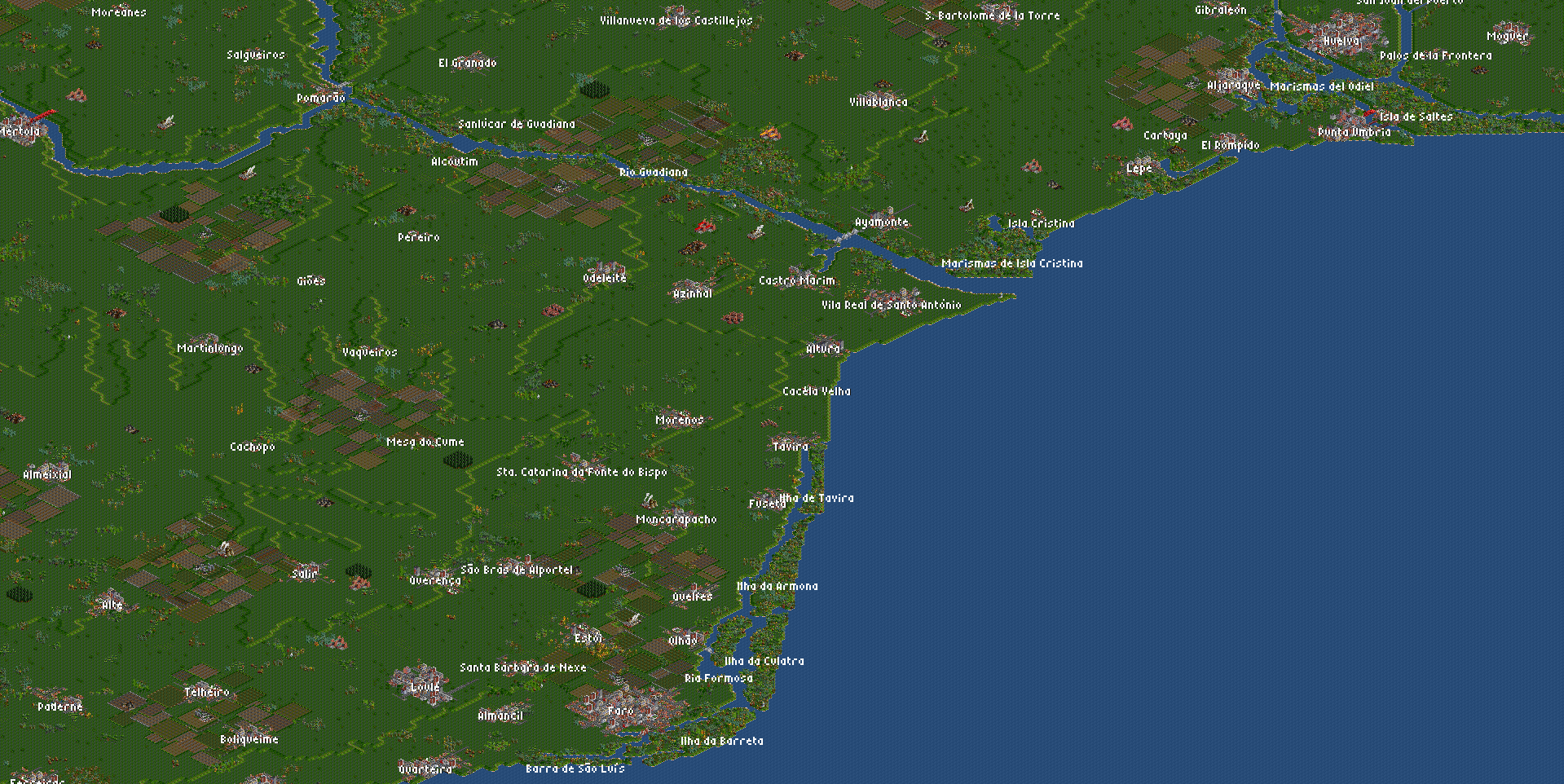 This took a while. I used a heightmap, then smoothed it ingame. I couldn't find a good heightmap of Azores and Madeira islands, so I had to draw them manually. In general, I went about placing cities while looking at google maps on my phone, so it's not perfect, but I tried hard. Inland cities were hardest, but everything by the coast should be correct. If I felt like a zone was empty, I would just zoom in and find a town name to fill that void. So you might see some real life village with 5 people that is represented. I've been working on this since the pandemic broke here about four months ago, it was both tedious and fun.
Top

Hi, this is a great job!
I've started some time ago a map of Portugal, but really is a boring work... Fantastic you made it!
I will try, usually I play with rail systems, and I will send some feedback.

Once again, thanks (obrigado!)
Top

I will download it.
I have tried to do a more realistic version of Brazil but it's really hard to focus and finish because it's a lot of work.