I have created a new 2048x2048 scenario centred on Mount Fuji. Stretching from Hachiouji in one corner down to Chihama and Omaezaki in the opposite, this scenario covers Mt Fuji and its five lakes, the Izu peninsular, the Fuji and Ooi rivers, and the cities of Shizuoka, Numazu, Fujine, Odawara, and Koufu, among others. Cities, rivers, lakes, and industries are all hand-placed.

This scenario provides room for a wide variety of networks - from busy urban commuter lines to winding mountain railways. You could recreate the stunning Oigawa railway from Kanaya to the Ikawa dam, The Izu Kyuukou line along the coast of the Izu peninsular to Shimoda, or the Toukaidou Shinkansen from Odawara to Kikukawa.

This map is more densely populated than my previous Hokkaido scenario, so should suit a variety of playstyles. 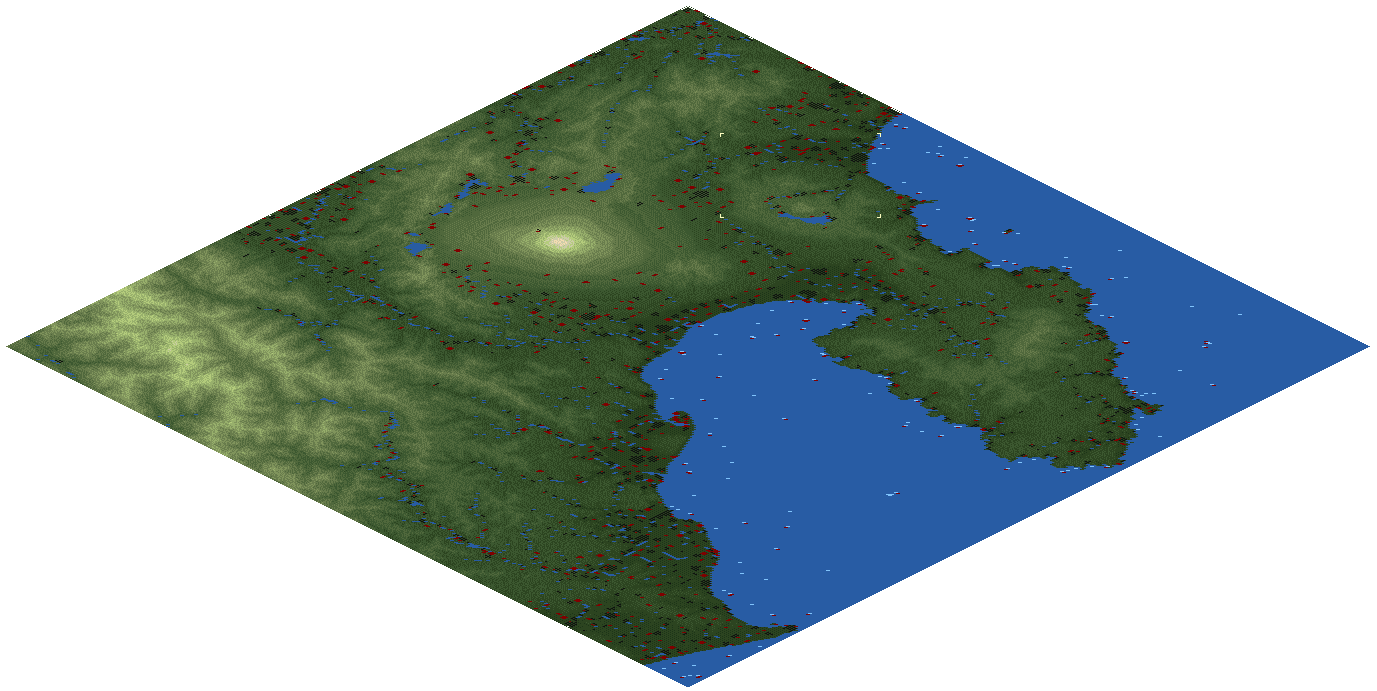 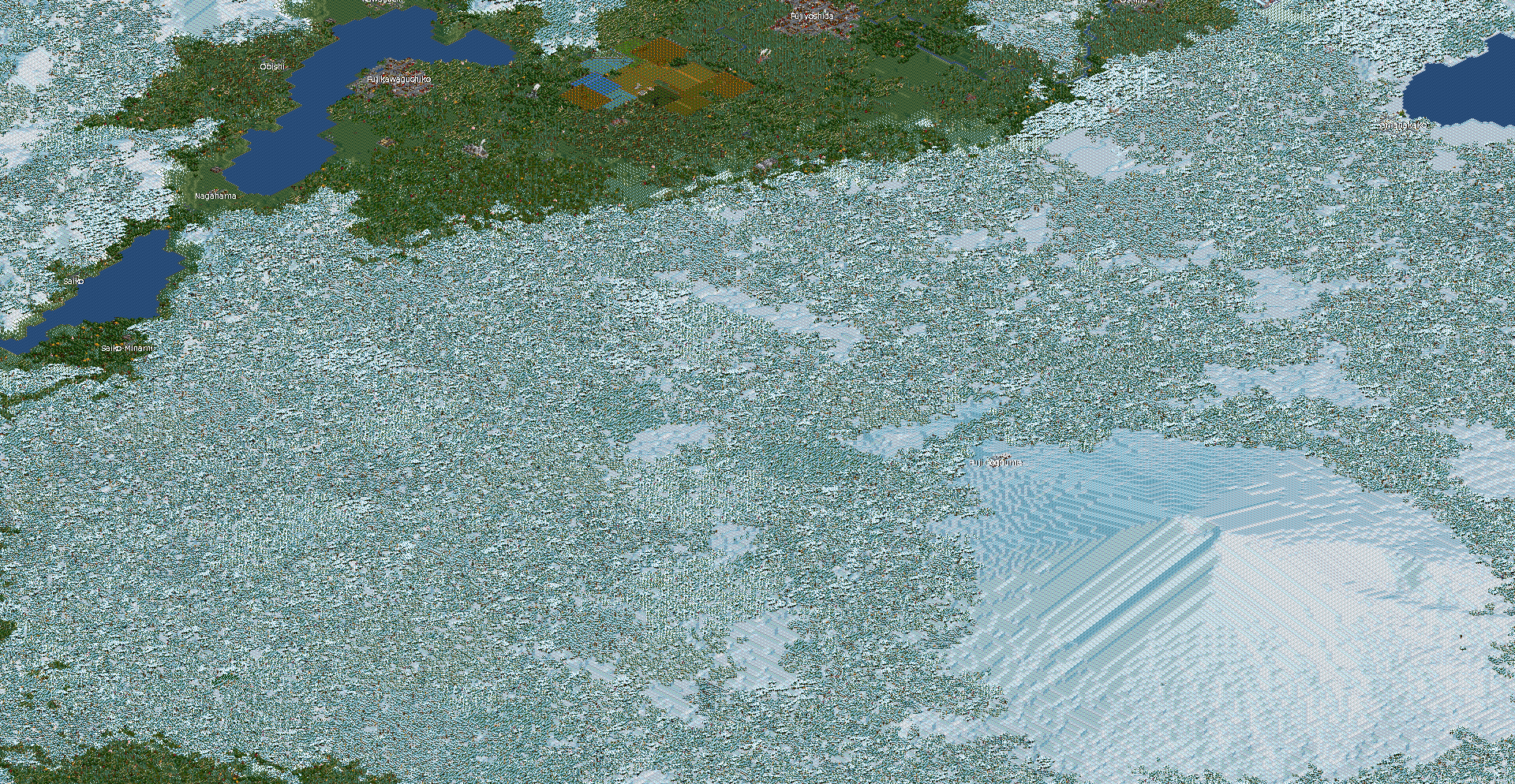 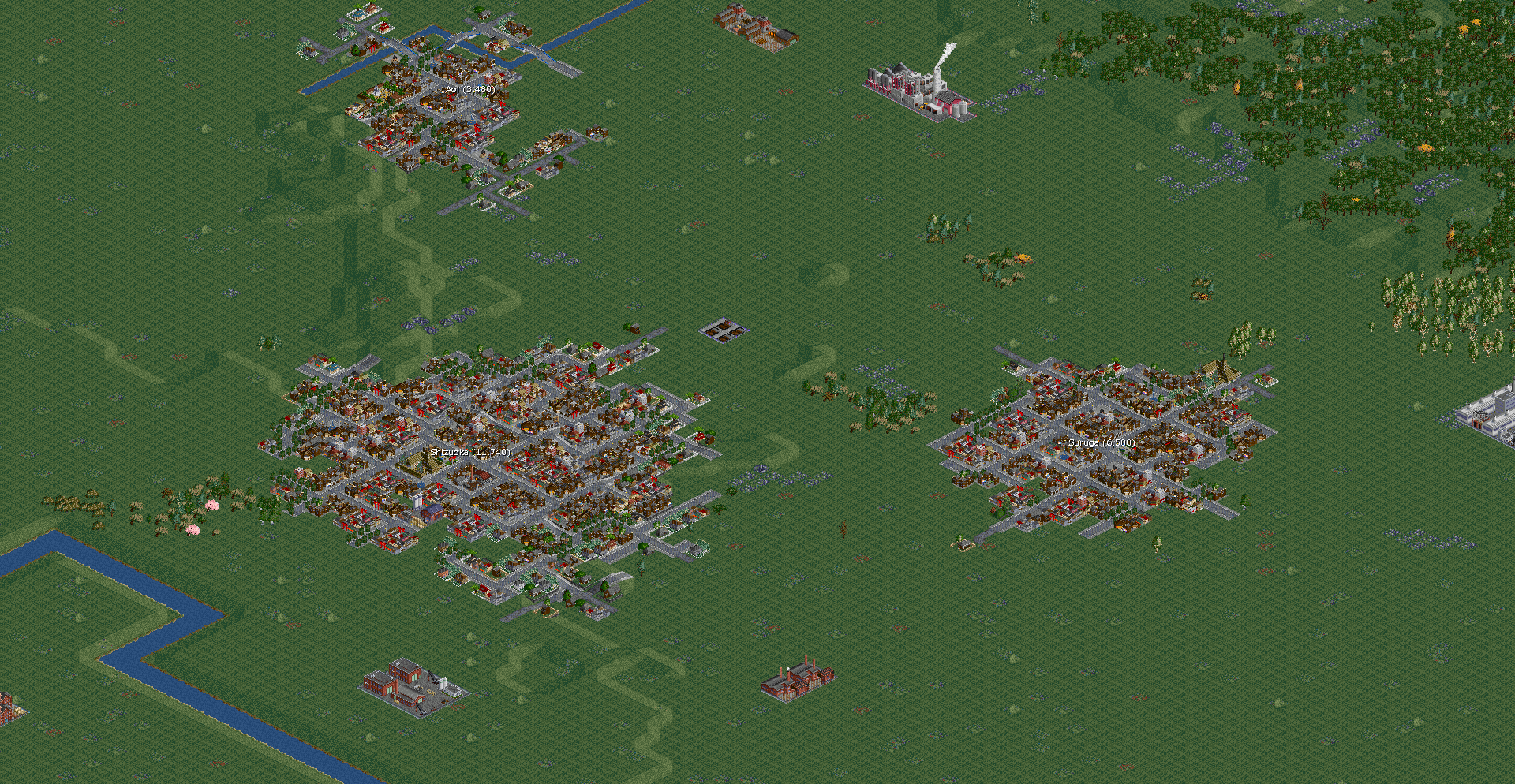 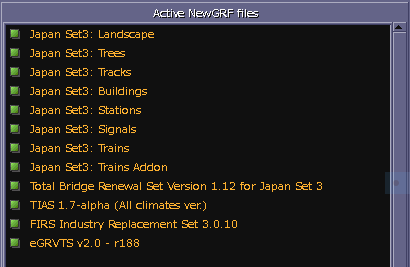 PLEASE NOTE: As this is an Arctic scenario, you will need a modified version of the TIAS grf which makes the trains available in all climates. Since it seems to be available under the GPL v2, I have attached mine for convenience - if anyone wants the source code (or if you're the author and want it removed), please just let me know (though it's nothing more than a quick find + replace job). Alternatively, the scenario will load fine using the original - you just won't get any of the fantastic TIAS trains, which would be a shame.

I haven't had time to play this scenario myself yet, so I would welcome any feedback from anyone who does give it a go. Any comments on the industries would be especially welcome - are there enough? Are there too many? Are they spread out well?

Finally, apologies for all the trees. I keep them invisible normally, and hadn't realised they grow automatically in the scenario editor. If any of the developers would be kind enough to add a "remove all trees" option to the scenario editor, I'll fix it (and owe you a pint

tias (Modified for all climates).grf
The TIAS newgrf, modified to support all climates. As TIAS is available under the GPL v2, just contact me if you want the modified source code - though I really haven't changed much.
(2.31 MiB) Downloaded 175 times

It most certainly interests me, I've downloaded it. What must I do to activate food, please, do you know? I'd like the town growths to depend on its deliveries.
Top

trainrover wrote:It most certainly interests me, I've downloaded it. What must I do to activate food, please, do you know? I'd like the town growths to depend on its deliveries.

Sorry for the late reply! Hopefully you've already figured it out, but if not - cities above the snowline require food to grow, while cities below do not, so you could go into NewGRF settings and change the parameters for the Japanese Landscape GRF to make the variable snowline lower. Alternatively, there are lots of Gamescripts you can find in online content which will probably do what you want by making town growth dependent on delivering specific cargoes.
Top

I wanted to thank you for sharing this scenario, it provided me and some friends with countless hours of fun, and it s still going.

I though you might like to see a little what we have done with it so here are a couple screenies.

Also you seem to have wished for some feedback :
- This is probably one of the best "real" scenario map i ve played in openttd, you have choosen probably the best scale possible for this game, i m here talking both of max height and the scale choosen (seems to be something between 150km² and 200km² for that 2048² map)

- the industries placement, this i have no doubt, it s the best i ve played ever. we added NAI script for town growth so we needed to develop (supplies) and use pretty much all industries in order to grow most of the towns.

The industry placement is really well balanced, and some area are truely needing to exchange with other region in order to fullfill all the needs.

The south flat land having more farms have been so handy and challenging at the same time as i used part of it to feed the Tokaido line with freight trains going up until Odawara (i had not enough food in that area once towns grew to a nice size).

So in other words , your industries are very well spreaded, their quantity is very good (then it can still be up to the player to finance more if they really want/need more...or if they find there is too many, to use magic bulldozer )


disclaimer : we had to erase all the trees at some point via the scn editor, but only cause it made the game size way too big to have trees everywhere. That s the reason some screenshot barely show any trees, they just haven t been replanted since

Thank you! The Japanese game you played last year, in the Tin's Server Screenshots thread, is actually what inspired me to have a go at making another Japanese scenario, so I'm really glad you like it.

How did you manage to remove all the trees, though? That was one thing I wanted to do, since there are far too many, but I couldn't figure out how.

I have been playing this map on and off for a while myself, too. I haven't got anywhere near as far as you guys yet, but here are a few screenshots in case anyone's interested.

JR Central, 5th May 2000.png
Shizuoka Station, where I first started building. The privately-owned Nishi-Shizuoka Railway (Nishitetsu) connects the main Shinkansen terminus at Shizuokaguchi to the rest of the city.
(1.06 MiB) Not downloaded yet

I have to say this is the most fun I've had in ages with this map and scenario. So much potential to create different levels of passenger service such as s-bahn and intercity. Freight distribution also gets interesting with distribution nodes. I've barely scratched the surface building an s-bahn around Hachiouji but I've got it running on a scheduled dispatch timetable. You might enjoy this small selection of screenshots.


romazoon wrote:
I wanted to thank you for sharing this scenario, it provided me and some friends with countless hours of fun, and it s still going.


I also had hours of fun with your French game and i'd probably give my right arm to get the save your Fuji game! Totally understand if its not possible! 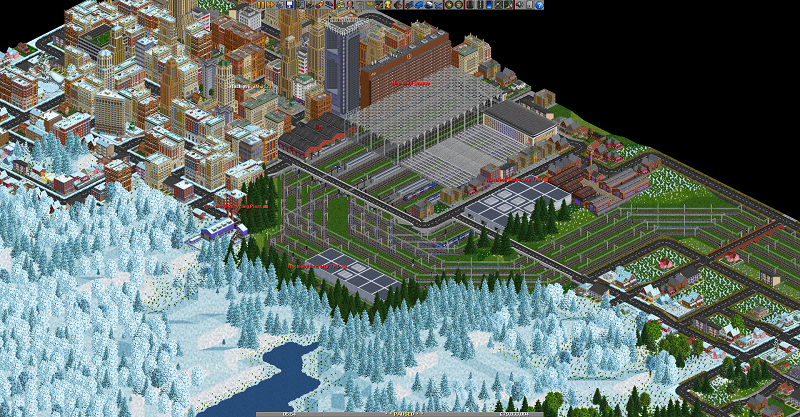 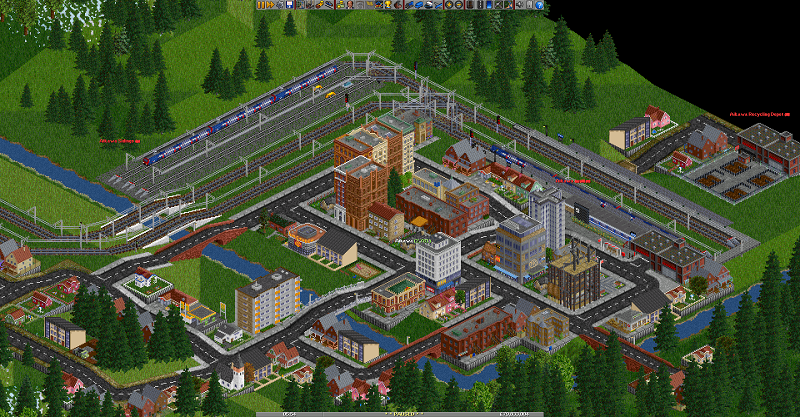