Gazeebo: Those junctions look fine, they should be able to handle dozens of trains.

With the coal station, I think you're referring to pre-signals (not PBS, which isi a lot more complicated). A Pre-signal at the entrance to a station yard will be red if -all- two way signals at the start of the platforms are also red.
http://wiki.ttdpatch.net/tiki-index.php?page=Presignals

JGR: Fantastic game. If you're running out of space, you could save some by turning off vehicle break-downs and getting rid of the manditory depots you have everywhere. It'd also mean your trains will get from A to B faster.

Trev: Ok =)
I have just updated all junctions and also I started using PBS on stations.
So they can both enter and leave the station at the same time. And that did increase my income by a small amount.

Attached is the latest version of the game wich also shows all the iron ore connected to a steel mill.


I guess now I should start learning how to fill up my entire map with tracks and trains.. I've done a few savegames wich I found here and I had to buy a new jaw ! Dang.. I was really amazed by all the posibilitys but I don't think I wil be able to make those kind of things for the next few years heh.

With the brilliant new tropic set version 1 being released, it is time for a scenario to use it in!

The land of the four rivers (Cuatro rios) has been a troublesome area for centuries. The French, the Spanish and the English have been fighting for this land, rich in mineral resources. Only after the turn into the 20th century, the fights have calmed down and peace broke out after the land was devided in a summit to end the war.

The Spanish got the Northwest, where the land is dry and most of the villages are nothing more but a couple of sheds, giving a bit of shade from the sun, for some local farmers. The saloon and the watertowers are the essential institutions to survive here.

The French however, got the East, most of the land is thick jungle, hard to fight your way trough. Couple of the nicer towns are along the coast, but the rainforest keeps them well separeted from each other.

The English didn't do too well during the fights and only managed to occupy a couple of Islands in the South. Those are nice spots however, perfect to take some holidays. A couple of natural resources here means, that the English are well interested in having the infrastructure rebuilt quickly.

So, you've got the choice. The land is crying out for help in rebuilding roads and rails. It's up to you to decide, whom to help first.
Ferrys and other ships might be a good choice too to ship some of the stuff along the rivers, where as aeroplanes might be the perfect choice to bridge the long distances in the French territory and to avoid the deep and rainy forest.

BTW, There is a small problem with the coalmines. Rather then coal, the produce rubber, but the Powerplant still accepts it. Just watch out when buying your transport equipment. Sorry for that.

There's no such thing as too many Tropical scenarios.

Here's my own contribution:

There are no specific challenges; it's simply a little bit (sometimes more than a little) of everything that the tropical climate has to offer - hence the name - on a crafted map less sucky than the game generates itself.

No specific grfs are required (although Aegir's mod of Zimmlock's TTRS2 is recommended: find it here), and no grfs were harmed in the making of this scenario.

TRP78_sb.SV0
EDIT: I originally uploaded the wrong file. This is the correct version. Sorry about that.
(271.49 KiB) Downloaded 390 times

Rob wrote:My game, as requested in another topic.
This also contains my used GRFs.

Rob, That's amaizing butdoesn't bothers you that it rusn slowly? It took me a while to get cross the map.And what a scarry ammount of trains do you have there. You even deconstructed my house to make room for some trains. On the other hand if this was in real live it would be easy to get from bergen op zoom to school in vlissingen

Having been absent from the community for a good amount of time, I may be using outdated grf's, old test/alpha grf's, or even grf's that no longer exist.

Any problems, drop us a PM or whatnot.

Posted above. I knew I had forgotten something

Allright. I decided to post my savegame of my japanese scenario.

It is now in 2009 and most of it is built up. Only one little branch line remains to be built and a couple of corrections here and there, as they are spotted.

Here is save, config and a map overview, for you to see what is awaiting you.

1975, I'm a bit broke because I sunk all my money into some BR103's for the main north express line. Commuter trains are all in the process of being updated to electric trains, and regional trains are being replaced with 614's (marvellous trains).

ET-87's are all scrapped (none saved), the last BR01 ran on the mainline in 1974 (no more mainline steam), and a museam saved the last BR01 in running conditions up on the Dathill branch.

Celebrate the year of my birth!

VT-08's have recently been withdrawn, as well as VT-95's. V160's and V200's carry the non-electrified traffic. BR111's have been introduced to carry commuter passengers on the crowded central-S Bahn line, whilst BR420's and ET-30's carry most of the other commuters.

Also, as of this point, over 3.4 million passengers have been moved since 1921.

Here's the map I will be using for my new game, with the UKRS. Mostly for Skiddles benefit, but if anyone else wants to play on the same, random map as my game, and compare shots in the screenie forum, feel free

P.S. I'll post the final savegame from my last game a bit later.

just thought I would upload this out of interests


edit: before I forget, I have breakdowns set to be off and that the road bridges around town are due to having the flag enabled for trains to slow down before road crossings, and accerlation is set to 3333. cheers

I have created a new DMR-based scenario, this time it is the city of Pilsen (Czech rep.) and it's neighborhood. I tried to keep it as realistic as possible, so there are some industries missing (oil rigs...), however the ECS should handle it due to it's variability.

Some notes and recommendations:
- try to do no major terrain changes
- potash mines represent pyritic slate mines
- there may be few free slots to add some industries. Shipyards, oil wells, oil rigs and limestone quarries are unrealistic in this case. There may be more minor breweries, but because of the way game limits their appearance, I was able to plant only one major brewery. You may give it a try...a textilera is also missing but may be founded.
- the city is a major railroad hub, with main station located eastwards close to industrial area by the brewery. There is enough room for it.
- have fun 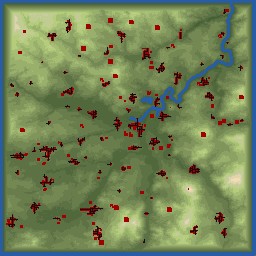 lot of little changes and some new routes just built

edit: road diesels finally arrived so I put them in a 8xx numbering series .. and am still too lazy to rip down all the unused wires!

check http://users.tt-forums.net/vasuki/saves.html for fourth and any future saves from me (and yeah I numbered them in order now)

I posted the basic verision of this awhile back, but it's been revised and tuned up. It was designed with the North American Building Set, TTRS2, and Pikka's UKRS Industries. Train set is recommended to be the UKRS but any will do that's compatible w/new cargoes.

It's a relativly easy scenario compared to my other ones, but it's a challenge as well, esp. w/the UKRS.

Heres my current savegame. My aim is to get a full network. Heres my savegame and cfgs

Formerly known as r0b0t_b0y2003, robotboy, roboboy and beclawat. The best place to get the most recent nightly builds of TTDPatch is: http://roboboy.users.tt-forums.net/TTDPatch/nightlies/
Top
Locked
1272 posts