Doing really weird things, lights going out randomly (with an accompanied alarm), phantom faults coming and going.
When you're on your own in a silent, cold, dark yard... it spooks you out to no end

I hate prepping trains after an isolation. Always guaranteed something will be a drama

In other news, Kings Cross PSB signalled its last train out of the station last night, and as of Monday all operations will be done by York ROC.
I'm fortunate enough to have got a couple of tours there before and it was incredible to see the place in action. A shame the building can't be turned into a museum or something.
My Photography - YouTube
Top 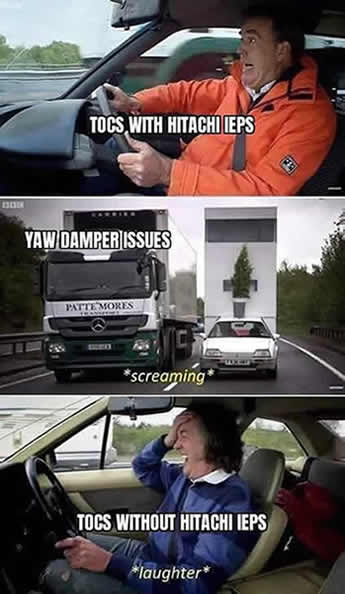 Pilot wrote: ↑08 May 2021 19:34 You guys with your fancy non-Hitachi trains must be loving all these Green signals

I'm on leave but yes! I imagine stuff has been flying throug Hitchin Junction, Digswell, Woolmer Green, and in the Cross

A train station in the county of Cheshire, England has partially collapsed, or at least the roof has. No injuries are reported at the station in Northwich, which occurred just before midday.

Does make me wonder if someone slacked on the maintenance or safety inspectoring here... 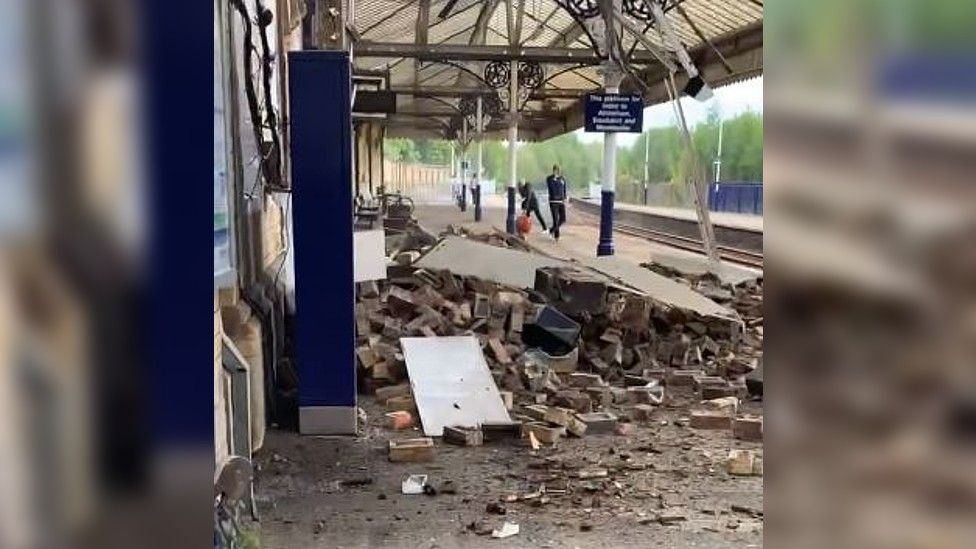 They missed out by just 21 seconds!


A great shame for all on board, but still a fantastic achievement considering the APT could reach speeds of 140mph, but the Pendolino's (aka, AlanFry Express Units) plus infrastructure have a maximum of 125.
My Photography - YouTube
Top

Today is the last day when a Tatra T6A5 trams are operating in Prague.

DPP (the Prague city owned transport company) owns last 6 pieces of them, one will go to the public tranort museum in Prague, two will be preserved for special occasions and the last three will be scrapped or sold to other cities, both of those actions were done with the previous trams too. An article about it: https://praguemorning.cz/historic-pragu ... rculation/ and a wikipedia article about T6A5:https://en.wikipedia.org/wiki/Tatra_T6A5.
Most people who rode this tram will agree that their electric equipment sound is one of the most beatiful ones, maybe even the most beatiful. I have also found a interesting video with shots of this tram:
Are you an eye candy player? Check out Invisible engine set! viewtopic.php?f=67&t=88934
You can write to me in English, or Czech.
Můžete mi psát česky, nebo anglicky.
Top

We in Prague are finishing new tram loop "Zahradní město"... The loop will be in nearby of new railway/tram/bus terminal with same name.

Also, it seems like our nostalgic tram line 23 will not operate soon. The DPP got rid of some trams, which used to operate there. I hope, they will at least leave one of every kind of trams from the line for our public transport museum...
Are you an eye candy player? Check out Invisible engine set! viewtopic.php?f=67&t=88934
You can write to me in English, or Czech.
Můžete mi psát česky, nebo anglicky.
Top

The Norrbotniabanan (EN: North Bothnia Line) has been approved for final construction (some sections began construction a few years ago), which will ensure Luleå will have high-speed rails all the way down to continental Europe. In Luleå, this will connect to the Haparandabanan stretches to Finland and Sweden's connected border towns of Tornio and Haparanda. So, essentially, you'll be able to travel North of the Baltic Sea by train, most of which at speeds around 250 km/h!

Off to blackpool tomorrow for a date, but aaaah. From me to Blackpool is 3 hours using trains, or for 2hrs10 i can go to London! Shove another 60ish minutes (for Gatwick Express) or 90 minutes (for Thameslink), and I can get all the way to the south coast of England in Brighton! I do love the nuances of rail travel in the UK. At least living on the ECML instead of WCML gives me cheaper tickets to London.

Redirect Left wrote: ↑09 Sep 2021 22:08 At least living on the ECML instead of WCML gives me cheaper tickets to London.

And we are the superior line...

Redirect Left wrote: ↑09 Sep 2021 22:08 At least living on the ECML instead of WCML gives me cheaper tickets to London.

And we are the superior line...

Unfortunately not for the stability of the train operators! Although it looks like LNER will be longer than GNER, which is a pretty good achievement from the last few! Hopefully when it gets ditched in 2025 they have some franchises that don't overpromise and underdeliver to the point of just going bankrupt rather than deliver. I'd personally love to see Virgin Trains revived except now on the ECML, although I suspect Virgin Group will be wary given the unceremonious events that led to them not getting WCML back and of course (10% part of) VTEC that messed up.
Outsiide of operators though, I do enjoy the ECML. Quick routes, cheap prices, aside from being super noisy motors the new Azuma trains are pretty nice too.

In rail news, a new operator named Lumo, by FirstGroup is going to start doing London-Edinburgh routes on the cheap! It'll ram itself up the ECML to Edinburgh through absolutely nowhere, except a little place called Stevenage (where?) and then Morpeth & Newcastle. With a single class of travel (I am all here for that, sick of seeing empty first class carriages and rammed normal class ones) and cheap fares. Although I'm not sure if the touted prices of £15(ish) are the normal or an advance fare. I'll be interested to see how that goes, operating on Class 803s.

I recently was at the Lago di Como, in Northern Italy/Lombardia, which had a tiny railway (Tracciolino) connecting two dams that aren't accessible via car to transport men/material between them. Nowadays you can just hike along the former line. It's one of the quirkiest bits of railway engineering I've encountered, I feel.


That tunnel is rather creepy, and I love it!