Aw, you're just saying that because I'm using your waypoints. 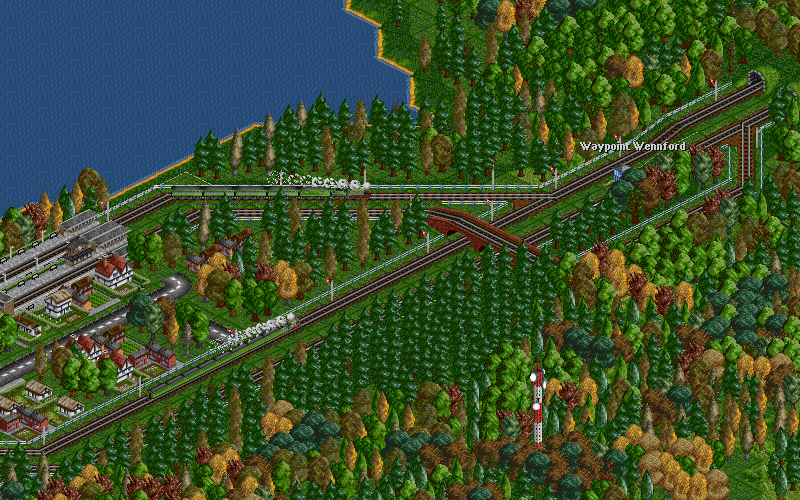 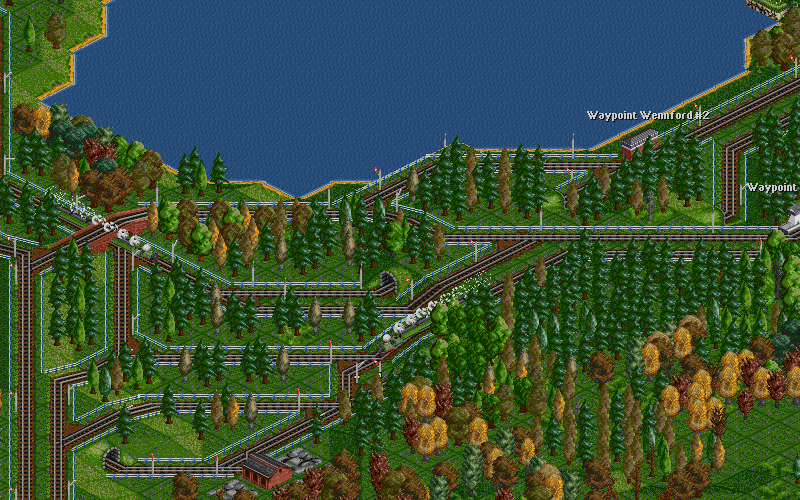 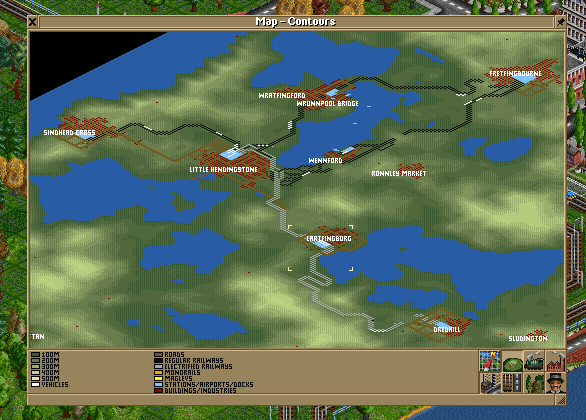 The map. The southern lines have been electrified, and now trains can go between Little Hendingstone and Fretfingbourne via Wennford. You can see from the roads that I'm determined to make the towns grow, whether they like it or not.
Little Hendingstone Transport, 15th Jan 1924.png (36.54 KiB) Viewed 14667 times 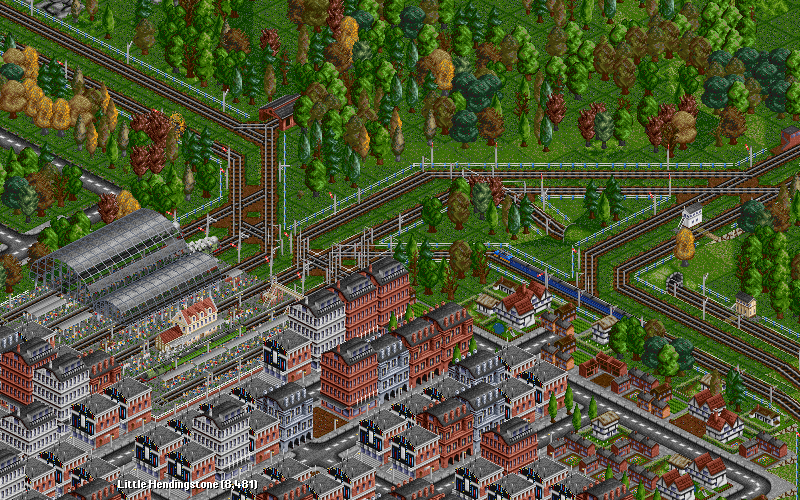 One additional platform has been added to Little Hendingstone's main terminus, and glass roofs have been installed. The partial electrification can also be seen, along with the new EE1-hauled train.
Little Hendingstone Transport, 4th Jan 1924.png (123.09 KiB) Viewed 14654 times 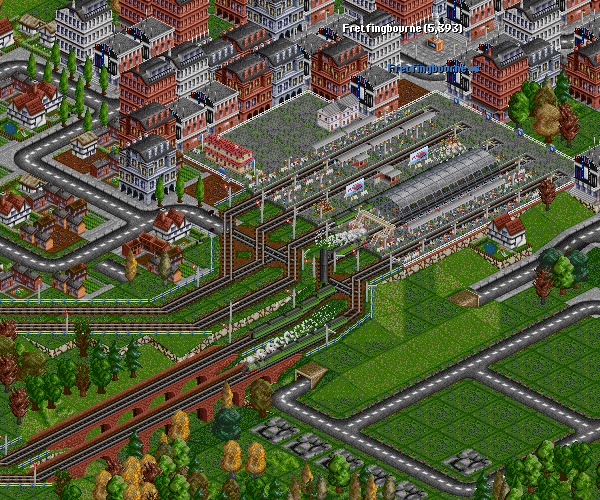 Fretfingbourne station was built in 1920, but it has been enlarged, and so is worth taking a screenshot of. It is now designed in the same manner as Little Hendingstone seen a few posts ago, with dedicated platforms for different trains.
Little Hendingstone Transport, 13th Oct 1923.png (86.69 KiB) Viewed 14660 times

I created this station this morning, and it's running well. No delays

I sat on a map I've been working on for a while and needed a break from it, so I built a couple of
4-way junctions to try differnet styles, some efficient, some just nice looking.
Most of these have already been built, but it was mostly for fun. But when I had seven or so
junctions close together I thought it would be fun to connect them and have a little "Themepark".
So i built a couple of stations and waypoints and 20 or so trains to go round it. Fun to se how they work

Heres my little double 2 way into single 2 way "hub", which is one of the core parts of my million dollar network

This is a game i was playing to test the junction i had made with quite a few trains.

(the roads were put there to encourage the towns to grow, there aren't any road vehicles in this game). 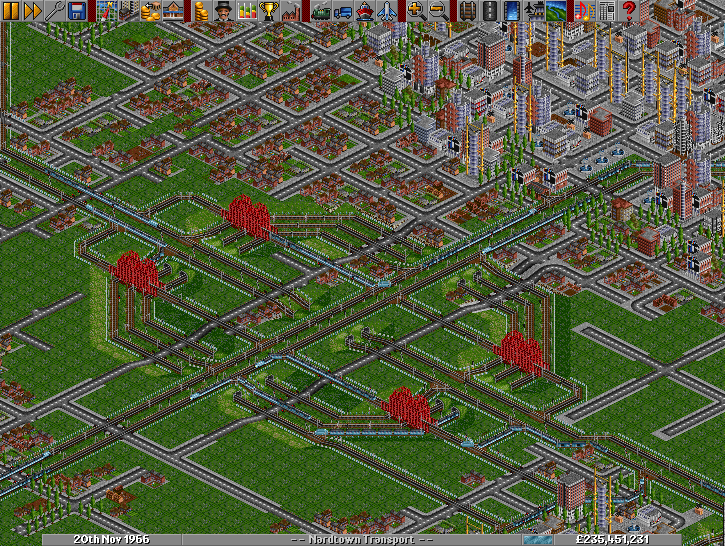 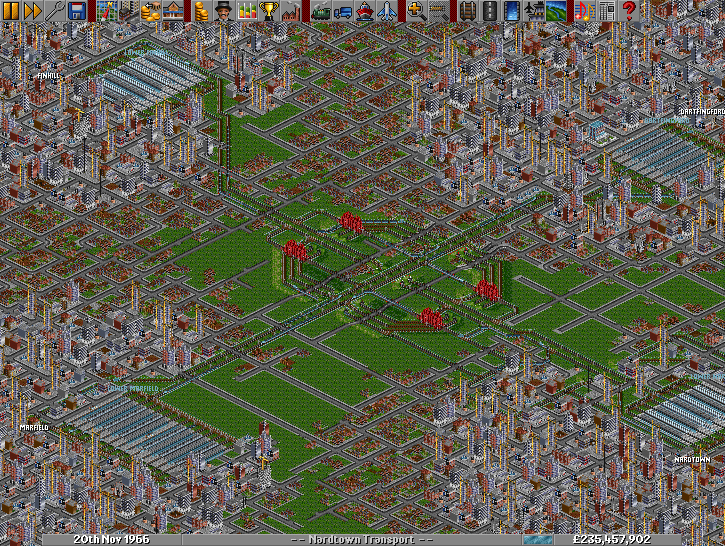 and some more. (bigger size this time so the detail can be made out).

Wrunnpool Bridge was perfect for such a design because most of it was above sea level. The main objective of this game is to grow nice, non-chaotic cities, which is tricky when towns seem to build roads where and when they please.

6 more screenshots. I haven't been able to extend my network yet. First I found out diagonal road crossings breaks PBS, the hard way, and then I found that one of my junctions had a deadlock (think twice if you're going to use flat branches next to terminus station entrances because PBS won't save you

Little Hendingstone Transport, 19th Jun 1928.png
Here's Wrunnpool Bridge once again. There's a new airport and dock, and the old train station has been throughly redesigned. Wrunnpool alone enjoys the luxury of all 4 modes of transport provided by my company. :)
(179.73 KiB) Downloaded 873 times 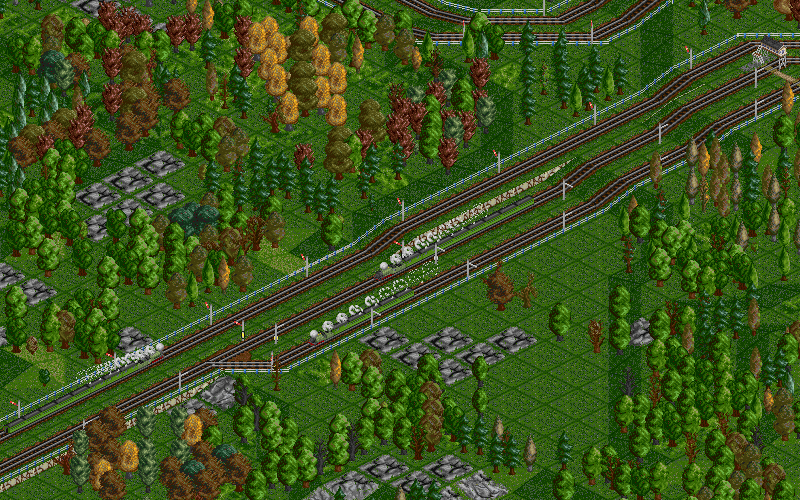 The introduction of a new 4-6-2 Pacific locomotive has led me to straighten up the tracks between Wennford and Fretfingbourne. A third track has been added for the slower 4-4-0s, and the priority signal system can be clearly seen here.
Little Hendingstone Transport, 26th Sep 1925.png (109.04 KiB) Viewed 14231 times 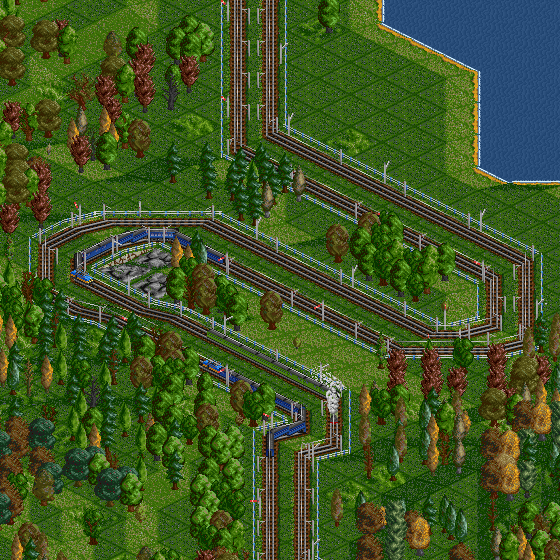 Serpentines like this one between Lartfingburg and Dredhill are very rare, and will remain so for many years to come because my company still doesn't do freight. It's also Dredhill's only link to the outside world.
Little Hendingstone Transport, 27th Oct 1924.png (83.14 KiB) Viewed 14231 times 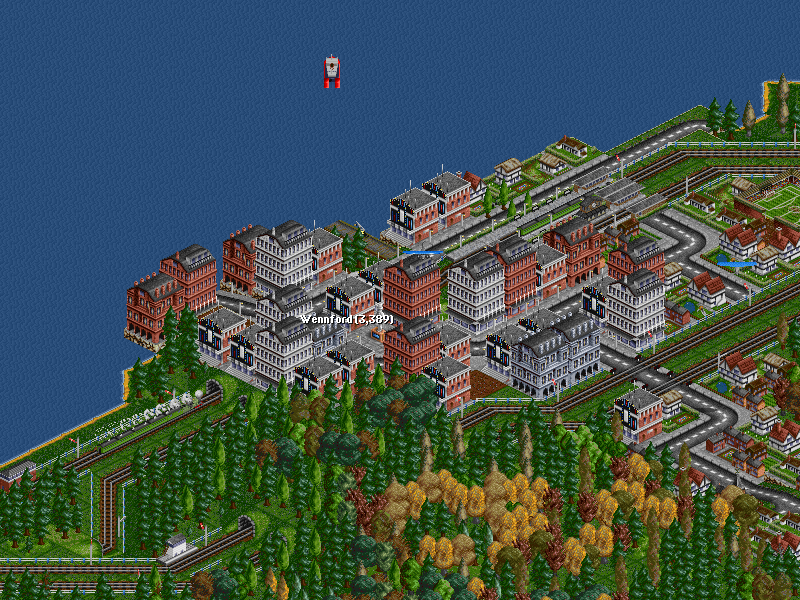 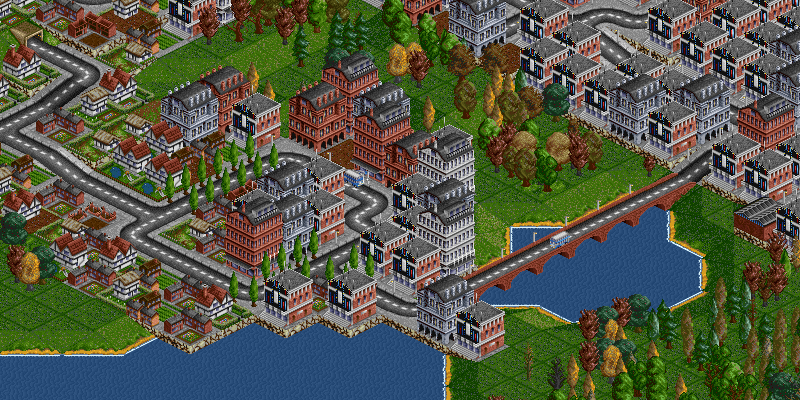 This small lakeside neighbourhood is attractive to homeowners as well as businesses. Unbelievably, it was designed 100% by the city, not my company!
Little Hendingstone Transport, 11th Dec 1928.png (93.92 KiB) Viewed 14220 times 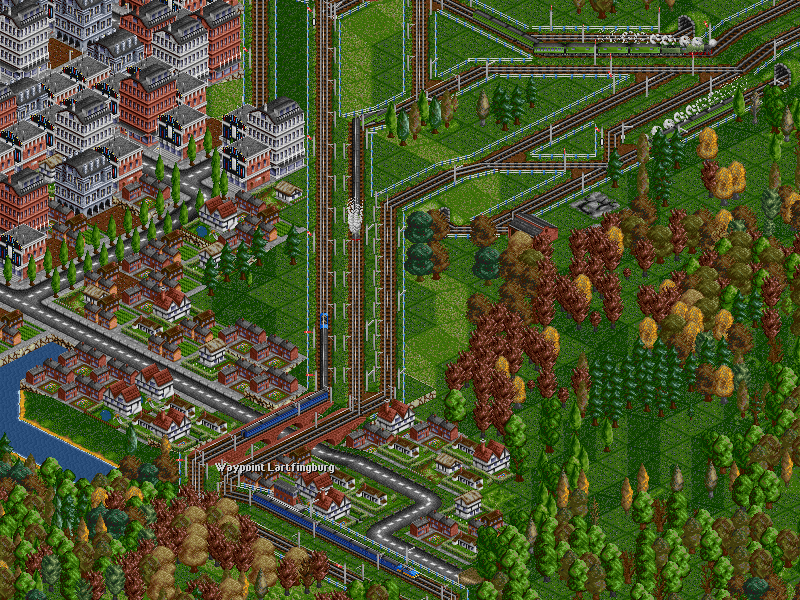 A pair of EE1s glide silently through this residential area while steam trains, including one of the new Pacifics, rumble past in the distance.
Little Hendingstone Transport, 8th Nov 1928.png (146.74 KiB) Viewed 14222 times

Cool White Rabbit! Where'd you get that blue plane in you third screenie?
purely OpenTTD
Top

All my planes are from the Aviator's Aircraft set: http://tt-forums.net/viewtopic.php?t=27993 The blue one is the Fokker F.VII.

ok thanks for the info! I hadn't noticed that plane before in av8
EDIT: Well, I might as well post a screenie of my own
feedback please!

Brundhattan Transport, 16th Jun 2017.png
This is the megastation to the title screen game i'm working on is this a good station design?
(665.6 KiB) Downloaded 583 times

A screnshot of my last game. This is the hub of my network. Theres around 30-40 trains delivering maize and fruit to this food processing plant, and roughly 15-20 taking foor to cities.

Also can someone tell me where the grf's for the station in BlasterTransport's screenshot can be found?

Two shots of my coal network. 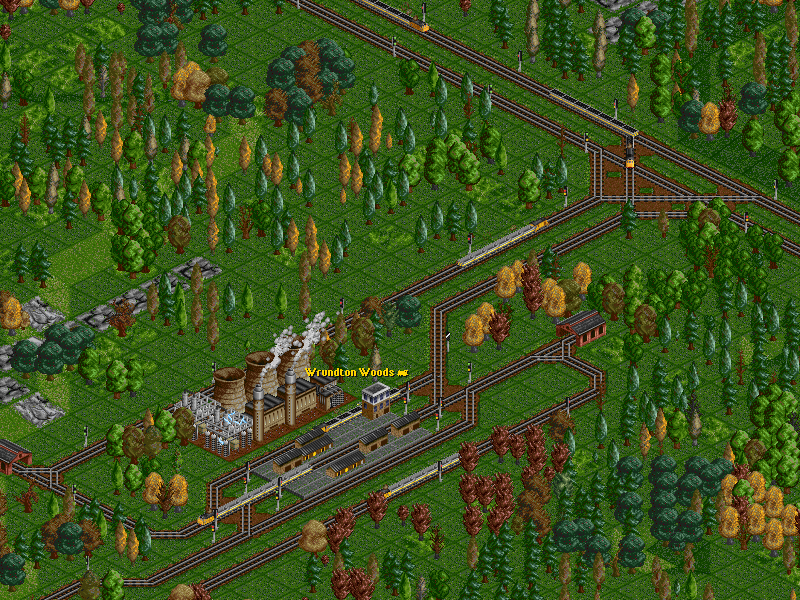 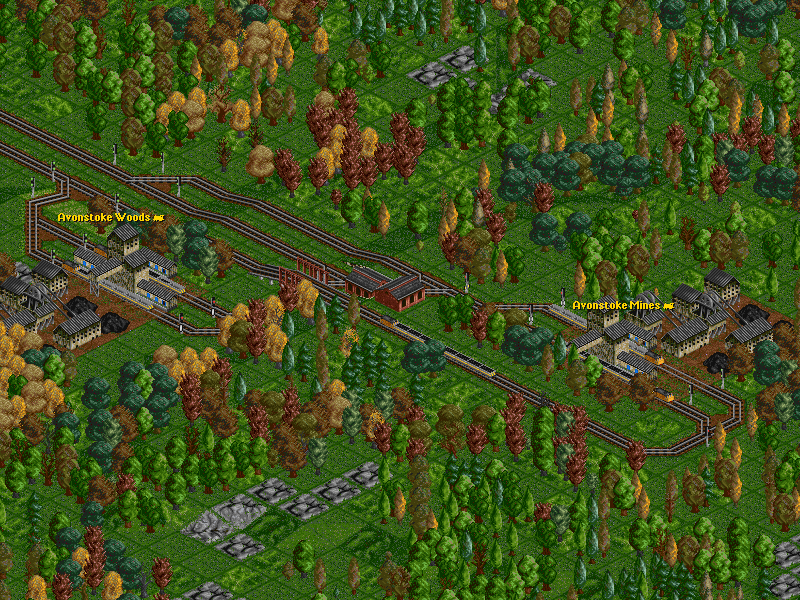 I started with 10 mil of a code, and ended with a track worth way more

Don't give up if there is still a chance!
Balance is the key.

Nice invisable trains you got there, Assile
Top