Screenshots of your games! All Transport Tycoon games acceptable (including TTDPatch and OpenTTD).
Post Reply
78 posts

Bit hard to keep a game running, my National Rail Swiss game has turned into a head banging unholy nightmare.

So I've decided to nick s*** from someone.

This map is old as balls, and was a common map design during TTDPatch. Since you couldn't make maps bigger than 256x256, you had to improvise, and thus, the Long Map was born.

So, what have I done? I've loaded Rai's old scenario, saved it as a height map, and made a bunch of quick and dirty changes to bring it in line with OpenTTD standards.

What can you do with this map? Pretty much close to anything. In fact, if you will check my first screenshots in here, they were on a longmap that Danmack made.

You're free to do whatever with this heightmap. I've debated making a scenario public, but that would be a headache to ensure grf compatibility and all that fun jazz.

Oh yeah, last thing, ships would make this a bit OP-ish and map size should be 256x256 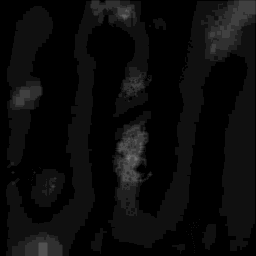 So the beach train and the express crashed, never let the mainline be used to shunt an engine.

At least I have a 0-6-0 freight in reserve, I can gang press that into service.

using the height map i posted, I've been running this scenario.

Pikka's Basic Industry and daylight do NOT get along well.

I've moved into air, and it reminds me and sorta saddens me on how early aviation with AV8 gets the short end of the stick.

really going at this game.

decided to see how high I can raise production rates in FIRS.

Day length is up by 10, so it's not that bad. At least it gives me a reason to use MASSIVE SHIPS without feeling guilty.


And yes, you read that right, 16,000 tons of metal a month. My metal trains take the metal to the metal plant across the map, refit to goods, and bring those good back to the yard for freighters to take to the port to produce more engineering supply to send to the mines to produce more coal and iron ore so I can make more metal to make more goods


It's a self feeding loop.

I regret picking such a small map, it's only been "16 years" but the map is packed up.

Black & Co., May 12th, 1917.png
the Lipsand Tarn Bypass and the old freight line can be seen in here, along with the high narrow gauge line over it all. 14 tile long metal/goods trains move through here. God help me
(844.54 KiB) Not downloaded yet

granted, the first electric engine in Iron Horse is sorta eh, but the wires will go up.

Black & Co., Jul 19th, 1920#1.png
The two Broadway Limiteds meet at Lipsand Tarn. The fastest trains under the wire, they are on track to be the biggest money makers for the Corridor.
(884.83 KiB) Not downloaded yet

Black & Co., Jul 19th, 1920#2.png
A list of all the named trains of the company. If you see one that catches your attention, let us know for a complementary brochure on the train.
(655.28 KiB) Not downloaded yet

256x256 map, minimal firs industries, much jankery/cheating to stay afloat, and an AI going quite mad with road vehicles. And JGR PP, Iron Horse Alpha 7, and Pikka's new 32ppx or whatever it is town set.

Welcome to hell in the cell.


I can get more pictures, or you can gaze at how my metros make a 15 million dollar loss a year.

hell.png
oh god man was not meant to build this
(262.71 KiB) Not downloaded yet

hell2.png
This is probably the most inefficient station on the network. 25 trains stop here. 10 platforms. it still jams.
(2.91 MiB) Not downloaded yet

Wordsley seems like a heck of a jam on the minimap...
NewGRFs by Tony Pixel :
North American Passenger Railroads
Not Enough Subways

So, Wordsley ain't my fault.

It's the AI fault. Roadrunner decided that between three stations, it needed to send 168 out of the maximum of 500 vehicles it's allowed to have to Wordsley.

And only built one drive through for each station.

Backlog was so bad that I cheated, switched companies and cleared up/fixed the mess.

Hasbury is the nearby passenger station, with many services calling there, including two long distance luxury trains, two high speed trains that don't run on the conventional HS1 from Tipton to Witmore Reans, many all stoppers on both the Central mainline and Coastal route, the Fast Mails, and two DMUs connecting the airport and the small harbor town of Brandhall.

Oh, so that's why. That recalls me trAIns AI which built horrible-looking lines, and which managed to stick 5 stations to one industry.

Too bad I don't have the screen.
NewGRFs by Tony Pixel :
North American Passenger Railroads
Not Enough Subways

Those are some rad livery choices

Can't stick with a map.

After realizing that my insane plans wouldn't work, I decided to torture myself further. Cargodist for everything.

As the name suggest, Pinujo Railroads is a railroad system based out of the harbor town of Pinujos. It covers the north west portion of the Arctic island of Zenvalia. The vast majority of traffic transported on the railroad is between the harbor of Pinujos to the Pinujos paper mill and chemical plant further down the line. Let us ride along with the local train that handles all services on the line.

We arrive at the harbor station, where our local, consisting of a "Gronk" shunter and a rake of small and experimental intermodel cars is loading up. The train is loaded with a containerized mix of kaloin (For the Paper Mill), potash, and ammonia (for the Chemical plant). The train is delayed by the manifest freight train, which covers all of the above, but also transports engineering supplies to the peat bogs north east of Pinujos.

To our right is a tunnel, a planned expansion down the coast to other areas. The company is in debates as if to expand, and there's been rumblings of another company starting up to provide better services.

Moving out of the yard, the train passes by the small concrete platforms of Pinujos passenger station. There is intermediate service on the "Coastal Star", a rake of a mail DMU, two passenger coaches, and a passenger DMU. That service is not profitable, but is mandated by the regional government as ensure passenger service in the isolated province.

We arrive at the paper plant, just a short distance away from the yard and town. Trucks move in and out, covering deliveries that the train cannot. Behind us, the manifest is delayed, holding up the mainline, while another freight train loaded with Potash blasts by us. That train will be carrying explosives on its return trip to a bulk terminal further down the coast.

We arrive at the chemical plant and unload our containers of potash and ammonia, while receiving containers of fertilizer and explosives to carry back on our return trip. We still have one more stop to make, as we must stop at the paper plant on the return trip to pick up any containers of paper waiting for us.
Something goes here, hell if I know.
Top

Heading back to the plant, we are forced to wait for the return explosives train. Further up, the Peat train can be seen, hauling a full load to the bulk terminal.

We'll head back to the yard and call it a trip, preparing for the next service.
Something goes here, hell if I know.
Top

Switching gears back to a more chaotic game, I've engaged in some world building to make use of subgroups liveries.

The temperate island of Tairngire (Full Name; Federal Republic of Tairngire) consists of four states, two independent cities, a free city, and a federal district. The country has seen itself grow and become a major self sufficient nation, exporting to other nations around the globe.

Stone Cross was so named as a result of sprouting up around a small Irish Monastery in the area. With the smooth plains and easy access to the water, Stone Cross is the heart of glass works on the island, as well as the end of the line for the Coastal Interurban system and the Penn Transit commuter rail network. Stone Plains also contains the town of Buckpool and Brickhouse, named after the abundant deer and brick industry respectively.

Centralia, and by extension Old Hill, is the most ancient state in the Republic, with human history dated back to the pre-Roman era. While its population fell as a result of migration to the cities of Penn and Pleck, Old Hill's status as a center town on the island sees it serviced daily by the High Speed Rail network and regular rail network, as well as being a junction for the two major Expressways on Tairngire.

A newly created state, Forgotonia was created as a result of the compromise that resulted in creation of the Federal Republic and the Federal District in 1983. Rural and isolated, the area has suffered from flight to the city of Pleck and the Freistadt of Lanesfield, leading to resentment of the other states on Tairngire. As further proof of it's isolation, the regular gauge railway network conducts no service here, only a small bus service funded by the state and a private narrow gauge railway linking the region to Lanesfield.

State of the Coast
Capital- Blowers Green, outlined in green.

Formerly the capital of Tairngire, the City gave up its status in order to resolve the constitutional crisis of 81-83. Built on a former Roman garrison town, and the capital of the Duchy of Tairngire under Irish-Norman rule. The city is busy, with Penn Union regarded as the busiest rail station on the Island. The city also contains two Airports, the PennBrickPool airport that sees daily service to the Federal District and Pleck, and Penn City airport, which sees daily service to Blowers Green.

Pleck, the largest city in Tairngire and the financial capital of the island, see itself as a major hub. Home to the only metro system on the Island, Pleck is Tairngire's gateway to the world, with daily air service to Dublin, London, Paris, and Frankfurt leaving Pleck International Airport.

Federal District of Zenvalia
Capital- none, state power delegated to the federal government, outlined in orange.

Newly created, the District of Zenvalia is considered to be Tairngire's folly. Created out from former Stone Plain land, the District sees daily high speed rail and air service, but suffers from lack of residents, due to little economic activity beyond the running of the Federal government.