I know that there are a few members and maybe even new members who would still like to play with Plastikman's Automod (it's been asked for in multiple topics). Since it is only thought to be available at AMITrains no one would ever thought that it would be available for download until the site is back up again...But then again here's your knight in shining armour with a nice solution to that problem.

Zimmlock once released another great scenario called Soldier Summit. Because you need the automod to play that (expert) scenario Zimmlock included (I guess Zimmlock was the only one allowed to upload Plastikman's Automod with permission from Plastikman himself) the automod with that scenario. So it's still available after all. I have tested it and it works fine. Off course you don't get all great US vehicles from AMITrains wich can carry the cargo-types needed to play the Automod so you must edit existing vehicles to transport these cargo-types. Fortunatly I have done the editing for you. 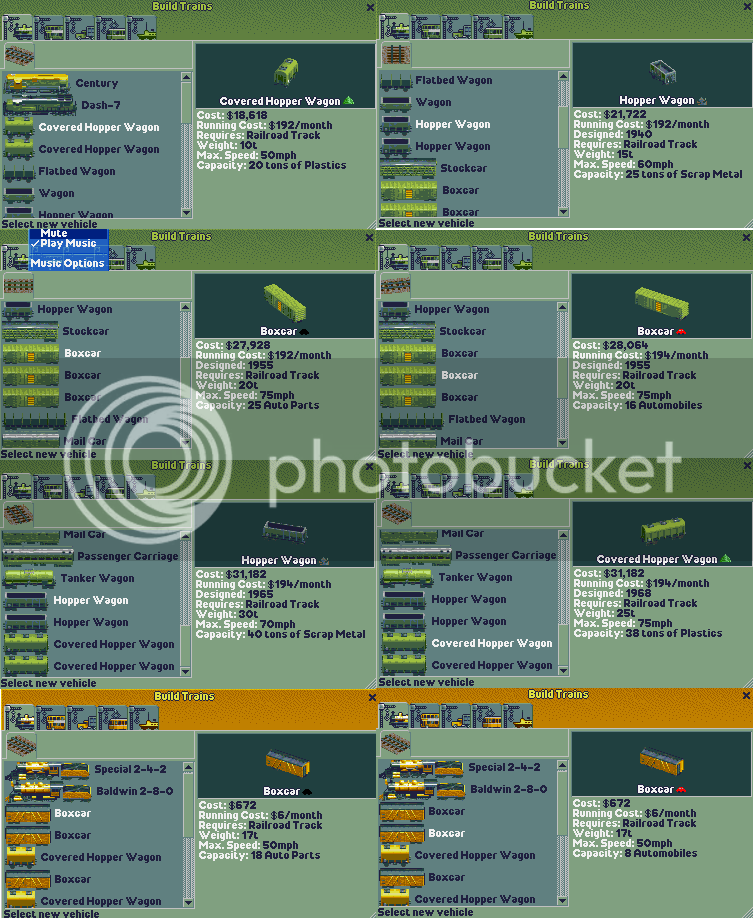 Automod Standard Vehicles.7z
You're gonna need these vehicles if you want to download and play Plasticman's automod !!!
(214.07 KiB) Downloaded 265 times

Here's where you can find Soldier Summit and Plastikman's Automod. The downloads can be found in the second post on the first page:
http://www.tt-forums.net/viewtopic.php? ... it#p963138

Have fun with the automod and still much thanks to Zimmlock for another great scenario and Plastikman for a nice mod !!

Aww, I was about to do this

I feel as though it would be easier with one single type of car where applicable however, instead of duplicate boxcars/wagons with different functions.
Nations Game Season 4 | Locomotion Screenshots | Twitch | YouTube | Noteflight

Zakos wrote:I feel as though it would be easier with one single type of car where applicable however, instead of duplicate boxcars/wagons with different functions.

I did this because Plasticman also released separate cars for this mod...and it really doesn't matter who does it, most important is that some one does it

Nice work. Now players have a choice, play the original, or use default vehicles. It's a wonder that this hasn't been done before.

Anyhow, excellent idea, should be quite challenging.

I know it was a nice idea, but this post has now became utterly useless. Amitrains has now been hosted by Owen Rudge, wich can be found here: http://www.locomotiondepot.net/amitrains/ wich is a good thing, no doubt about that !

So the only people who don't want to play with custom stuff can download these vehicles, but now that all the downloads from Amitrains have been fully restored the original automod and all the vehicles can be downloaded from there...Anyway, you might also want to check the small update for the food-mod that I released.